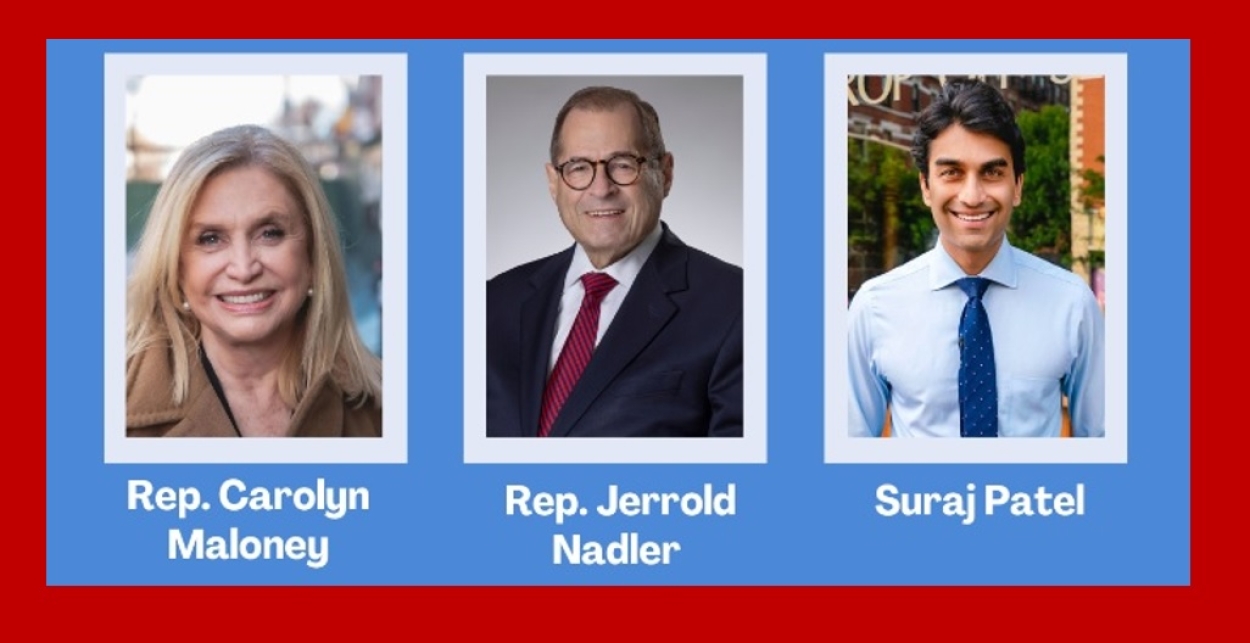 American expats who vote in Manhattan and who didn't manage to catch last week's 90-minute online panel discussion with three Democratic candidates who are vying for the 12th District's seat in the U.S. House of Representatives may wish to do so now, as the Democrats Abroad's Taxation Task Force has posted it online.

The three candidates include the 12th District's current member of the House of Representatives, Democrat Carolyn Maloney, who is also a co-founder of the Americans Abroad Caucus; Rep. Jerrold "Jerry" Nadler, also a Democrat, who currently represents New York's 10th Congressional District, but who is now having to go head-to-head with Rep. Maloney, owing to a redistricting; and Suraj Patel, a New York attorney who lectures on business at New York University – and who, according to his website, has chosen to run for the seat "because [the] Democrats need a new generation of leaders".

Patel also ran against Rep. Maloney in 2020, and says he came "within three points" of winning.

The New York Democratic primary is scheduled to take place on Aug. 23.

As reported, a New York state Democrats group known as the "DA State Teams" decided to organize last week's online panel discussion, in conjunction with the  Democrats Abroad's Taxation Task Force, in respose to the fact that New York's 12th District has one of the largest concentrations of Democrats living abroad of any voting district in the entire U.S.

The discussion features each of the candidates for the 12th District's seat in the House being asked to address various issues that typically affect Americans abroad, including taxation, access to financial services such as banking and other topics.

The Democrats Abroad says it doesn't endorse any candidates and that it is committed to remaining neutral for the duration of the primary. It also said that it had invited "all the candidates" running for the 12th Distict seat to participate in the discussion.