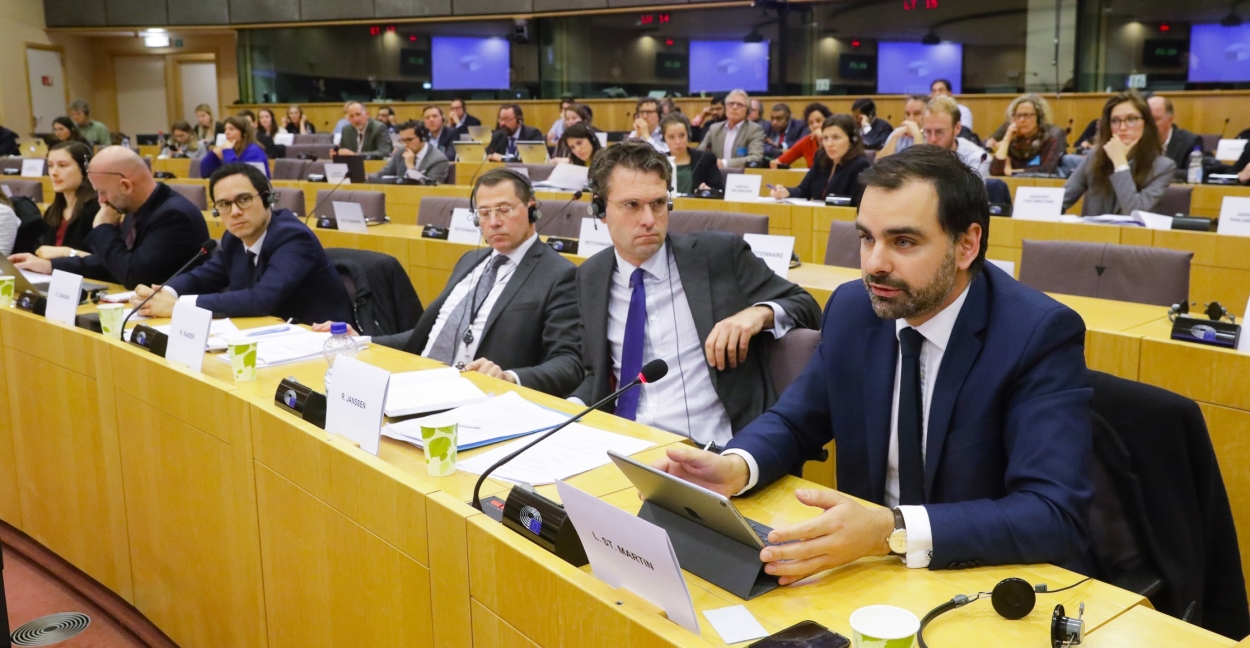 Members of the European Parliament's Committee on Petitions (PETI) will spend next week in Washington, DC, as part of what is being described as a "fact-finding mission" aimed at finding "concrete solutions" to the FATCA-related problems that "numerous EU citizens and their family members" are being impacted by.

The delegation is a follow-up to a number of petitions "relating to the effects of FATCA on EU citizens, especially those with dual EU-U.S. nationality," a recently-released European Parliament announcement said.

Among the issues such dual nationals struggle with, the announcement added, are "[the ability] to access some financial services and alleged infringements of EU rights and exemptions from some consumer protection legislation."

Traveling to Washington would enable the European lawmakers to engage in an "exchanges of views with tax officials, Senators and Representatives in Congress and stakeholders" and thus begin to solve the problems, the European Parliament announcement explained.

As the AXFNJ has been reporting since 2018, a number of dual EU-U.S. national individuals, often referred to as "accidental Americans", have filed petitions with the PETI committee since 2016. Also over the last few years, there've been a number of events, meetings and even hearings on the subject of how such dual nationals are struggling to cope with the demands placed upon them by the U.S. tax evasion-prevention law known as FATCA, and how they and others think that the situation might be fixed, ideally by EU lawmakers working with their U.S. counterparts.

It wasn't immediately known whether any of the four individuals thus far known to have filed petitions with PETI on FATCA-related subjects were planning to join the PETI delegation to Washington.

In November 2019, for example, PETI held a major, two-and-a-half hour hearing on the subject, from which the above photo was taken, and another hearing was held, online, in September of last year, at which some of those who most recently had their petitions on FATCA-related issues accepted by the Petitions Committee testified.

Earlier this year,  many of the petitioners as well as such individuals as Mishcon de Reya partner Filippo Noseda, who has represented various clients in their challenges of various aspects of FATCA over the last few years, reacted critically to reports that the European Commissioner for the Economy, Paolo Gentiloni has (again) played down what he saw as the European Commission's role in addressing the "monitoring and enforcement of EU data protection rules" that he had acknowledged that FATCA was causing.

As reported, Gentiloni had argued that because the EU was not, itself, "a party to [the bilateral] agreements" between the U.S. and EU member states that form the basis for the FATCA regime, the European Commission was therefore not in a position to be able to "discuss or negotiate" amending these agreements with the U.S.

FATCA, officially known as the Foreign Account Tax Compliance Act, was conceived by lawmakers in 2010 to discourage American taxpayers from hiding assets and income in non-U.S. financial institutions, such as banks, by penalizing these institutions if they were to be found to have any American-citizen (and Green Card-holding) account-holders whose accounts these institutions had failed to report to the U.S. every year.

The scale of FATCA's impact on U.S. expats, tax experts say, is due to the fact that the U.S., unlike every other country except for Eritrea, taxes its citizens on the basis of citizenship rather than where they live, which meant that millions of U.S. expats – and their non-U.S. banks – were suddenly landed with a significant reporting obligation to address every year. (Nationals of other countries who live outside of their home countries don't have anything like the same issues as a result of a similar "automatic information reporting" law that most of their countries signed up to after FATCA was introduced, known as the Common Reporting Standard.)