As the UK's tax collection agency, HM Revenue & Customs, is reported to be preparing to reach out to "hundreds" of customers of a bank located in Puerto Rico over possible tax irregularities, financial services industry observers have been pointing out that the bank in question is located in one of five U.S. territories that, like the United States itself, have not signed up to the OECD's Common Reporting Standard (CRS).

For some time, such observers and others have commented on the fact that those jurisdictions that have thus far avoided signing up to the CRS – which was agreed to in concept in 2014 by the Organisation for Economic Co-Operation and Development and G20 (Group of 20 Nations), and began to come into force in 2017 – are in a position to potentially enable taxpayers in CRS-signatory countries to avoid being taxed on any money they happen to stash in banks and financial institutions located in such non-CRS-participating places. 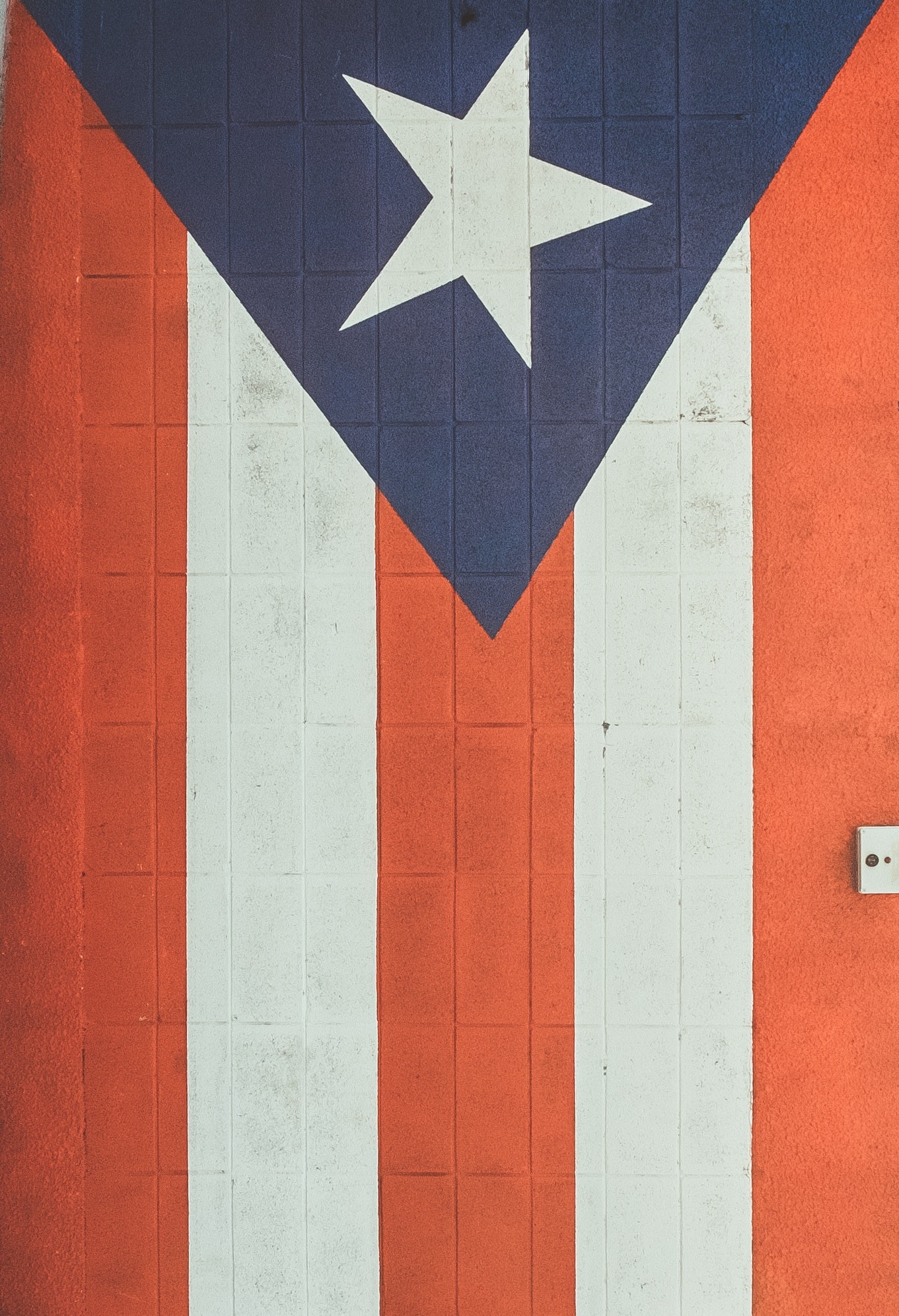 As reported here in May, for example, the UK-based Tax Justice Network said it had moved the U.S. up to the top spot in its "Financial Secrecy Index" on the basis that it had scored "the worst [secrecy] rating ever recorded" by a jurisdiction since it began ranking countries on the basis of their financial secrecy in 2009, "mostly" owing to its "again failing to meet international standards and practice on information exchange with other countries".

The U.S. has said it doesn't need to participate in the CRS because it already has the Foreign Account Tax Compliance Act, which it introduced in 2010, and which went live in 2014.

News that HMRC was planning to investigate the offshore holdings of British taxpayers known to have accounts with Puerto Rico-based Euro Pacific Bank came last month, in the wake of news that Puerto Rico's Office of the Commissioner of Financial Institutions (OCIF) had issued a cease-and-desist order against the bank in June, following what was described as "a global investigation effort launched two years ago" by the so-called Joint Chiefs of Global Tax Enforcement (J5).

The J5 was formed in 2018 by the tax enforcement agencies of five major countries – HMRC, the U.S. Internal Revenue Service, the Australian Taxation Office, the Canadian Revenue Agency and the Dutch Fiscal Information and Investigation Service – for the stated purpose of "work[ing] together to gather information, share intelligence and conduct coordinated operations against transnational financial crimes."

In a statement on July 1, HMRC referred to the OCIF's order and said that it was "now investigating the tax affairs of hundreds of UK customes linked to the Puerto Rican bank, and urge[s] those with connections to the bank to contact HMRC."

It added: "If UK individuals linked to the bank are evading tax, we urge them to come and talk to us and make a disclosure under the Worldwide Disclosure Facility.

"Customers of the bank can make a disclosure here  and here."

The HMRC statement coincided with a joint statement issued by the J5 member countries, in which they said that they "commended a decision announced by Puerto Rico’s financial institution regulator...to suspend the operations" of  Euro Pacific Bank, which they noted came two years after the J5 had carried out a "global day-of-action" aimed at stopping "the suspected facilitation of offshore tax evasion and money laundering by the bank."

"Known as Operation Atlantis, the 2020 day-of-action was the first major operational activity for the J5," the statement, which may be read on the IRS's website, continues.

"The 2020 day-of-action occurred as part of a series of internationally-led investigations that revealed a number of clients used a series of sophisticated structures and international financial institutions to obfuscate their tax situations.

"These conscious attempts were for the purpose of evading their tax obligations and/or laundering the proceeds of their crimes."

The five U.S. territories that, like the U.S. itself, have not signed up to the Common Reporting Standard (formally known as the CRS Multilateral Competent Authority Agreement (CRS MCAA), in addition to Puerto Rico are American Samoa, Guam, the U.S. Virgin Islands and the Northern Mariana Islands. All five territories are, however, included on the IRS's FATCA Registration Country Jurisdiction Listing, which currently shows some 248 names (more than double the 117 CRS signatories).

HMRC has never shied away from investigated individual UK taxpayers whom it has had reason to believe may have kept money in overseas accounts to avoid having to declare assets and income for tax purposes. And because the UK was one of the first countries to sign up to the Common Reporting Standard, British taxpayers have had a harder time doing this, in theory at least, than taxpayers in certain other countries that took longer to join the club.

Nevertheless, the fact that the target in this case are customers of a specific bank located in a U.S. territory that hasn't signed up to the CRS is seen as being of particular interest now, as lawmakers in such countries as France as well as the European Union itself have been calling on the U.S. to begin to reciprocate with respect to the information currently being provided to the IRS about the accounts held by U.S. taxpayers with accounts in "foreign" countries around the world, by providing these "foreign" countries with the same information about any accounts that their taxpayers may be holding in U.S. banks and financial institutions.

In tax authorities' crosshairs since
2020...now in liquidation 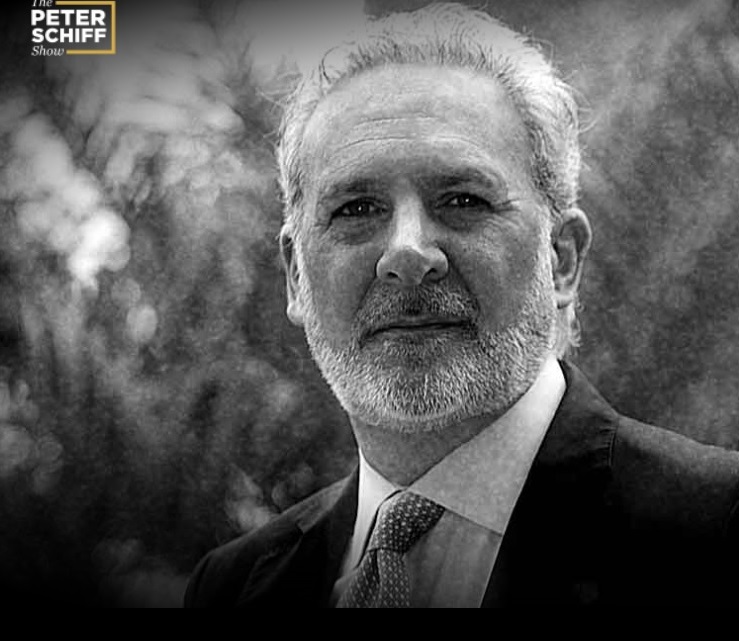 As noted above, and as a series of articles published by The New York Times beginning in 2020 suggest, Euro Pacific Bank has been in the crosshairs of the tax authorities of the J5 countries for the past two years. Earlier this month, in response to the Puerto Rican financial regulator's action in June, the bank's founder and majority owner, Peter Schiff, announced he'd agreed a deal to liquidate the bank.

Unusually for the founder of a financial institution at the center of such attention, Schiff, who is American and who now lives in Puerto Rico, is a fairly well-known economist, financial commentator and media personality, who has his own podcast, the Peter Schiff Show. The New York Times described him, in a lengthy article in October 2020, as "a well-known libertarian economist with a deep-seated animosity to paying taxes, who earned the name Dr. Doom after correctly predicting the 2007-8 financial collapse".

These days, to judge by a 500-word statement on the bank's website (from which the photo of him, left, is taken), Schiff is emerging as a man determined to address the problems his bank has run into as quickly as possible, while maintaining his and his bank's innocence.

"I am not admitting to any legal wrongdoing, either on the part of the bank or me personally," Schiff says in his statement, dated Aug. 10, which may be viewed on the Euro Pacific Bank's website by clicking here.

"In addition, I personally contributed over US$10 million of my own money into the bank, over US$7 million since Oct. of 2020, specifically to protect depositors from large operating losses caused by [press coverage by an Australian television station in 2020], and now implied through innuendo by the IRS and J5 during the recent OCIF press conference."

He says he "agreed to lead the orderly liquidation of the bank as the only feasible option available" and that he "chose to settle this case, including the payment of a monetary sum, because, as is the case with any settlement, I just want to want to put this matter behind me and move on."

Schiff begins his website statement by first expressing his "appreciation to the OCIF Commissioner for her honest admission made during [a] June 30th press conference," in which he says that she responded to a direct question from a reporter as to whether “Euro Pacific Bank helped its clients commit money laundering and tax evasion" by saying "that is a conclusion that has not been made" and that "the actions taken [by the OCIF against the bank] were 'solely based on the findings of the report of the examination'."

She also, he said, reiterated that "the action [taken against Euro Pacific] is not based on claims of money laundering or other financial crimes".

Schiff also said he takes as a matter of pride that, as preparations have begun to liquidate his bank, its trustees have determined that "as of June 30th, the date the bank was placed into receivership, it held 'an excess cash position to cover all deposits',...because [it] never loaned out any of its deposits.

"Since the bank also has no debt, after depositors are made whole, the plan will seek to pay all outstanding bills and other contractual obligations of the bank in full."