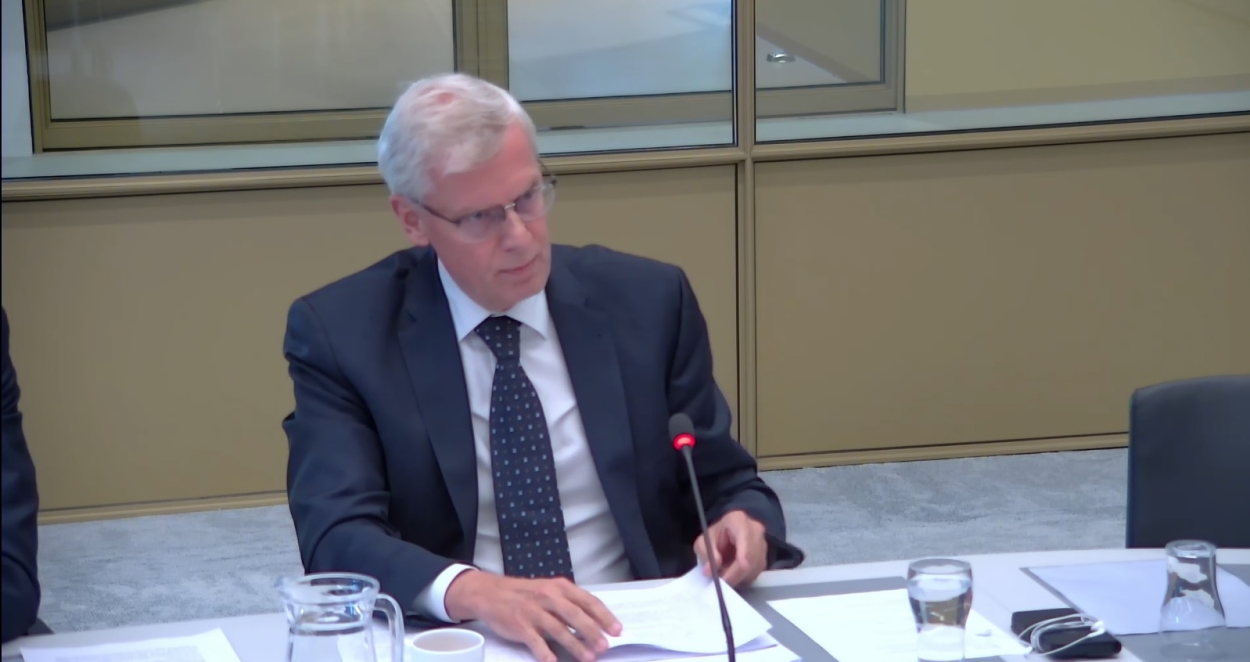 The back-and-forth between the Dutch government and so-called accidental Americans who happen to be Dutch residents and citizens has resumed within the last few days, with a "Fourth Progress Letter [on] FATCA" having been issued on Monday by the country's State Secretary for Finance, Marnix van Rij. As usual, a response was immediately forthcoming from the Netherlands Association of Accidental Americans (NLAA) – which, again as usual, insisted that in fact, "no progress" on FATCA had yet been made.

The exchanges came just ahead of today, which, being Sept. 1, is the day after which banks in the Netherlands, as reported, had been told that they can begin to require any American citizen who wishes to obtain or keep a bank account to be provide them with either a Social Security number/U.S. Tax Identification Number or a Certificate of Loss of Nationality (CLN), in compliance with the Foreign Account Tax Compliance Act.

Thus far, there have been no reports of any change in this situation, meaning that as of today, accidental Americans in the Netherlands will have few options other than to apply to the U.S. for a TIN, or begin the process of renouncing their U.S. citizenship, even though they may never have formalized this citizenship previously.

The publication of van Rij's Fourth FATCA Progress Letter and the NLAA's emailed response also come a little more than two months after van Rij told a public meeting of a Dutch House of Representatives (Tweede Kamer) hearing that he planned to ask – for a second time – for the country's data protection authority, known as the Autoriteit Persoonsgegevens, or AP, to revisit FATCA, in view of significant data protection concerns that were first raised in 2020 by the European Court of Justice's striking down of the main mechanism that EU member states have traditionally relied on to protect the personal data of their citizens. Also at that hearing, van Rij vowed that he himself would pursue a thorough review of FATCA from a data protection perspective.

"We are very disappointed with the Fourth Progress Letter from State Secretary for Finance Marnix van Rij on FATCA," the NLAA's emailed response – which it says it sent to all the Dutch House of Representatives'  Finance Committee members, and which was dated Aug.31 – begins.

"No progress has been made yet, because there is not much news in the letter.

"It is astonishing that [the Finance Committee of the Dutch House of Representatives] is hiding behind certain ongoing procedures underway at the Autoriteit Persoonsgegevens, having to do with its response to  the Dutch FATCA-IGA.

"We, as an interest group of Dutch Accidental Americans, are party to one of those procedures.

"The AP has informed us that it will not be able to provide a response to us before the end of September.

"We have been trying to get a response from the AP for years."

The NLAA notes that this lack of response had been explained by the AP as having been due to its previously-existing "prioritisation policy", but adds that this has meant it "and other European [accidental]  Americans are being sent from pillar to post in our opinion...

"The whole thing is Kafkaesque."

The NLAA ends its letter of response to van Rij's Fourth FATCA Progress Letter by adding that what is being presented as a potentially-valuable, previously-unknown option for Dutch accidental Americans to be able to keep their bank accounts if they have balances of less than US$50,000 is, in fact, only available to banks' "existing customers, which means that [accidental] Americans can no longer switch to another bank" even if they fall below that amount.

"It is unbelievable that the Netherlands unquestioningly accepts extraterritorial American legislation – legislation that harms its own citizens.

"When will FATCA be back on the Finance Committee's agenda?

As reported, accidental Americans living in the Netherlands had been told last year that banks in that country wouldn't be required to obtain either Social Security numbers or a Certificate of Loss of Nationality (CLN) in order to keep their accounts open until Sept. 1, 2022 (today).

Thus far, there have been no reports of any change in this situation, meaning that as of today, accidental Americans in the Netherlands may be told by their banks that they must close their accounts if they are unable to provide a Tax Identification Number (such as a Social Security number) or CLN.

To view State Secretary for Finance Marnix van Rij's Fourth FATCA Progress Letter, which is written in Dutch, click here and then click on the box that says "Download 'Vierde voortgangsbrief FATCA'".

"Accidental Americans" (also sometimes called “coincidence” and “unintentional” Americans in Dutch) refers to individuals who are citizens of countries other than the U.S., but who are considered by the U.S. under its "jus soli" citizenship policy to be American citizens. This in turn means that they're obliged to file tax returns to the U.S. government every year, because they were either born in the U.S. or have at least one parent who is American, even though they have never lived in the States, except, in some situations, briefly as babies or young children.

They may also be expected to pay U.S. taxes on certain income in addition to having to file certain "information" documents, such as annual Foreign Bank Account Reports, which can involve significant penalties if not filed, or filed in error.

While this has been official U.S. policy since the 1800s, it was FATCA that suddenly shone a spotlight on Americans around the globe who until then had not been aware that they were considered to be U.S. taxpayers, particularly these "accidentals". The Paris-based Association of Accidental Americans has estimated that there are as many as 300,000 accidentals across Europe.