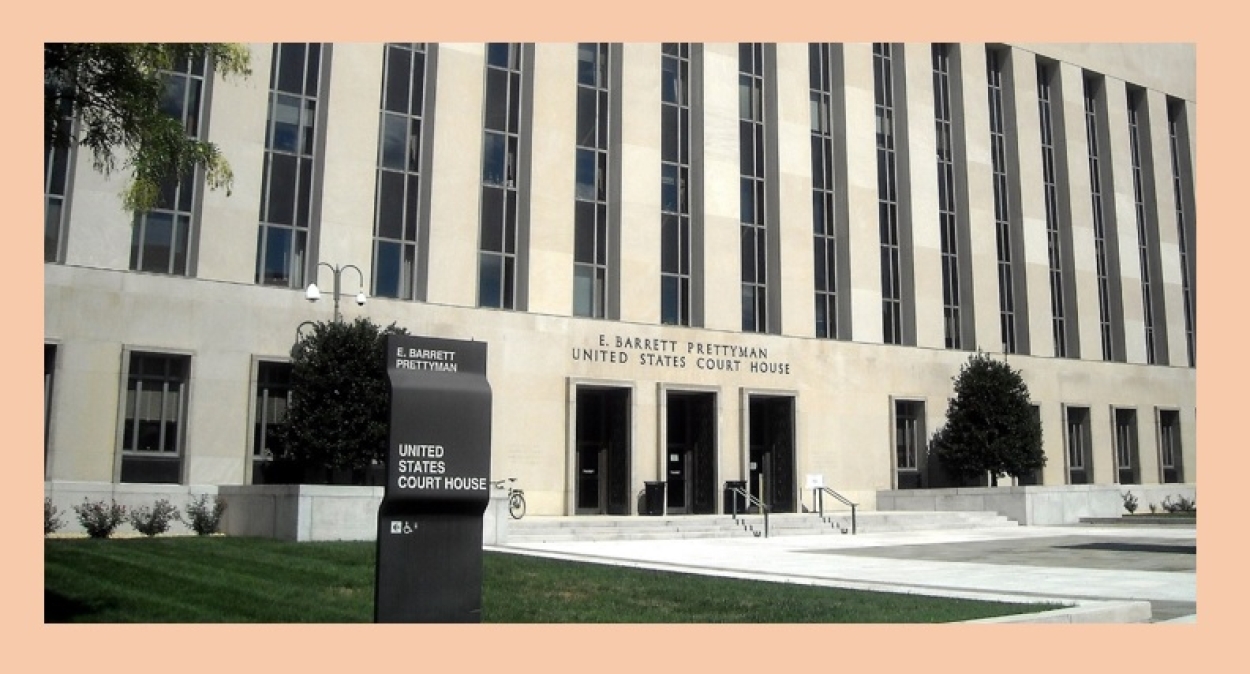 The Association of Accidental Americans, a Paris-based advocacy organization, together with 20 “accidental Americans” (persons deemed to be U.S. citizens because they happened to have been born in the U.S. but who've lived all of the rest of their lives elsewhere, as citizens of other countries), yesterday filed a motion to expedite a legal challenge it filed in 2020, over the legality of the Renunciation Fee.

Like the original legal challenge, the "Plaintiffs' Motion to Expedite" was filed in tht U.S. District Court in Washington, DC by the lawyers representing the accidental Americans in the matter, Marc Zell and Noam Schreiber of Zell & Associates International Advocates, LLC., which has offices in New York and Jerusalem.

As reported, the plaintiffs, who are said to reside in some 13 different countries around the world, originally brought their complaint in December of 2020, in which they alleged that the US$2,350 fee the U.S. currently charges those wishing to renounce their American citizenship violates the U.S. Constitution and international law, and that an individual's right to renounce their U.S. citizenship "is a fundamental, constitutional, natural and inherent right under the U.S. Constitution". The defendants are the "U.S. Department of State, et al".

The US$2,350 fee, they point out, is significantly higher than that charged by any other nation for the voluntary renunciation of citizenship, with many countries not charging any fee at all to expatriate. This was also the case in the U.S. for more than 200 years, they point out, first changing in 2010, when it was priced at US$450. This was increased fivefold in 2014, however, to the current US$2,350 (€2,275, £2,056), which was explained at the time as being necessary to cover the increased costs of handling such renunciations.

In a statement the AAA released yesterday, the organization noted that cross-motions for summary judgment in the case are "currently pending" and have been for exactly one year "as of today".

"In the meantime," the plaintiffs say, in their Motion to Expedite, "the individual plaintiffs and the members of the organizational plaintiff [the AAA], all 'accidental Americans', have been prevented from renouncing their U.S. citizenship, due to the exorbitant renunciation fee.

"Practically speaking, for most of the plaintiffs, the delay in resolving the dispositive motions means that they are being prevented from carrying out their financial affairs and daily lives in their home countries, because of the restrictions and disabilities imposed upon them by reason of their American citizenship.

"These exigencies have left [the] plaintiffs no choice but to file the present motion, in the hopes of expediting a final decision on the pending dispositive motions."

The AAA's statement, which may be viewed on the organization's Facebook page here,  concludes with a comment by one of the plaintiffs in the legal challenge, Miriam Kupper, who is quoted as saying that the court's delay in rendering a decision in the matter was causing her "daily harm."

"The clock is ticking," she added. "Every day that the cost of renunciation remains at the exorbitant fee of US$2,350, is a day that prevents me from renouncing and securing financial stability, peace of mind, and exercising a natural right.

More information and links to court documents may be found on the AAA's website, by clicking here.

Asked for a comment, a State Department spokesperson said that "as a general matter, we do not comment on pending litigation."

One of several AAA legal challenges

Yesterday's court action was the latest in a series of similar cases the AAA has brought, mainly in Europe, since it was founded in 2017 by Fabien Lehagre. It now has around 1,400 members.

Lehagre, pictured left, is a California-born accidental whose French father brought him back to France at the age of 18 months.

As reported, the AAA filed a complaint against France in 2019 with the European Commission, alleging that the country was infringing European data protection and privacy law, after having filed lawsuits earlier in the year against a number of online banks in France for discriminating against Franco-American dual nationals by refusing to open bank accounts for them because of their U.S. citizenship status.

The AAA also challenged the French government's implementation of FATCA, on behalf of the U.S., arguing that it violated the privacy of dual French/American citizens, but lost the case in July 2019, after France's Conseil d'Etat ruled that the law could stand and didn't need changing or to be scrapped.

Lehagre announced the AAA's plans to launch a crowd-funded legal challenge to the renunciation fee in August of 2020, and within less than a month, said the crowd-funding target of €20,000 had been met.

Since then, he has been seeking accidental Americans from as many different countries as possible to join him in the case, as co-plaintiffs, with the result that the names of 19 other accidentals from a total of 10 different countries are listed alongside his name, and that of the l’Association des Américains Accidentels, as plaintiffs.

In the original press summary of their 66-page complaint, Lehagre and his fellow plaintiffs argued that the State Department's fee violated "not only the Due Process clause of the Fifth Amendment of the U.S. Constitution, but also the First Amendment, guaranteeing freedom of expression, and the Eighth Amendment, precluding excessive fines to punish individuals wishing to sever all connection with the U.S."

They also noted that the fee violates the U.S. Administrative Procedure Act, as well as international law.

Until recently, the term "accidental Americans" didn't even exist, because even though those born in the U.S. have technically been regarded as U.S. citizens, as America's citizenship-based tax regime dates back to the U.S. Civil War (1860s), but wasn't enforced from a tax perspective until a 2010 U.S. tax evasion-prevention law known as FATCA began to be enforced. (As is often noted, the U.S. is the only country besides Eritrea that taxes on the basis of citizenship).

Within the last few years especially, tens of thousands of "accidental Americans" around the world have begun to learn about their  perceived U.S. citizenship, and consequent tax-reporting obligations, typically after their banks have informed them that they will lose their bank accounts unless they are able to provide the bank with a Tax Information Number, such as a Social Security number, which few of them have.

In addition to bank accounts, such accidentals are facing the inability to take out or maintain mortgages, life insurance and start-up loans in their home countries, according to Lehagre, while potentially getting hit with financial penalties and the obligation to pay back taxes for their years of alleged non-compliance with U.S. tax laws.

The exact number of such accidentals is unknown, but there are estimated to be more than 300,000 in Europe, of which French banking industry officials have said around 40,000 are thought to live in France, and thus are at risk of losing their bank accounts.