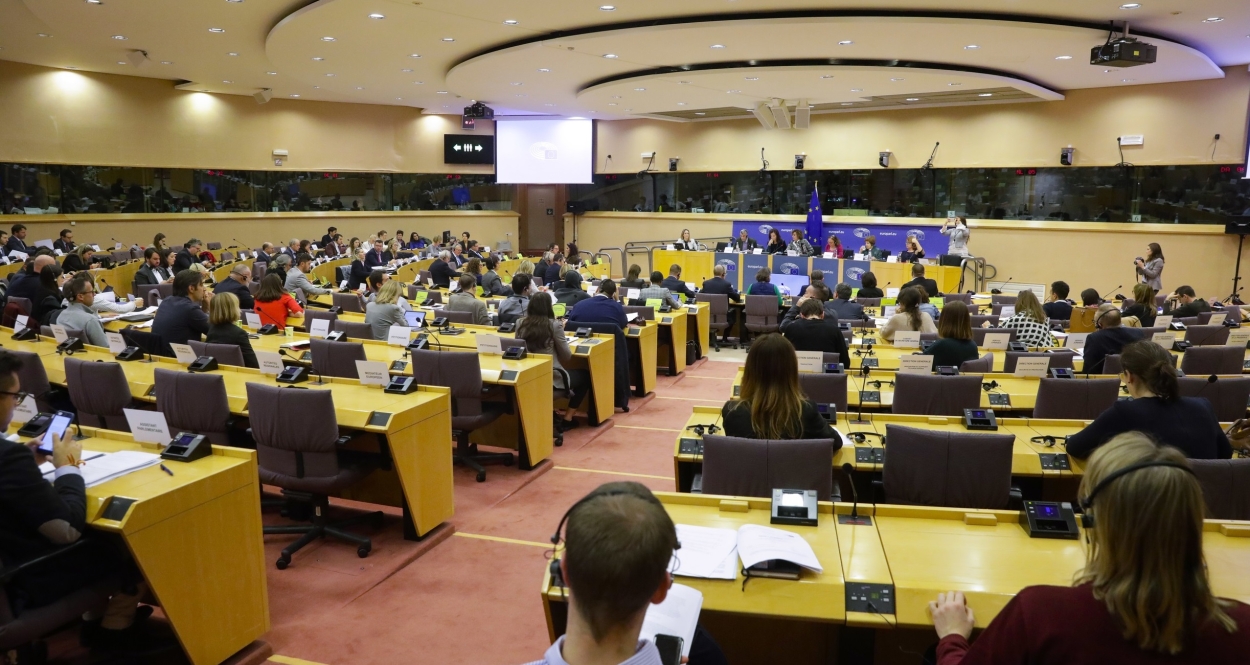 (..as FATCA critics respond with calls for immediate EU action)

A new report by a European Parliamentary think tank that had been commissioned by the Parliament's Committee on Petitions (PETI) to "update" a previous report on the subject of "FATCA Legislation and its Application at the International and EU Level" is being welcomed by FATCA critics in Europe for its acknowledgement of certain  concerns about the way the U.S. Foreign Account Tax Compliance Act is implemented that the original report didn't fully identify.

But such critics say that the fact that the original report that has now been updated was published four years ago – and that there has been much criticism of FATCA during this time, for some of the reasons mentioned in the update, which was unveiled last Thursday – should be acknowledged by EU lawmakers as evidence that they must take action to address the key FATCA implementation concerns "immediately", and call on their American counterparts to do the same.

Among these concerns, they note, is what they argue is the incompatibility of FATCA with the European Union's General Data Protection Regulation (GDPR), which came into force across Europe in 2018 (and thus four years after FATCA was brought in), as well as the fact that FATCA creates an incentive for EU banks to avoid accepting American citizens as account-holders. As spokespeople for so-called accidental Americans – typically European citizens who happened to have been born in the U.S. to EU parents – have been saying for years, this makes it impossible for them to go about their lives as EU citizens in a financially normal way. 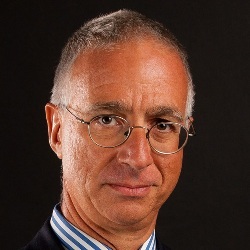 The lead author of the 24-page report, which may be found on the European Parliament's website by clicking here, was Carlo Garbarino (pictured left), an associate professor of Milan's Bocconi University's law school, who also wrote the original 2018 report, entitled FATCA Legislation and its Application at International and EU Level.

(The original report may be viewed by clicking here.)

The fact that the necessary guidelines from the European Data Protection Board (EDPB) for implementing the GDPR across Europe have "yet to be released" is among Garbarino's key points, which he outlines in the report's introduction.

He also notes here that there are "two main instances in which FATCA, via  [the intergovernmental agreements (IGAs) that are used to implement it], conflicts with EU law: in the [first instance],  FATCA data are retained and transmitted by EU financial intermediaries, and [thus] create an issue of procedural safeguards and data protection; while in the [second], data are not acquired by EU financial intermediaries [such as banks that] refuse to provide services" to those who would be affected by FATCA, which is to say, American citizens.

"In this situation, the FATCA impact may directly infringe on the substantive rights of individuals, such as accidental Americans" who, under EU law, banks are obliged to provide basic banking services to, Garbarino says.

Later on in the updated report, Garbarino addresses what some consider a particularly controversial aspect of FATCA – the fact that it is non-reciprocal, and thus, it is alleged, helps to enable non-Americans to stash their wealth in U.S. banks and financial institutions without having to worry about reporting it, for tax purposes, to their home governments.

(In May, a London-based organization called the Tax Justice Network put the U.S. at the top of its "Financial Secrecy Index" on grounds that, with the help of FATCA's lack of reciprocity, it had achieved the highest rating for financial secrecy the TJN had ever recorded since it began ranking countries on the basis of their financial secrecy in 2009.)

And even now, Garbarino notes, "there have been only slight indications in the direction of reciprocity for the exchange of tax data" on the part of the U.S., although he does point out that IRS Commissioner Charles Rettig had, earlier this year, "communicated his support for the...Stop Tax Haven Abuse Act," a bill proposed in 2021 by two long-serving Democrats, which according to Garbarino, contains a reciprocal FATCA provision.

"Rettig stated that 'the United States should make good on its promise to other nations now providing taxpayer information under the Foreign Account Tax Compliance Act...to send them similar information in exchange."

Garbarino ends his report by "confirming the policy suggestions" he made in his original, 2018 assessment "and advised by the European Parliament in the resolution of 5 July 2018 that attain to (i) bilateral EU-U.S. policies, (ii) unilateral EU policies, and (iii) multilateral policies in a broader sense.

"These policy suggestions are obviously impacted by the institutional constraints that have been highlighted in this in-depth analysis," he concludes.

"Bilateral EU-U.S. policies essentially imply the modifications of IGAs to align with GDPR and providing full reciprocity in the transfer of tax data between the EU and the U.S.

He ends the report with what he calls the "three main actions in this area: The U.S.’s failure to honour reciprocal guiding information exchange could lead to an investigation into the possibility for the EU of enacting 'blocking legislation about reciprocity', that would apply until such time as the reciprocity is re-established in relation to FATCA;  'blocking legislation about selected items' would apply until such time as certain FATCA criticalities in respect to Accidental Americans are mitigated by the U.S...

"[And], to allow only transfers from the EU of FATCA data associated with U.S. persons who are not EU residents until a pre-defined set of bilateral measures are adopted, for example: (a) re-negotiation of IGA to afford reciprocal treatment, with respect to exchange of tax information; and (b) establishment of safeguards to data protection under GDPR."

Probably the first to react to Garbarino's updated FATCA report was London-based Mishcon de Reya partner Filippo Noseda, who has represented a number of parties based in the European Union affected by FATCA over the last few years, including "Jenny," a U.S.-born, UK-resident woman who has become well-known in certain American expat circles for her ongoing, crowd-funded challenge about the way she says the UK has allowed her personal financial data to be shared with the U.S. authorities under FATCA.

Within hours of Garbarino's report going live, Noseda fired off a letter to its author, in which he calls attention to "such additional background information" as the "frustration" of "the authors of various EU FATCA petitions" with respect to "the 'merry-go-round' between the [European] Commission and the EDPB", as well as "a 100-plus pages Hacking and Data Breaches List that shows how compliant  EU citizens are exposed to unnecessary and disproportionate risks as a result of their data being subject to mass processing."

(It is understood that Noseda's letter will be posted with other correspondence having to do with FATCA on the Mishcon de Reya website in due course.)

"The GDPR conclusions [in this latest report] are exactly the same as the ones contained in the 2018 report," Noseda added.

"In other words, through veiled and diplomatic language, [this report enables] the PETI committee to take the European Commission and the EDPB to task.

"Most recently, following a barrage of fire and a flurry of activities from EU-petitioners, the European Parliament [via its PETI committee] has commissioned this just-published update to the 2018 report, the manuscript of which was completed in July, or so it says.

"The question remains: What is the Commission waiting for?"

The Netherlands Accidental Americans Association was also quick to react to the release of the updated report, including a mention of it in an emailed letter to various Dutch lawmakers last week, including members of the Dutch House of Representatives (Tweede Kamer) and the Dutch data protection authority (Autoriteit Persoonsgegevens).

"We totally agree with Garbarino's findings [in the updated FATCA report]," Jet Barendregt, of the NLAA, told the AXFNJ this week.

"We have been writing and calling the Dutch government's attention to these issues for years. At the NLAA, our focus has always been on the compatibility of the U.S.'s extraterritorial FATCA legislation with the laws of the EU and its member states.

"The big question as we see it now is, what will the Member States' data protection authorities do? Will they join that of Slovakia, which recently [in August 2021, but made public this month by the Paris-based Association of Accidental Americans on its Facebook page] issued a statement in which it informed the Slovak government that Slovakia's FATCA IGA absolutely does not comply with the GDPR's regulations?

"And more specifically, in our case, we wonder how the AP [the Dutch data protection authority] is planning to handle the complaints of several Dutch citizens who happen to U.S. persons, which they are currently reviewing, one of which has been submitted by us at the NLAA.

"As we understand it, the AP won't undertake a second review of the Dutch FATCA IGA until it's completed these reviews, as per a request by our Finance Secretary, Marnix van Rij."

'This insanity must stop'

Vincent Wellens, a partner in the Luxembourg office of the international law firm Nauta Dutilh, which has represented (and is currently still representing) the Paris-based Association of Accidental Americans in a number of its legal challenges over the way the U.S. treats those citizens of other countries whom the U.S. considers to be Americans, also expressed the view that the time for addressing the problems that FATCA is causing tens of thousands of European citizens had long since arrived.

"This [latest] report clearly repeats [previous statements] that the personal data flows involved in complying with FATCA are in violation of data protection rules having to do with international data transfers, as the FATCA framework simply does not provide for the kinds of safeguards that the General Data Protection Regulation requires," he said.

"This insanity must stop."

Referring to what he called "the famous Schrems II judgment" – which was handed down in July 2020 by the European Court of Justice (CJEU), and which, as reported, struck down the main mechanism used by the EU to protect the personal data of EU citizens when it's transferred to the U.S. under FATCA, thus invalidating what had been known as known as the "Privacy Shield" and calling for new safeguards to be introduced – Wellens said it was not to be expected for entities located in the EU to do "quasi-impossible exercises" aimed at achieving GDPR compliance in their data transfers if the European Union failed to "hold EU Member States accountable" for data transfers that, in fact, were "unjustified, and in many cases unnecessary, international bulk transfers".

Wellens noted that to its credit, the updated report mentioned the importance of those whose personal data is being transferred "to have adequate information" about such transfers.

"The FATCA legal framework clearly has lacunae in terms of this," he said, adding that this was "also an element that we have highlighted in our different procedures across the Benelux region."

*  Americans and 'accidentals' in Europe react, after EU's Gentiloni quoted saying FATCA not a bloc issue

More in this category: « Taxpayer Advocacy Panel's Lammers tells ACA how expats can use TAP to make their voices heard Citigroup announces plan to 'wind down' its UK retail banking business to focus on 'select wealth clients' »