An appeals court in Ottawa has affirmed the constitutionality of the way the Canadian government allows Canadian financial institutions to share the information of their U.S. account-holders with the authorities in the U.S., ending the latest round of a years-long battle by two U.S. born Canadian women who are known informally to their supporters as "Gwen and Kazia."

The ruling was met with mostly resigned acceptance by U.S. expatriates and "accidental Americans" living in Canada, to judge by comments on the Isaac Brock Society website, which is managed and read by U.S. expats and accidentals, although some nevertheless used words like "disgusting", "sad" and "travesty of justice".

"Gwendolyn and Kazia are true Canadian heroines," one commentator on the website wrote.

"The Canadian government’s excuse that its actions are justified in order to give in to a bully is so appalling I don’t even know what to say."

In its ruling handed down last week, the Federal Court of Appeal in Ottawa agreed with a judge's decision in July of 2019 to dismiss their challenge of the way Canada implements the U.S.'s Foreign Account Tax Compliance Act (FATCA), which came into force in Canada in 2014.

As reported, Gwendolyn ("Gwen") Louise Deegan and Kazia Highton, both of whom have lived most of their lives in Canada, filed their crowd-funded appeal in October of 2019, which was being supported by a Canadian organization known as the Alliance for the Defence of Canadian Sovereignty (ADCS). The hearings took place in March of this year in Vancouver.

Named as defendants in the court papers were the Attorney General of Canada and the Minister of National Revenue.

In their challenge, Deegan and Highton argued that the way FATCA was implemented in Canada breached their rights under Canada's Charter of Rights and Freedoms. 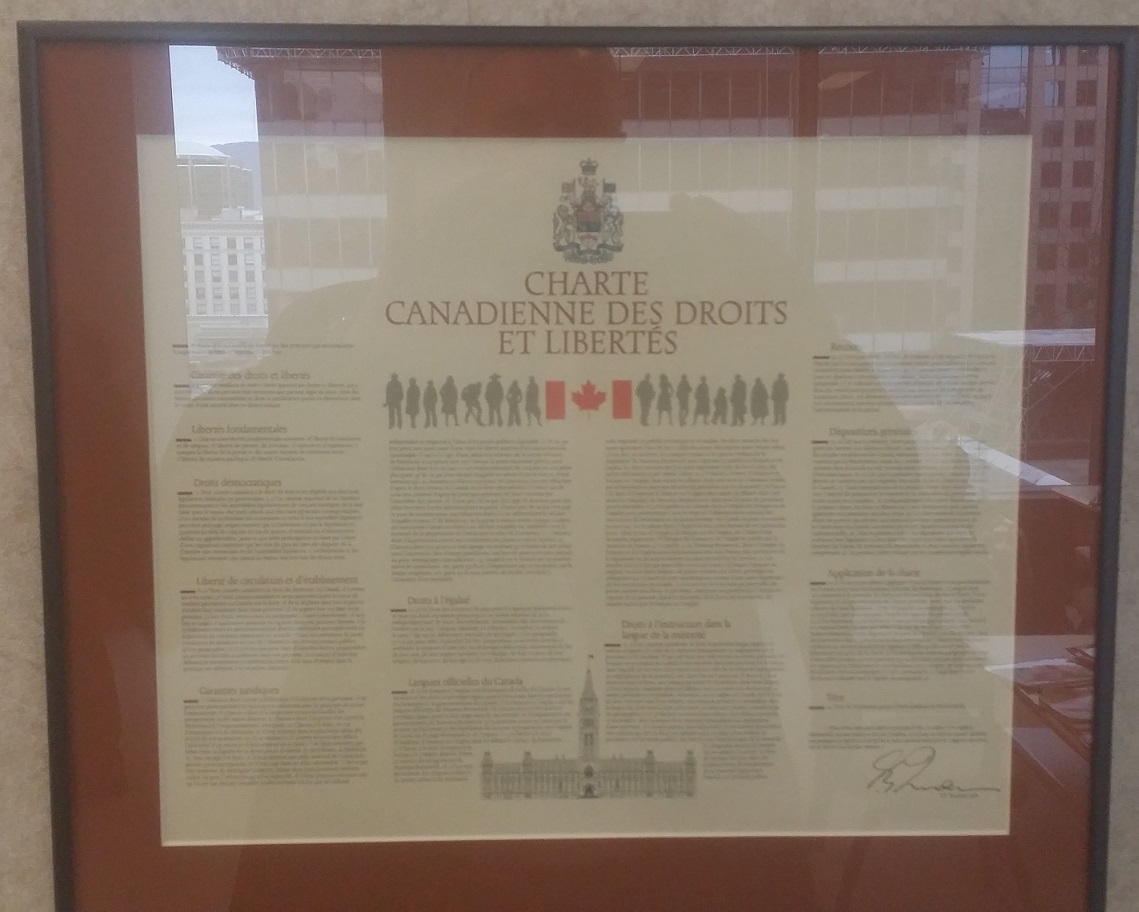 The charter, pictured left, protects Canadian citizens from the "unreasonable seizure" of their financial information, and guarantees them equality under the law "regardless of their citizenship or their national or ethnic origin."

However, the Court of Appeal said it didn't see a reason to overturn Justice Judith Woods' decision in 2019 to dismiss Gwen and Kazia's claim, arguing, in the words of Justice Judith Woods, who wrote the decision on behalf of the three three-judge panel that considered the case.

Wrote Woods: "I conclude that the issues raised by the appellants in this appeal do not affect the conclusion reached by the Federal Court.

"Accordingly, the Court did not err in concluding that the Impugned Provisions do not violate s. 8 of the Charter."

Asked whether the ADCS was planning to continue to challenge FATCA, a spokesperson for the organization, Toronto-based lawyer and anti-FATCA campaigner John Richardson, said that for now the ADCS was still "digesting the decision" and that it would formally announce its response "after consideration of the options".

One of a number of legal challenges

The long-running Gwen and Kazia case is one of a number of legal challenges that have been brought around the world since FATCA came into force, amid much controversy and opposition, around the world eight years ago, after having been signed into law by President Obama in 2010.

However, thus far the only notable success  (to the extent it could be considered to be a success) came last December, when, as reported, a Dutch appeals court ruled that a Dutch citizen born to Dutch parents in the U.S., but with no other connection to that country, was entitled to keep his accounts with his local bank, even if he doesn't provide it with a U.S. Tax Identification Number (TIN) – as long as his total holdings in these accounts didn't  exceed US$50,000.

The requirement that the U.S.-born Dutchman, who is considered to be an accidental American (or, as the Dutch call such individuals, "unintentional American"), should be legally required to furnish his bank with a U.S. TIN if he is to be allowed to keep even a basic bank account is an element of the FATCA enforcement regime.