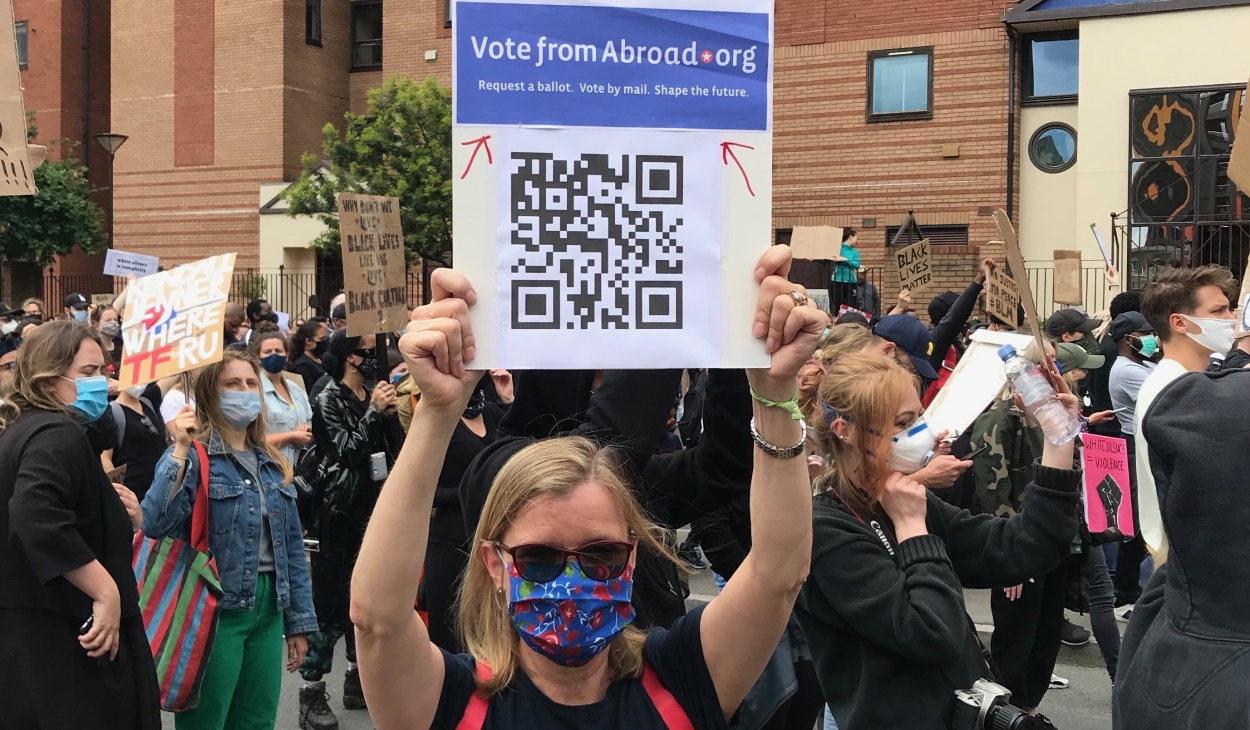 As the countdown to tomorrow's 2022 midterm elections reached its final stages, a couple of major U.S. media organizations have at last highlighted the potential that U.S. expat voters have to influence the outcome in key elections around the country.

Time, the New York-based magazine and news website that has been owned since 2018 by American tech entrepreneur and co-founder of Salesforce Marc Benioff, published a major, 1,450-word article on Nov. 3, which bore the headline "The Overlooked Voting Bloc That Could Impact the U.S. Midterms", while NPR, the non-profit American public radio network (also known as National Public Radio) posted a story a few days later that accompanied a broadcast  that went out over the weekend by Washington, DC-based NPR journalist Barbara Sprunt, under the heading "Why Americans living abroad are a voting bloc with untapped political potential."

In addition to NPR's own website, the NPR story was posted on the websites of many regional NPR stations,  such as that of WCSU FM, a non-commercial station on the campus of Wilberforce, Ohio-based Central State University, and Homer, Alaska-based KBBI, an AM and online public radio station founded by volunteers in 1976.

According to the NPR story, by NPR journalist Sprunt, Federal Voting Assistance Program (FVAP) data shows that there are "at least 3 million American expatriates of voting age," and these voters have occasionally played a major role in the outcome of Stateside elections, although it remains "a voting bloc that organizers and researchers are still trying to understand, in an era of data-driven political targeting."

The political power of overseas Americans "is latent; it's waiting to be realized," she quotes a director of the Kinder Institute on Constitutional Democracy at the University of Missouri as saying.

What is known, Sprunt notes, is that the American diaspora is spread across some 186 countries, "with the largest populations in Canada, Mexico, the United Kingdom, France and Israel," and these expats' votes "have, at times, played an important role in elections," such as the 2000 presidential election, when "a cache of late-arriving Florida ballots from overseas – both military and civilian – gave ["George W.] Bush the edge [over Al Gore] by 537 votes."

'Americans outside the U.S. are easily overlooked'

Time article writer Yasmeen Serhan, meanwhile, notes in her article that American expats "as a voting bloc" have been easy for campaigning U.S. lawmakers to overlook, at least until now. 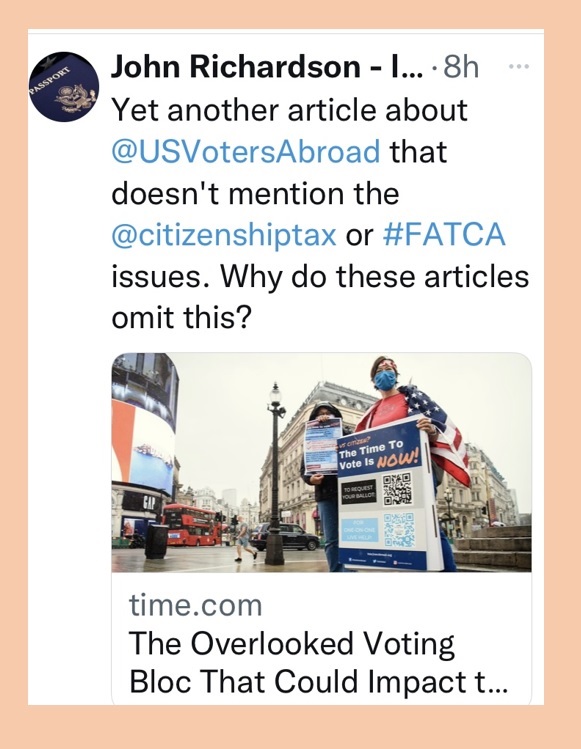 "Though they collectively exceed the populations of most small states – estimates [of U.S. expat numbers] range widely from 4.8 million to 9 million, with the largest populations found in Canada and Britain –  this disparate diaspora of émigrés, military personnel, dual citizens, and people born outside of the U.S. to American parents are largely out of sight and out of mind," she writes.

"Many of them are eligible to vote, though only a small fraction of them actually do."

Many expats involved in getting out the vote tweeted, and otherwise shared, the Time and NPR articles repeatedly over the last few days, as they urged any fellow expats who hadn't yet voted to do so.

A few expats, however, grumbled that the articles failed to highlight what some have been saying has been a failure on the part of those seeking expats' votes to address their concerns. Toronto-based citizenship lawyer John Richardson, for example, one of the most visible campaigners on behalf of American expats and the issues they struggle with – as regular AXFNJ readers will know –  expressed his frustration at the failure of such articles to mention the problematic U.S. citizenship-based tax regime and 2010 tax evasion-prevention law known as FATCA, in a tweet (pictured left).

"Yet another article about @USVotersAbroad that doesn't mention @citizenshiptax or #FATCA issues," he wrote.

"Why do these articles omit this?"