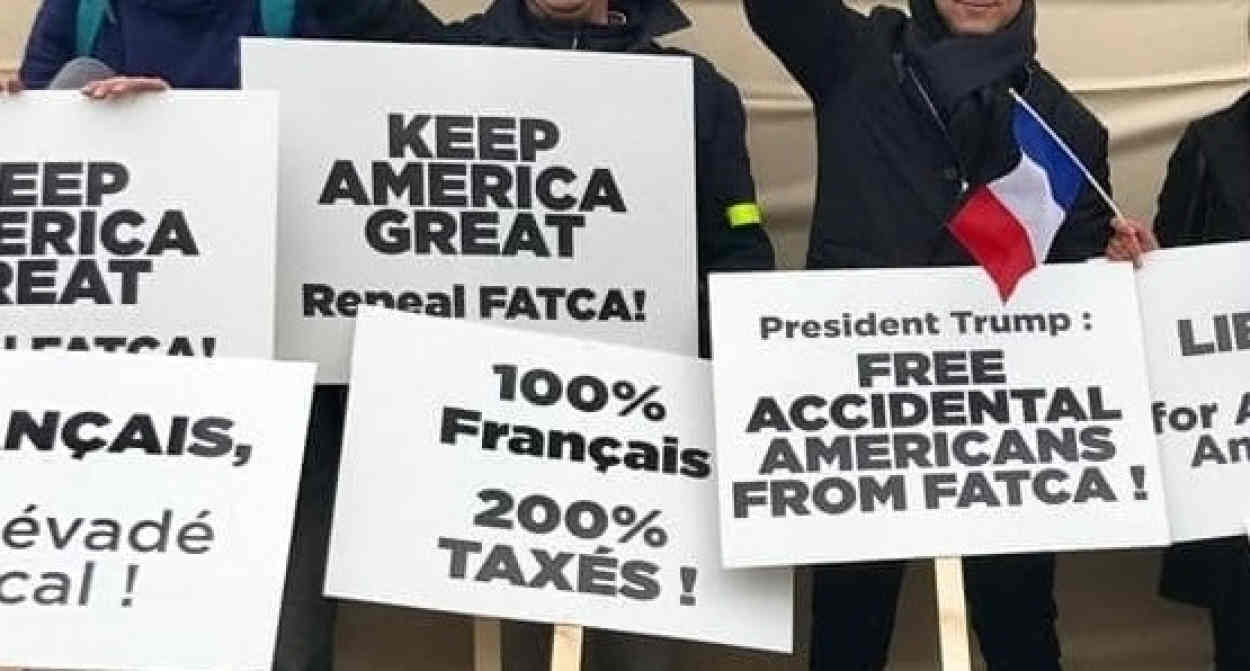 Accidental Americans in Europe and elsewhere may not want to hear it, but a top personal tax expert – with the high-end, London-based Withers law firm – has said European politician Pierre Moscovici's recent response to the struggles such "accidentals" have been having with the difficulties they face as a result of the U.S. Foreign Account Tax Compliance Act is actually "in line" with the direction of international tax policy efforts.

As a result, he believes that however genuine these accidentals' suffering, a global shift towards automatic exchange of financial information between countries will make it difficult for them to get much lasting sympathy for their argument that they shouldn't be targeted by FATCA – which they contend they shouldn't be.

Instead, he thinks they should focus their efforts on getting the U.S. to change its tax regime to one that's based on residency rather than citizenship. (The U.S. is the only country besides Eritrea that has a citizenship-based tax regime.)

Making it easier for genuine "accidental Americans," that is, those who have lived their entire lives in another country and as citizens of that country, to renounce their citizenships might be another avenue such individuals could pursue, he adds.

Richard Cassell, a partner in Withers' Private Client & Tax division, made his comments in response to the news that Moscovici, a French politician who is European Commissioner for Economic and Financial Affairs, Taxation and Customs, had written a dismissive response to a letter sent to him last month by another EU politician, Sophie in 't Veld.

In her letter, in 't Veld called attention to the fact that the European Parliament last July passed by a large majority a resolution in which the "adverse effects of...FATCA on EU citizens and in particular 'accidental Americans'" had been formally recognized by the EP. In her letter  and in 't Veld  called on Moscovici to "start taking [the problems that accidental Americans are facing in Europe because of FATCA] seriously."

On Friday, the day news of Moscovici's response to in 't Veld's letter broke, Cassell told the American Expat Financial News Journal that notwithstanding in 't Veld's points, Moscovici's letter "seems to be entirely in line with international tax policy considerations."

"I think that the U.S., the European Union and the Organization of Economic Co-operation and Development are fully in agreement, and remain fully committed to global tax transparency," Cassell added.

"The first tangible manifestation of this [agreement between the U.S., EU and OECD] was the U.S.'s FATCA legislation, which was itself a response to the Swiss bank scandals [of 2007 - 2009], when a number of Swiss banks tried to hide behind Swiss banking secrecy to promote financial products designed to evade tax in OECD countries, including the U.S.

"It is hardly surprising that the U.S., the OECD and the EU determined to bring an end to this type of abuse, and that that stimulated the broader move in the direction of international tax transparency.

"While the implementation has been predictably clunky, and caused quite a lot of additional bureaucracy, the policymakers in the EU and the U.S. are committed to global tax transparency, and only a small number of legislators would try to reverse this internationally agreed policy."

Cassell notes that the fact that the U.S.has declined to participate in the Common Reporting Standard – introduced after the U.S. brought FATCA  into force, and nicknamed almost from Day One the "Global FATCA" or "GATCA" – has been an ongoing problem not just for "accidental Americans" but for most of the countries in the rest of the world, nearly all of which have now signed up to the CRS.

There are a number of reasons these other countries would rather that the U.S. joined the CRS club than continue on its own path with FATCA, not least of which is the fact that under FATCA, there is far less "reciprocity" of financial information than would be the case if the U.S. were a CRS participant, thus potentially enabling the U.S. to become, as numerous media organizations have reported in recent years, the world's newest major tax haven.

Another problem that many of these CRS-compliant countries have with citizens who are also considered to be Americans, including "accidental Americans," is also one that has been receiving growing publicity recently in Europe, as a moratorium that currently exempts European banks from having to report their American clients’ "Tax Information Numbers" is due to expire on Dec 31. As reported, many accidentals say they struggle to opbtain such TINs, thereby making it potentially impossible for them to have a bank account after the end of this year.

Cassell notes that the U.S. hasn't signed up to the CRS "on the basis that it already has FATCA in place, and because CRS would presumably require the consent of the Senate, and that might be unlikely to be forthcoming.

At the same time, "having implemented FATCA, there is little benefit for the U.S. in also implementing CRS, though it has tailored its FATCA inter-government agreements to be fairly consistent with CRS.

"The EU will continue to have as its stated objective bringing the U.S. into line with the OECD's CRS initiative, as Moscovici says.

"But there is unlikely to be much change.

"So the complaints of the 'accidental' Americans are unlikely to find much sympathy from the EU, to the extent that they are looking to avoid FATCA, but are not suggesting that it be replaced with CRS in the U.S.

"Indeed, it is hard to see that any but a handful of legislators – who may not fully understand the background – will want to use this as a way to undermine global tax transparency, by focussing on a very limited problem.

"As Moscovici says, their real complaint is that the U.S. taxes on the basis of citizenship rather than residence, and so long as they remain U.S. citizens, they will have this compliance burden.

"And although it is relatively straightforward to expatriate from the U.S., it does require the potential expatriate to be compliant in the U.S. for the prior five years. It is hard to see that most legislators will have much sympathy for non-compliant non-resident Americans, accidental or otherwise.

"At the end of the day, this is not really about FATCA, but about the U.S. taxation on the basis of citizenship, as Moscovici says.

"And his letter seems to be a very coherent and well-reasoned outline of the EU tax policy, and very sensibly declines to be involved with whether the U.S. should tax its citizens regardless of residence."

As Cassell sees it, market forces will continue to drive the convergence of FATCA reporting in the direction of that now used by banks in their Common Reporting Standard compliance, which he says is currently under way. As this happens, he believes the problems banks have with FATCA will recede – a process that he believes has also already begun to happen.

"The issue that Americans are facing now is financial services restrictions on [their] investment accounts, and that's nothing to do with FATCA or tax, even though people often blame [FATCA for it]," he says.

"So I think that the FATCA issues are really receding now that everyone is getting accustomed to the blizzard of disclosure and form-filling that opening a bank account entails – and most banks are now taking Americans – except for their investment accounts."

For this reason, Cassell belives American expat lobbying organizations might focus their efforts on pushing for the "complete alignment" of FATCA and CRS, "so that one form truly fits all taxpayers – and then there truly would be no need for banks to single out Americans."

To get to this point, he adds, there might need to be "a little movement from both the IRS and the OECD," the entities behind FATCA and the CRS, respectively.