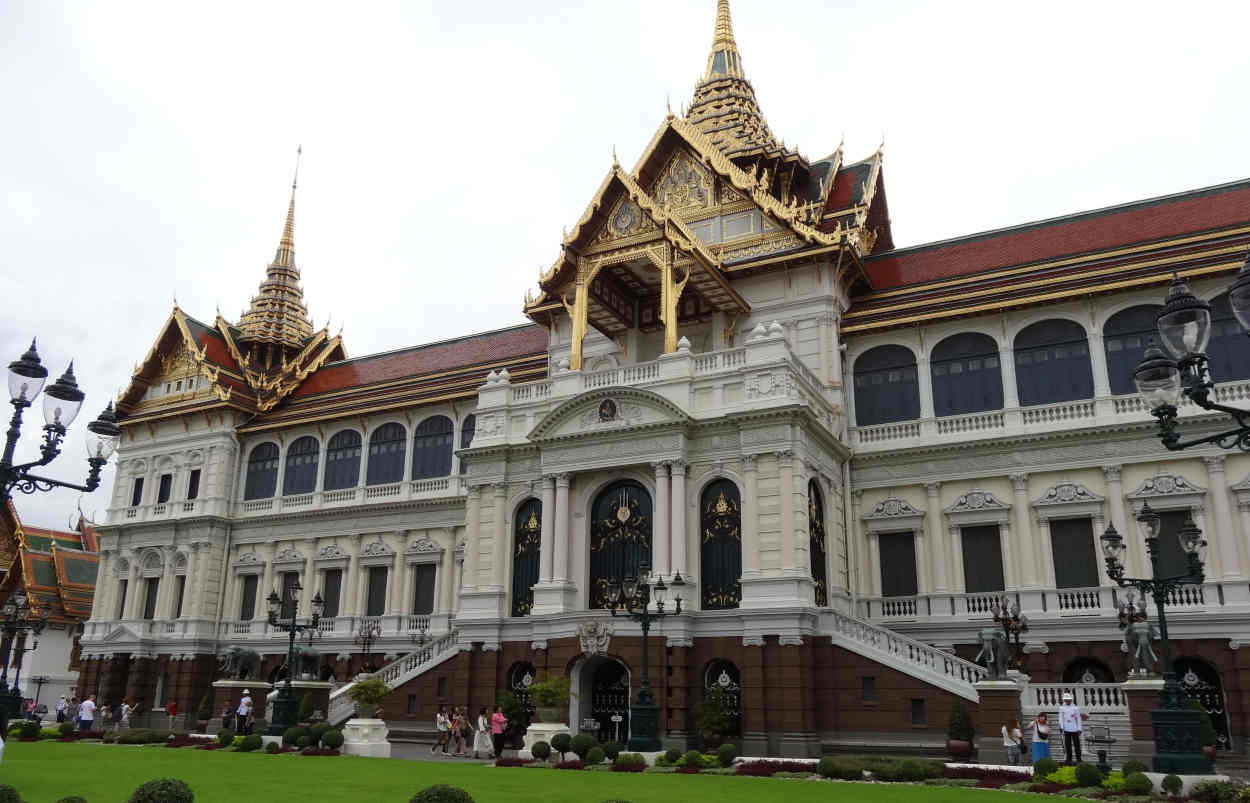 The U.S. Embassy in Bangkok has issued "an advisory warning" to Americans in Thailand "to ensure they have adequate medical coverage if staying long-term in the country, especially if they are of retirement age," according to English language media reports out of Thailand.

The warning was issued days  after the Thai government moved to require foreigners staying on certain visas to be insured.

The advisory was drafted by the American Citizen Services unit of the U.S. Embassy in Bangkok,  as "part of an advice column for U.S. citizens permanently living in Thailand," according to the online edition of The Phuket News, which published the advisory in full on Monday.

Publication of the U.S. Embassy's advisory came less than two weeks after Thailand's Ministry of Public Health (MoPH) announced that a plan to require health insurance for foreigners staying in the country on certain visas good for one year or more, or so-called "retirement visas," had been approved.

According to the online edition of The Phuket News,  Dr Natthawut Prasertsiripong, head of the MoPH's Health Service Support department, the new requirement applied to “all new applicants for one-year non-immigrant O-A visas, and for those applying to “renew” their one-year permits-to-stay.

Dr Natthawut said seven Thai insurance providers, including the Thailand-based division of French insurance giant AXA, had agreed to provide policies to match the new requirement, which he noted could be obtained through a special website set up at longstay.tgia.org.

A growing number of countries have been introducing a requirement for non-nationals to have private health insurance as a condition of residency and in some cases, even entering their borders. English-language publications in Thailand, and occasionally elsewhere, have frequently carried stories of expatriates who have become ill or injured there, and have needed help from relatives and even crowd-funding to pay off their medical bills and/or return home.

'Need to be able to afford it'

The U.S. Embassy's advisory on the subject begins by noting that although Thailand "remains one of the most popular retirement destinations in the world," and even "offers access to excellent health care, provided at world-class private hospitals by internationally trained doctors", anyone who might at some point need to take advantage of this high-standard health care would "need to be able to afford it."

"Sadly, we at the Embassy in Bangkok have seen many instances where U.S. citizens discover, too late, that essential, high-quality health care is out of financial reach, and their options are limited," the advisory continues.

"As you contemplate your own preparedness, we urge you to plan for a few key expenses: medical treatment, nursing care, and, if necessary, medical evacuation."

The advisory then goes on to note that accessing healthcare in Thailand is different than it is in the U.S., and that certain U.S. healthcare programs  that Americans already have, such as TRICARE and VA-provided care "work differently" in Thailand and "may require upfront payments" that not all Americans who are covered by such plans may be aware of.

Also, "as a non-Thai, you do not enjoy the same subsidised access to the public healthcare system as your Thai neighbours," the article continues.

"While Thai law directs hospitals (both private and public) to provide emergency life-saving care, they are not required to provide care for routine or chronic conditions, and may require full payment in advance."

One English-language media organization in Thailand, the Pattaya Mail, noted that "the vast majority of longstay expats in Thailand" actually would not need to obtain health insurance to obtain or to renew their 12-monthly permits.

It said "misleading information" had been spread by "some media" spread last week by some media, resulting in "confusion."

"In particular, holders of the yearly extension of stay for retirees over 50 years of age or for farang [non-Thai individuals] with Thai spouses, obtained at the local immigration office, are exempt from the latest developments," the article, published on May 17, noted.

The article went on to note that although the Thai Ministry of Health had announced a Cabinet decision that health insurance "was now mandatory for foreigners applying for or renewing a one year visa," the ruling would be applied "only to aliens seeking a 12-month visa from a Thai consulate or embassy abroad."

"In reality, most of the 60,000 expats living in Thailand obtain their extension of stay – not technically a visa – by applying at the immigration office nearest to their home in Thailand."

The article went on to quote Barry Kenyon, a former British embassy officer and current adviser to a group of Thai lawyers, as noting that "immigration rules are a very sensitive issue here and keep expats awake at night," but that, at least for the present, "all those dealing with the immigration office for their extension of stay can rest easy."

Echoing other experts in Thailand and elsewhere, Kenyon added that the momentum was growing for compulsory medical insurance for all visitors, according to the Pattaya Mail article.

To read an update, on the website of Pacific Prime, a global employee benefits and insurance brokerage, on countries that as of January required visitors and non-citizen residents to have health insurance, click here.