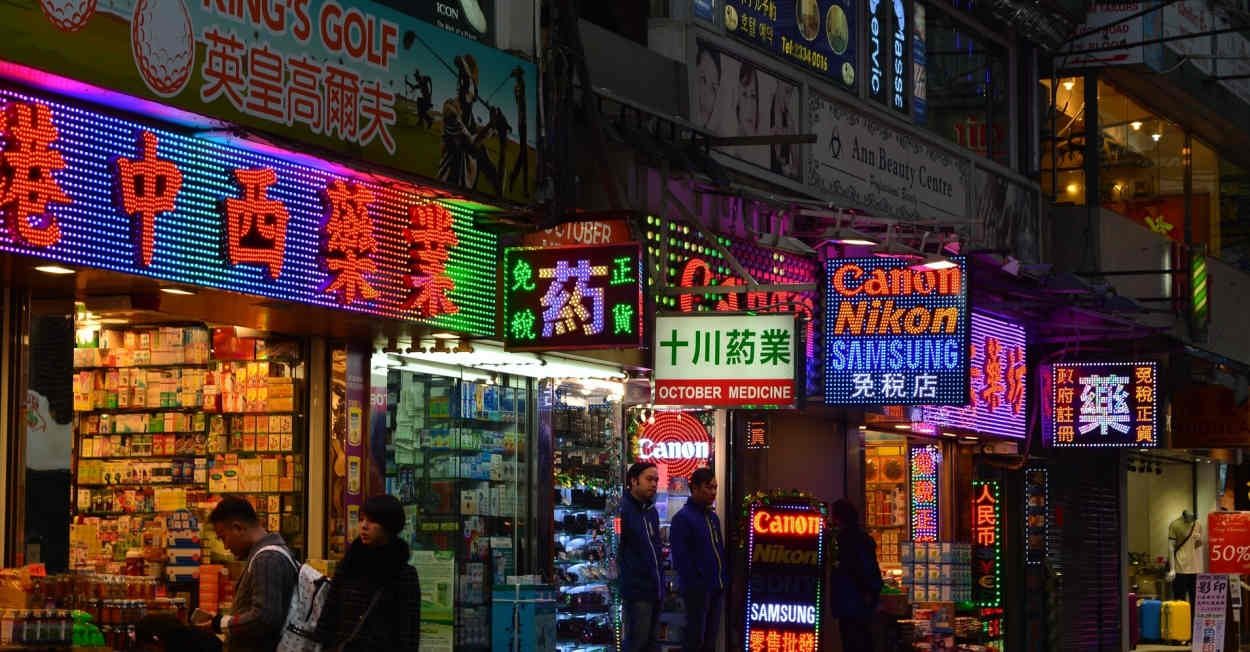 Hong Kong has remained atop the annual Mercer cost-of-living league table for the second year in a row, and Tokyo stayed in second place, as Asian cities yet again proved to be the most expensive locations for companies looking to send their employees overseas to work.

In Mercer's 25th annual survey, which this year ranks the cost of living in some 209 cities around the world, Singapore moved up to third spot, as eight out of the top ten of the world’s most expensive cities for expatriates this year were found to be in Asia.

Last year just six out of the top 10 were Asian cities.

Zurich this year fell to fifth, as Seoul moved up to the No. 4 spot; Luanda, the capital and largest city in Angola, plunged from the Top 10, where it was in sixth place last year, to 26th. Luanda's fall comes after it was ranked the most expensive city for expats in the world in 2017, and second most expensive, behind Hong Kong, the year before that.

Three U.S. cities made it into the Top 20 this year, led by New York, which climbed the tabled four places to ninth,, thus moving into the Top 10.

New York-headquartered Mercer is a human resources consultancy which operates internationally and is a subsidiary of Marsh & McLennan, the New York Stock Exchange-listed global professional services giant. Its comprehensive annual cost-of-living ranking is designed to help multi-national companies and governments to determine how much they should be paying their expatriate employees, as well as where they should base their overseas operations. It also enables companies and governments to keep an eye on costs, for example, in the event that a particular city in which they operate seems to be becoming significantly more expensive.

New York City is used as the base city for all comparisons, and currency movements are measured against the US dollar.

In a statement accompanying this year's table, Mercer explained that its researchers take into account the comparative cost of more than 200 items in each location included in the survey, including housing, transportation, food, clothing, household goods, and entertainment.

It points out that "a number of factors, including currency fluctuations, cost of inflation for goods and services, and volatility in accommodation prices"  contribute to the overall cost of expatriate packages for employees on international assignments.

Ilya Bonic, who heads up Mercer’s Career business, noted that deploying expatriate employees has become "an increasingly important aspect of a competitive business strategy for global companies" in today's skill-focused world, which he noted is "driven by digital disruption, and the need for a globally-connected workforce."

“There are numerous personal and organizational advantages for sending employees overseas, including career development, global experience, new skillsets, and re-allocation of resources," he added.

Below is a table showing the Top 20 of this year's Mercer Cost of Living survey, and how this year's rankings compare with last year's. To see the full list and other information about the survey on Mercer's website, click here. 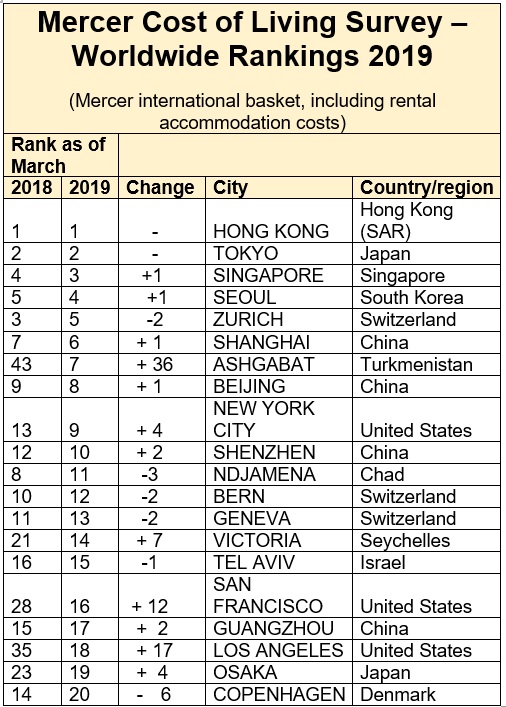