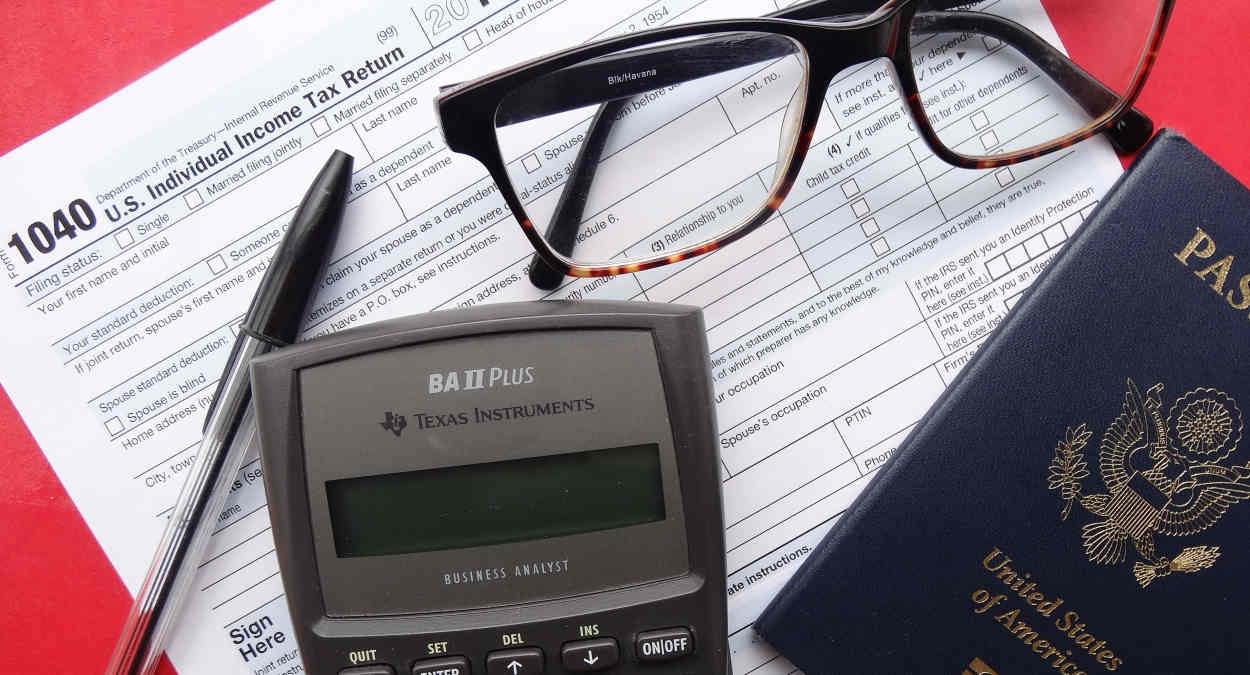 The number of tax advisers with foreign addresses who have been licensed by the U.S. Treasury "has increased almost 50% since 2016," Bloomberg has reported, citing IRS data.

The article, on Bloomberg's BloombergTax site, said the phenomenon "reflect[ed] the agency’s growing efforts to crack down on tax avoidance overseas", which it later explains is a reference to the 2010 Foreign Account Tax Compliance Act, which came into force in 2014. It added that the trend is "likely to continue if [the] IRS keeps focusing" its efforts on overseas Americans.

FATCA was introduced in the wake of a number of highly-publicized cases of tax evasion by U.S.-resident Americans, among others, who had been found to be using overseas bank accounts in countries like Switzerland to hide their wealth from the U.S. tax authorities, but it quickly became a major issue for Americans living abroad.

According to the Bloomberg article, the data of which couldn't immediately be confirmed independently, there were some 3,083 "enrolled agents" overseas as of late September 2019, an increase of 48% from the 2016 number of 2,078.

The majority of these active, foreign-based enrolled agents, the Bloomberg report went on, citing its data, "reside in India, the UK, Canada, China, South Korea and Japan.

The headline on the Bloomberg article, which may be viewed by clicking here,  reads "U.S. Tax-Dodging Crackdown Overseas Brings Foreign-Adviser Surge". It quotes a member of the National Association of Enrolled Agents as saying that there is "an unmet need abroad" by Americans for help with their taxes.

It also quotes Liz Zitow, the London-based managing director of British American Tax and an NAEA member, as pointing out that foreign-based enrolled agents have certain challenges, such as the need to provide a Social Security uner or an individual taxpayer identification number (ITIN) in order "to get authorized to file returns on behalf of clients electronically", since, Zitzow noted, the overseas enrolled agents "may not have these identification numbers".

Enrolled agent status is the highest credential the U.S. IRS awards those in the taxpaying advice profession, and earn their right to represent taxpayers at all administrative levels by passing a comprehensive examination and completing 72 hours of continuing education courses every three years. 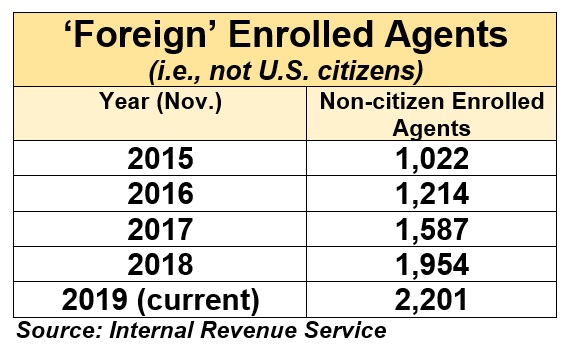 Separately, the numbers of enrolled agents who are not themselves U.S. citizens has more than doubled since 2015, according to IRS data (see table, left).

More in this category: « Work by U.S. undercover operation in London led to wealth manager's FATCA guilty plea in U.S. court Schwab and TD Ameritrade confirm deal, as Expatland wonders at the implications »