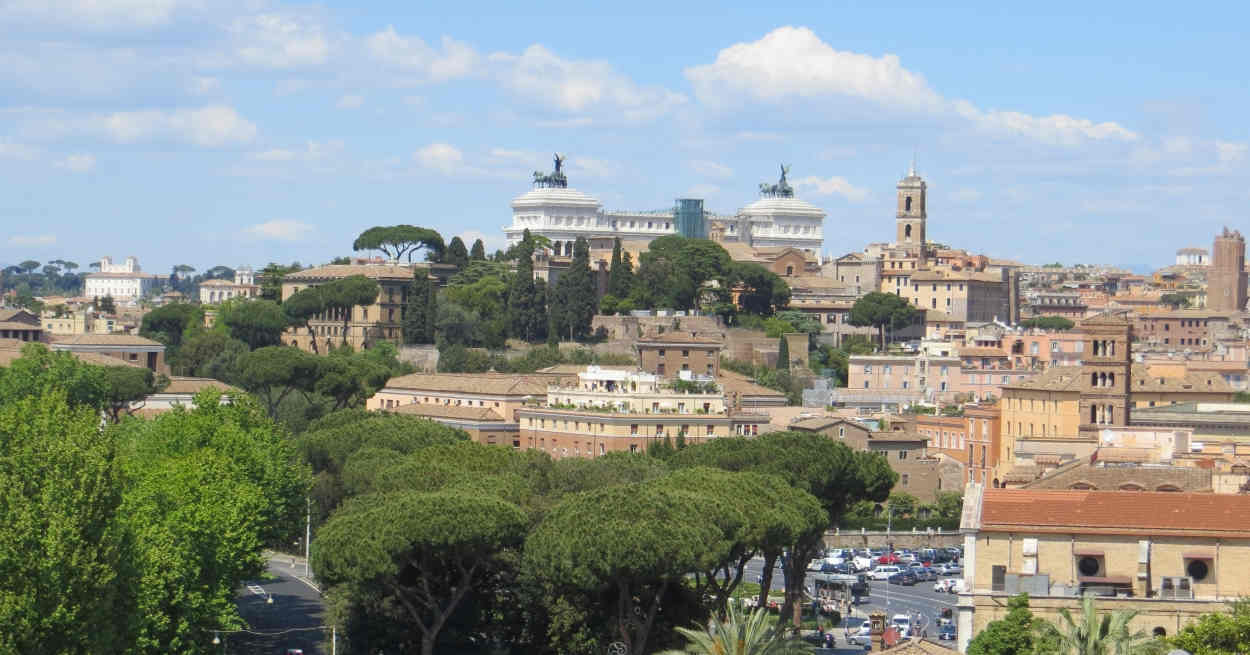 Rome, Paris, New York and San Francisco may have been well-loved by expatriates over the years, some of whom went on to immortalize them in paintings, photographs, music, film and books. This year, though, all four cities ranked near the bottom of an annual survey of of some 20,000 expats compiled by InterNations, the Munich-based global expat group.

The distinction of being the "worst" city of all, in 82nd place, fell to Kuwait City, with Rome next-to-worst, Milan next-to-next-to-worst, and Lagos in 79th place. (See table, below.)

The expats surveyed appeared to like Asian cities, meanwhile, as four of them held the top four places in the "Best Cities in the World to Live and Work in" ranking. Taipei was first, for the second year runnning, followed in descending order by Kuala Lumpur, Ho Chi Minh City and Singapore.

Rounding out the top 10, beginning with Montreal in fifth place, were Lisbon, Barcelona, Zug, the Hague and Basel. 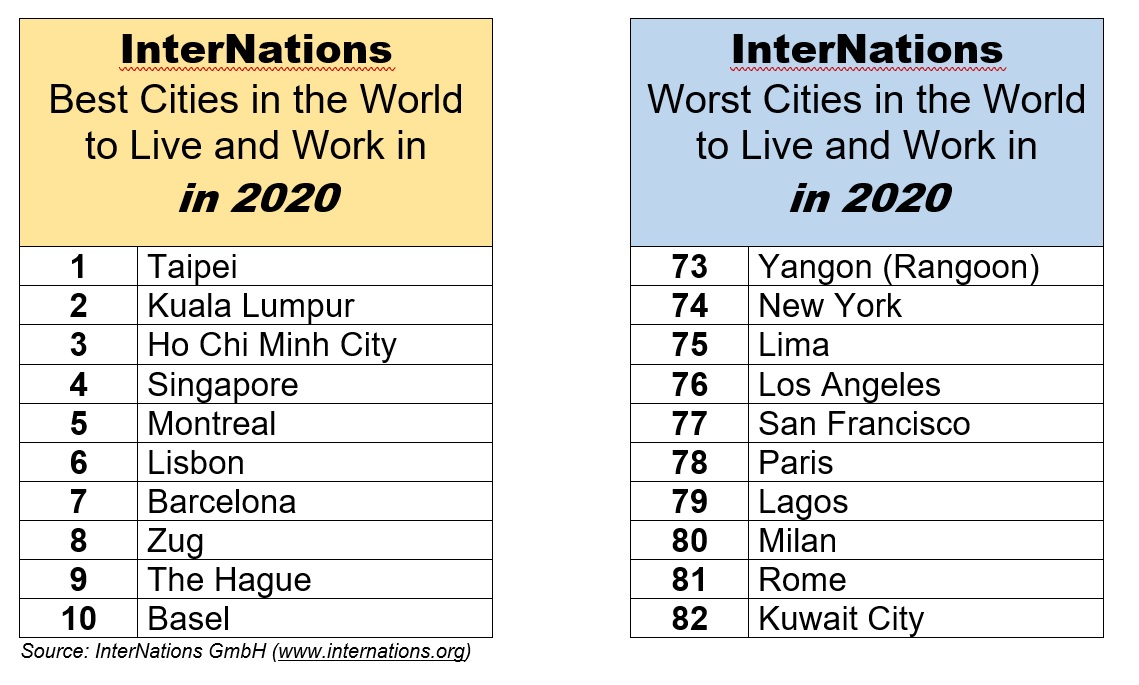 InterNations claims to have more than 3.5 million members in 420 cities around the world. The organization is open to expats of all nationalities and promotes itself as a "global and local networking" facilitator.

Its latest report is said to represent the views of expats of "178 nationalities and living in 187 countries or territories". The Expat City Ranking  is based on data compiled in connection with the organization's annual Expat Insider survey, which came out in September.

In addition to asking the survey's respondents about their satisfaction with life in their host country, InterNations sought their views on "their opinions on the city they are currently living in", including ranking more than 25 different aspects of urban life abroad, on a scale of one to seven.

Those ratings were then bundled into 13 subcategories, and their mean values were used to draw up four topical indices: Quality of Urban Living, Getting Settled, Urban Work Life, and Finance & Housing.

In order for a city to be featured in the Expat City Ranking, a sample size of at least  50 respondents per city was required -- resulting in a total of 82 cities being included.

Cities that made it into the expats' top 10, InterNations said, tended to rank highly "in the Urban Work Life, Quality of Urban Living, and Local Cost of Living" indices.

As for what expats liked so much about Taipei, InterNations said, they ranked its "high quality of life...almost all (98%) are satisfied with the local transportation (vrs. 70% globally)...[and it] is also one of the leading cities regarding finance and housing as well as the local cost of living, ranking fourth worldwide for both indices."

" 'The cost of living in Taiwan is cheaper compared to Japan, Korea and Hong Kong, for example'," InterNations quotes "an expat from India" as saying. "And Taiwan's health insurance and safety are what make it attractive to me." Some 96% of expats told the InterNations researchers they "feel safe in Taipei", compared to 81% globally.

Kuwait City's unfriendliness to expats, meanwhile, is cited as the reason expats polled by InterNations gave for not liking it better.

"Kuwait City, like most other GCC [Gulf Cooperation Council] countries, also does badly in the Quality of Urban Living Index, ranking 81st, ahead of only Lagos, Nigeria.

"It is the world's worst-rated city for leisure activities (62% unhappy, vrs. 23% globally).

"More than three in five expats (61%) are also dissatisfied with the local transportation, and Kuwait City has the worst-rated quality of environment, with 58% unhappy with this factor (vrs. 17% globally)."

As for the reasons Rome "is again voted the worst European city for expats", InterNations said, its "biggest weakness is the Urban Work Life Index, in which it ranks last worldwide for the second time running", and "62% rate the state of the local economy negatively, more than four times the global average [of] 15%".

Paris turns out to be "generally unfriendly", close to two in five expats there (39%) said, compared with 19% globally, in addition to being expensive.

One of the cities that fell three places this year, to 52nd place, was Hong Kong, which has been besieged by demonstrations for months. However, the reasons for its unpopularity cited by the expats surveyed included its high cost of living and long working hours.