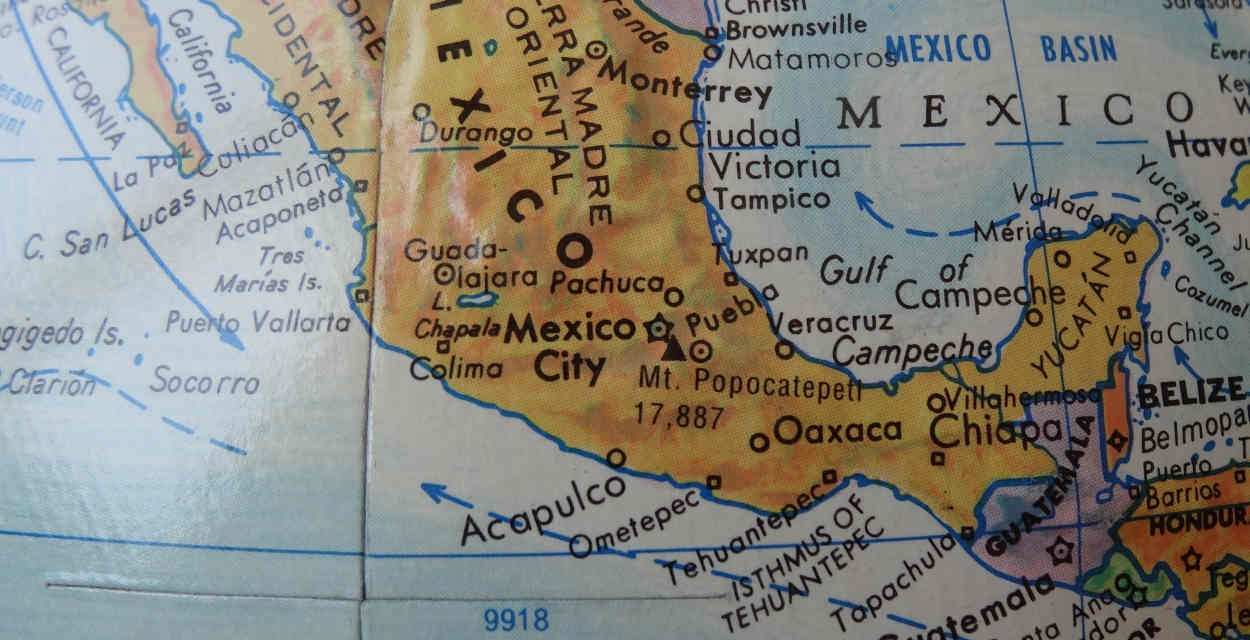 Seven Central and South American cities are featured in this year's Expat City Ranking by InterNations, the Munich-based global expat group, with... Mexico City coming in as the expats' current favorite.

As reported, this year's "Best City in the World to Live and Work in" was the Taiwanese capital city of Taipei, for the second year running, while the 20,000 expats surveyed assessed Kuwait City as the "worst". 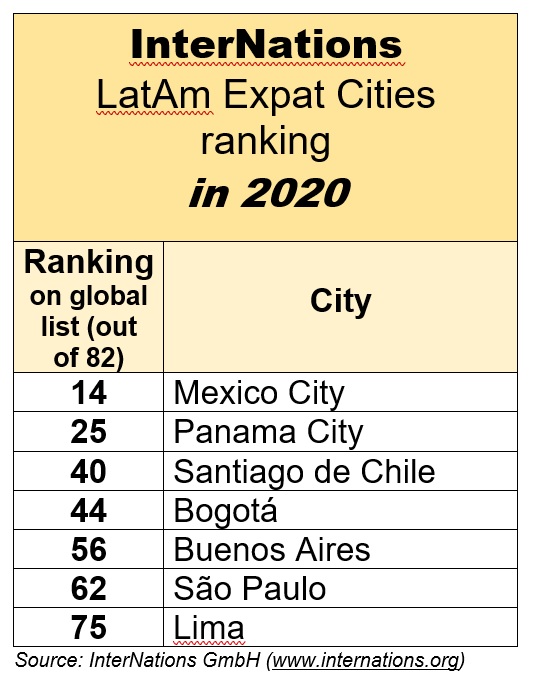 The expats surveyed appeared to like Asian cities, meanwhile, as four of them held the top four places in the "Best Cities in the World to Live and Work in" ranking. Taipei was first, for the second year runnning, followed in descending order by Kuala Lumpur, Ho Chi Minh City and Singapore.

Rounding out the top 10, beginning with Montreal in fifth place, were Lisbon, Barcelona, Zug, the Hague and Basel.

Mexico City is known to be particularly popular among Americans, in part for its proximity and relatively low cost of living compared with its G20 neighbor to the north. According to InterNations, which compiled the list of "Best and Worst" cities from research it carried out earlier this year in connection with its annual Expat Insider survey, the city actually "ranks among the top 10" cities worldwide in the "Getting Settled" category, where it comes in fifth; the Finance & Housing category, where it's in sixth place; and the Local Cost of Living Indices, where it's also sixth.

"In terms of getting settled, only Kuala Lumpur, Manama, Nairobi, and Muscat are more popular among expats," InterNations noted, in a report accompanying its findings.

Where Mexio City fares worst in the view of the expats participating in the InterNations survey is in its Quality of Urban Living Index, where it only scores 67th. What's more, "while 86% are happy with the leisure options (vrs. 74% globally), over a third of respondents (35%) [say they] feel unsafe [in Mexico City], vrs. 9% globally."

As for the other six cities included on the InterNations LatAm Expat Cities ranking this year, one, Buenos Aires, made it into the global Top 10 in one category, even though it ranked a relatively low 56th overall: it is, three in five expats said, an easy city in which to make friends. (This compares with 45% globally who described their city as friendly.)

Where Buenos Aires doesn't do well, again, is in how expats view it in terms of their own personal safety, and what they see as its lack of political stability.

InterNations claims to have more than 3.5 million members in 420 cities around the world. The organization is open to expats of all nationalities, and promotes itself as a "global and local networking" facilitator.

Its latest report is said to represent the views of expats of "178 nationalities and living in 187 countries or territories".

To read and download the full five-page InterNations report on The Best and Worst Cities for Expats in Central and South America in full, click here.