The American Citizens Abroad used a recent meeting of its UK chapter to reiterate its call for American expats around the world to join its campaign to convince Congress to hold hearings into the need for changes in the way the U.S. taxes its overseas citizens.

Rockville, Maryland-based ACA executive director Marylouise Serrato told the meeting, via an audio link, that hearings would create the "broad-based support" for change that is needed, if the legislation is to change.

Once Congressional representatives "understand the problems, it's that much easier for them to support and work on solutions," she told the audience, gathered in a Belgravia church hall around the corner from Hyde Park Corner the other evening.

"[Hearings would] also allows people and organizations like ACA that have worked on these issues to present all their work.

"And it would bring in real people who are really dealing with the problems on a day to-day basis, who can show exactly how [the current tax regime] is impacting them, whether it's their small business or on an individual basis.

"This is why we really think that the absolute next step is holding hearings."

The recent ACA meeting in London took place a week after Republican Rep. George Holding, of North Carolina, officially confirmed he wouldn't seek reelection next year. Because Rep. Holding had been the driving force behind a bill he called the Tax Fairness for Americans Abroad Act, a central feature of which would have meant that American expats could choose to be taxed on the basis of their residence rather than citizenship – which is the controversial, and unique, American norm.

At the London meeting, therefore, ACA officials made a point of saying that many of the best features of Holding's bill would continue to be lobbied for going forward, if he is unable to see it signed into law before he leaves Congress at the end of 2020.

Charles Bruce, ACA's legal counsel, said Holding's bill had been "a big ice-breaker of a bill", and had been a "big big big help" in moving the conversation forward.

"But I'm a big fan of the next step – having hearings," he added, explaining that the fact of the hearings would result in the introduction into the public domain of huge amounts of valuable information that for now isn't out there.

As reported, the ACA unveiled its campaign in September to encourage Americans overseas around the world to contact their members of Congress and urge them to hold hearings on the tax problems they and other Americans face.

The ACA's campaign is entitled "Tax Fairness for Americans Abroad: An Idea Worth Fighting For!" and is aimed at getting the House Ways & Means Committee in particular to focus on the issues. 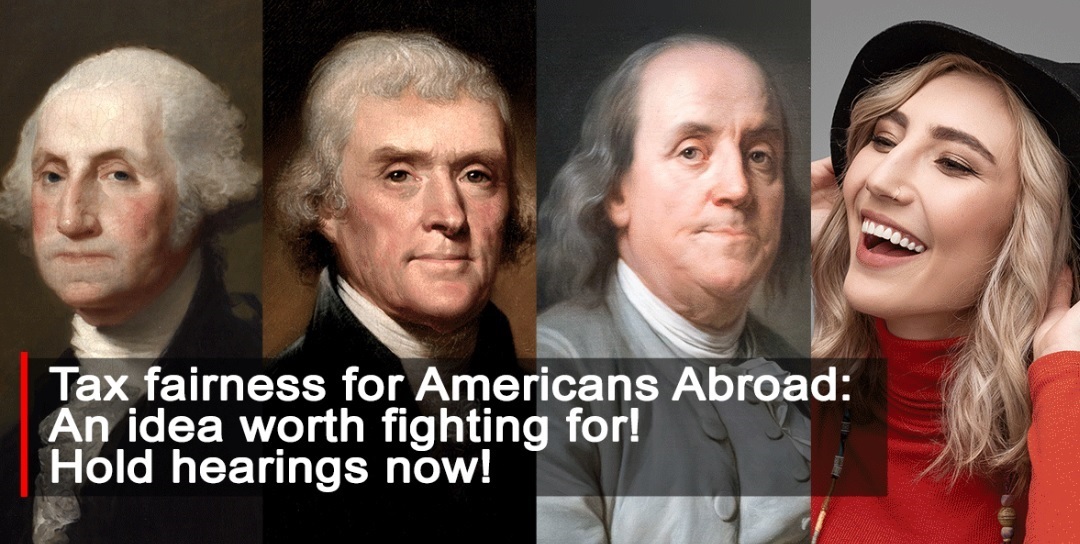 In a statement announcing the campaign's launch in September, the ACA noted that information provided during the hearings by the various government stakeholders as well as individual expats would enable the Ways & Means Committee's tax-writing committees and legislators to "start to look at specifics of the legislation for refinement".

As part of its campaign, the ACA has created a webpage where American expats who are able to fill in their last U.S. address in the States can automatically put forward their request for hearings to "23 recipients", including an undisclosed number of Congressional representatives. This page may be accessed at https://www.americansabroad.org/write-to-your-representatives-in-congress/