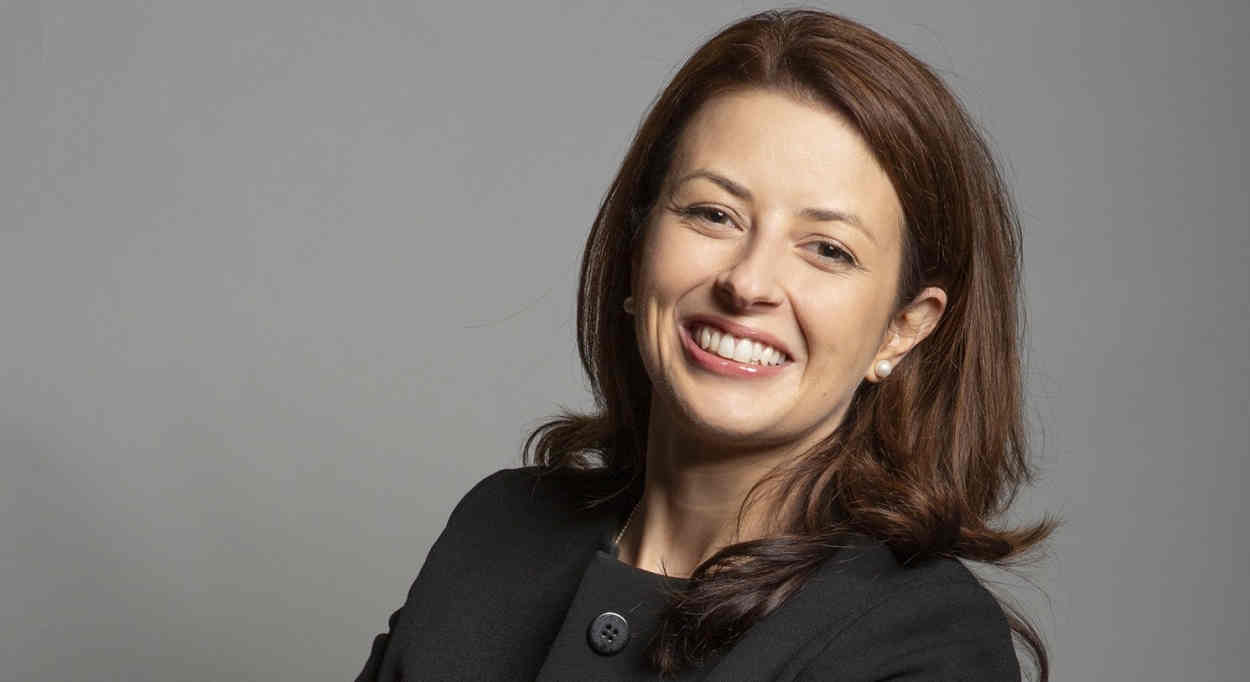 The election of an American-born woman to Parliament in last December's General Election has kept the ranks of American-born MPs steady at three, as New York-born Boris Johnson left the House of Commons at the same time to take on the role of prime minister. 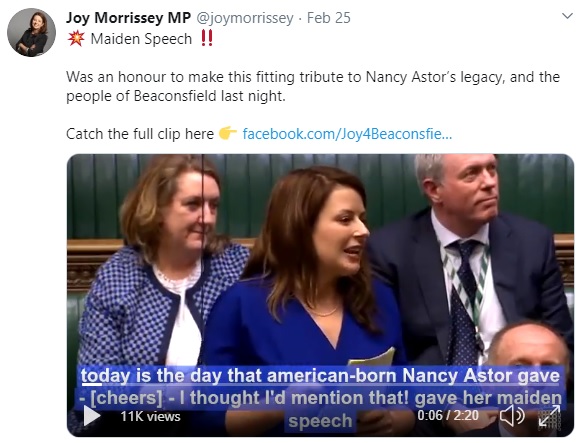 Joy Morrissey's American roots emerged earlier this week when she made her maiden speech in the House of Commons. In her American-accented speech, she noted  that she did so on the same date – Feb. 24 – that American-born Nancy Astor, the first woman to sit in Parliament, had delivered her maiden speech a century earlier.

The fact of Morrissey's joining Parliament, alongside two other dual American-British citizens, was greeted by UK-resident American expats on Twitter with cautious optimism that she might use her newfound influence as an MP to make the UK more critical of the way the U.S. treats its expats.

Morrissey, pictured above, was born Joyce "Joy" Rebekah Inboden in 1981 in Indiana, and prior to entering politics in the UK, worked as an actor and producer in Hollywood, according to an online Conservative Party profile.

A 2017 article in The Mirror  newspaper reported that "her biggest role" during these years "was as the co-star in the low budget comedy 'bonk fest' [named] Geek Mythology.

According to the Conservative Party profile, Morrissey also has undertaken "humanitarian work in Albania, Kosova, China and India, helping with refugees, working in orphanages and teaching English", after which she completed a Masters degree in European Social Policy at the London School of Economics. Her first step in the direction of politics came while she was at the LSE, when she became "the first postgraduate in 30 years to be elected to the LSE Court of Governors", according to the party profile. She went on to work for MPs Angie Bray and Will Quince, before becoming a councillor for the west London borough of Ealing.  In an article last November, the Financial Times described her  as "a passionate Brexiteer motivated by social injustice".

The other two dual American/British citizens in Parliament are Tobias Ellwood and Greg Hands, both of whom were born in New York but didn't remain in the U.S. very long, and were mainly educated in the UK. Prior to last November's election, some 27 MPs in total were said to have been born outside the UK. It's not known what the number of foreign-born British MPs currently is.