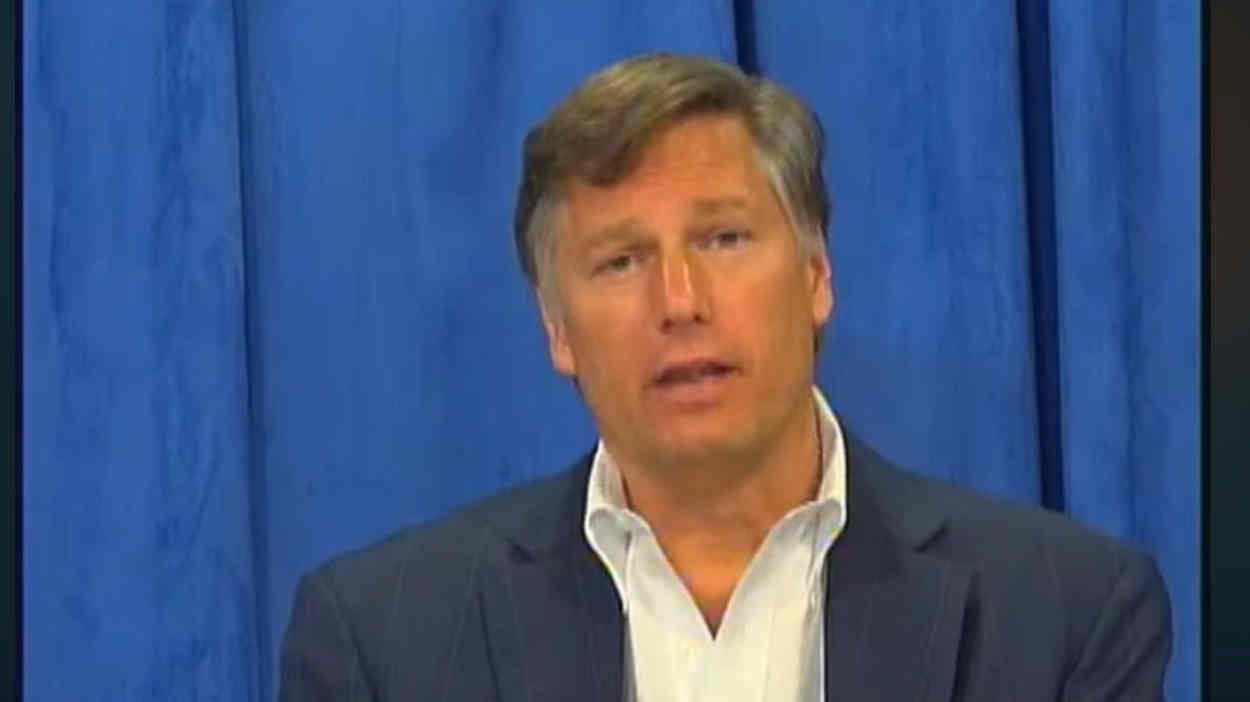 The U.S. Ambassador to Mexico has urged U.S. citizens who are resident in the country to "think long and hard" about the possibility of returning to the U.S. in response to the growing coronavirus pandemic.

Ambassador Christopher Landau made his call in a YouTube video posted on the Embassy's website last Friday, and reinforced it on Tuesday afternoon Mexico time, in what was billed as a "virtual town hall for American Citizens in Mexico", to which residents and others were invited to submit questions in advance (See photo, above)...

Tourists and business travellers should definitely head home, he said, while those who currently live in Mexico needed to consider their options carefully.

“During these times of uncertainty I want you to know that safety and security of U.S. citizens is our No. 1 priority, we have your back,” Landau said in his initial video.

"If you're a U.S. tourist, in Mexico or anywhere, we encourage you to go home.

"If you're a U.S. resident here in Mexico, please think long and heard about your personal situation, and whether or not you might need the kind of intensive care that's available in the United States, given your particular risk profile.

"We know that these are uncertain times."

He then went on to invite Americans resident in Mexico to listen in on his Tuesday "webinar", which was aired on Facebook and which, to judge by the steady flow of comments that ran down the side of the screen as he spoke, many did.

Among Landau's key points for those Americans who are intending to stay put in Mexico is that they make a point of signing up to the U.S. State Department's so-called Smart Traveler Enrollment Program (STEP), which, he noted, enables U.S. officials to keep track of U.S. citizens, and to communicate with them as needed.

Other expat organizations, including the Paris-based Association of Americans Resident Abroad,  have recently been urging American expats to do this as well.

Landau isn't the only government official who has been calling on those currently overseas for reasons of vacation or business to return home at once. But to judge by some of the comments that appeared beneath news stories in Mexico's English language media over the past weekend about his call to consider a return to the States, at least some Americans who have made their homes in Mexico said that they had no plans to go anywhere.

Mexico is home to more Americans than any other country outside of the U.S., as reported here last year,  with between 738,000 and 1 million U.S. expats, according to such data is known to exist.  (Some say it could be closer to 1.5 million.) And the numbers are continuing to grow, as the number of Americans who are heading overseas to retire continues to rise, owing, it's said, to the soaring cost of remaining Stateside, in part owing to the cost of medical and end-of-life care.

But as a Washington Post article noted last May, it's not just retirees who are pouring over the border from the States.

If you were to include "digital natives who can work just as easily from Puerto Vallarta as Palo Alto...U.S.-born kids – nearly 600,000 of them – who’ve returned with their Mexican-born parents...[and] retirees," plus "the thousands of Mexicans moving home" from a stint in the U.S., "the flow of migrants from the United States to Mexico is probably larger than the flow of Mexicans to the United States," the Washington Post article noted.

One American expat who commented on one of the stories about Ambassador Landau's recommendation that expats think "long and hard" about returning to the U.S. for the duration of the coronavirus pandemic said that after 12 years in Mexico, "We..have have learned to get our medical needs taken care of by using both countries", but that he would "rather take our chances here, where we have a great deal more control of our environment, and the climate is very warm and sunny, which is not good for the virus."

He added: "We get excellent health care in both countries, but our quality of living is higher here.

"We do have the option of returning, as we keep an RV in southern [New Mexico] we could go to.

"[But] no thanks. Our Mexican friends who are taking precautions just don't seem to panic and go buy out the toilet paper like they are doing up there.

Another reader commenting on the article speculated that Ambassador Landau's call for Americans to consider going home might have been prompted by concerns that American expats might put a strain on Mexico's state health care system, if the coronavirus pandemic in Mexico were to become severe – but thought it was unlikely that many such Americans would make use of the Mexico's "IMSS services".

"We have been living in Mexico for nearly eight years, [and] most expats, [in] my experience, use the network of excellent private hospitals, such as Real San Felipe or Puerta de Hierro."

He added: "I hope that upon reflection, the government of Mexico sees the expat community as a win for Mexico, not a drain on limited resources."

Posted another expat: "Okay, I thought hard about going back to the U.S. About three seconds.

Landau was sworn in as U.S. ambassador to Mexico in August. He succeeds Roberta Jacobson, who resigned from the post in March 2018. According to press reports he was born in Spain, attended the American School in Asunción, Paraguay, for five years, speaks Spanish fluently, and obtained a certificate in Latin American Studies at Harvard College.