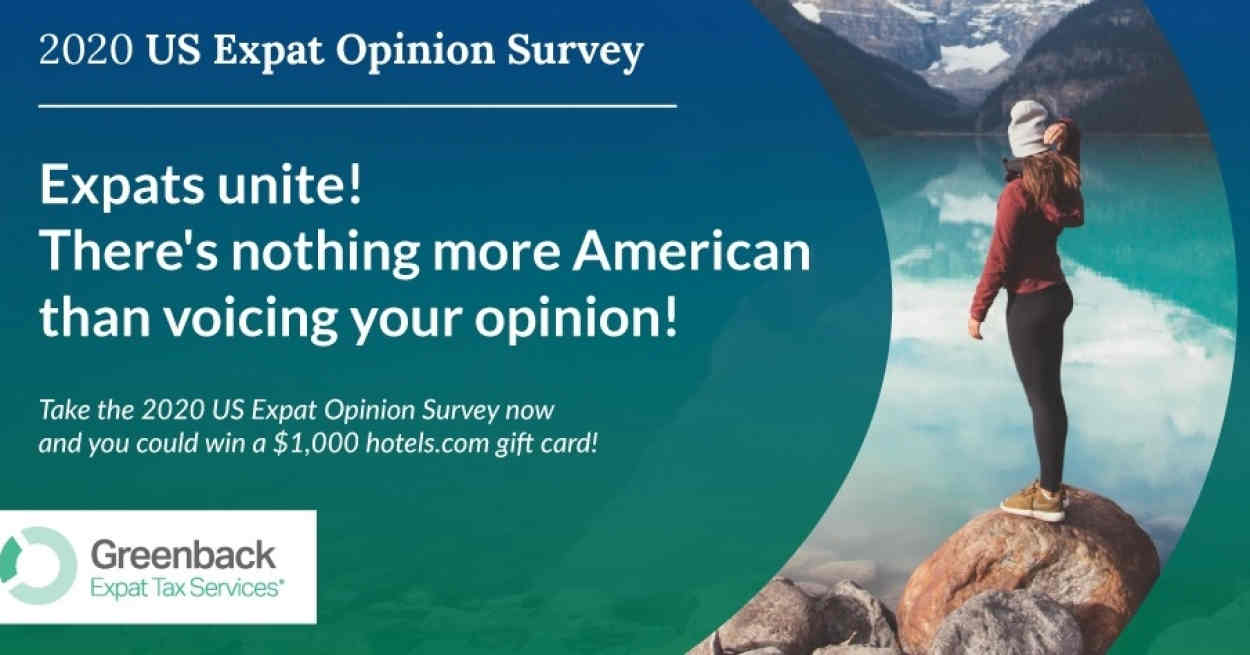 Greenback Expat Tax Services, a tax advice business with offices in the U.S. and abroad, is inviting American expatriates around the world to share their views on such expat relevant topics as the U.S. tax system, citizenship renunciation, the Coronavirus pandemic, voting issues, and the upcoming presidential election.

According to Greenback, the company's annual survey is "one of the only comprehensive surveys" of its kind of Americans resident outside of the U.S.

But this year it's particularly important, company spokespeople note, as it's a presidential election year, and the survey's findings could help those seeking to persude the candidates to pay greater attention to expat voters' concerns, and guide them in terms of what those concerns are.

The Greenback 2020 U.S. Expat Opinion Survey is open until June 15.

Last year, as reported, more than one in five of the more than 3,100 people who participated in the survey said they were "seriously considering renouncing their citizenship," and of those who said they were thinking of renouncing, almost two in five cited as their reason the tax burdens they face as a result of being an expat.

Greenback was founded in 2008, by Carrie and David McKeegan, and today looks after more than 9,000 clients in more than 215 countries and territories around the world, relying on the Internet to reach individuals in jurisdictions in which it doesn't have a physical presence.

To encourage participation in the survey, a US$1,000 Hotels.com gift card will be awarded to a randomly-chosen survey participant.

To learn more about the Greenback survey, and/or to participate in it, click here.