Andersen Global, the San Francisco-based organization of legally-separate tax and legal services firms that evolved out of a part of the now-defunct Arthur Andersen accountancy firm, has expanded its presence in East and West Africa and Eastern Europe thus far this month, with the signing of collaboration agreements with firms located in countries in these three regions.

The most recent of these deals, announced on 19 May, gives it outposts in more than 169 locations around the world, through member and collaborating firms specializing in tax matters, legal matters or both.

This most-recent agreement was with Madagascar-based HK Jurifisc, a tax and legal firm, and marked Andersen Global’s entry into the Madagascar market. 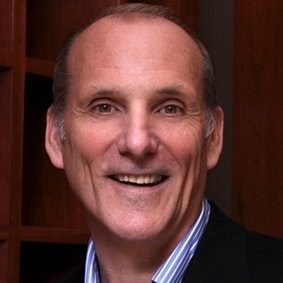 One week before announcing the deal with HK Jurifisc, as part of what Andersen Global founder and chairman Mark Vorsatz, pictured left, said was – along with the HK Jurifisc deal – part of the company’s “Africa expansion strategy”, Andersen unveiled a collaboration deal with Nouakchott, Mauritania-based Chinguity Law.

Cinguity Law is described as a full-service legal practice that was founded in 2009 by it chief executive, El Mokhtar Mohamed Moussa, and today consists of two offices in Nouakchott that are staffed by around six attorneys who are active throughout the country.

Earlier in May, Andersen Global announced its entry into the Ukrainian market, after agreeing a collaboration deal with Kiev, Ukraine-based Sayenko Kharenko, a prominent law firm founded in 2004, which also has an office in London.

Sayenko Kharenko is said to be one of the largest law firms in the Ukraine, and its name often appears on global lists of law firms that specialize in assisting major corporate clients with cross-border issues.

As reported last year, Vorsatz and around 23 other ex-Arthur Andersen employees have been building Andersen Global into a global entity almost ever since Arthur Andersen collapsed in 2002, working initially from a small part of the business that survived.

That unit started out as a subsidiary of HSBC USA Inc. (known as Wealth & Tax Advisory Services), but over time it became a stand-alone firm, which adopted the Andersen name in 2014.

The company now known as Andersen Global has been built without investment from outside businesses, including private equity firms.

This had been his strategy from the beginning, Vorsatz told The American Expat Financial News Journal last year, along with his goal of trying to re-create what he called the Arthur Andersen culture.

Andersen Global differs from Arthur Andersen in that it doesn't do auditing work, which proved problematic for the original Arthur Andersen (and has also recently proved a headache for some of the biggest players that remain in that market). Also, outside the U.S., many of Andersen Global's offices handle international legal matters, as noted above.

The growth of this side of its business reflects a global trend – apart from certain countries, including the U.S. and UK, where it is not, for the moment at least, legal – to combine the two operations as part of a single corporate entity.

As for the signing up of "collaborating" firms, such as those mentioned above, this is normally part of a process that precedes the incorporating of such firms into the Andersen corporate entity as "member" firms, typically after 12 to 24 months, although the evolution from collaborating firm to member firm doesn't always happen. Vorsatz and other Andersen executives have likened the process of signing up firms as collaborators to “dating”, ahead of the corporate equivalent of “marriage”.