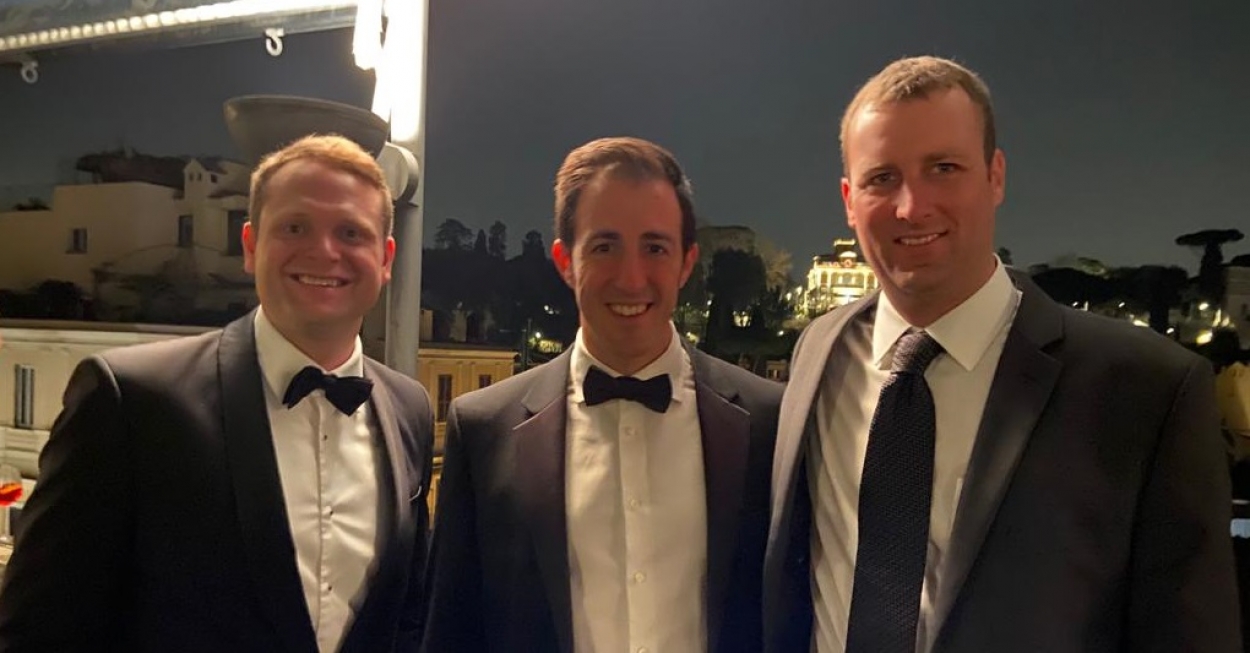 Wealth management experts for London-based Dunhill Financial and Rome’s Valiant Wealth say that Americans looking for “la dolce vita” in Italy might well find it there at the moment, if they're prepared to take an organized approach in choosing – ideally in advance – where exactly in Italy they will live, and how they structure their finances.

Those who are in receipt of pension income now might be particularly well-placed, if they are willing to live in certain parts of Italy, which don’t include Rome or Venice, they note.

These and other points emerged during a 90-minute webinar they held last week, now available on YouTube, in which American Citizens Abroad executive director Marylouise Serrato also participated.

The webinar was the first in a series of planned webinars about wealth management and tax issues for Americans living in Italy, or planning to, that's being sponsored by the American International Club of Rome.

One of the reasons that Americans – and other non-Italians – might do well to consider Italy is that the cash-strapped, boot-shaped-country’s government has introduced a number of tax breaks recently that have been designed specifically to bring wealth and investment to its towns, cities and industries, Valiant Wealth’s Smith explained.

Like his partner, Tom Goold, Smith is originally from the UK (although he is not, at least to his knowledge, related to the 18th century Scottish author of The Wealth of Nations, whose name he shares), but has been living in Rome since 2013.

In advising American clients resident in Italy, Goold and Smith work alongside Dunhill, whom they met in 2018, at an event sponsored by a European financial advisers' organization they all belong to.

Founded in 2018, with offices in Rome (near Piazza Bologna) but with clients located throughout Italy, Valiant Wealth is a member of the OpesFidelio advisory network, and is regulated through OpesFidelio's Aisa Group parent by the UK's Financial Conduct Authority.

Dunhill, who is himself American in spite of having been born in Belgium, founded Dunhill Financial, which is Securities and Exchange Commission-regulated, in 2011, originally in Brussels.

It’s not known how many Americans currently live in Italy, as what little data exists is more than a decade old. An oft-cited ballpark figure is around 50,000 to 54,000. Many of these are thought to be employees of U.S. companies located in cities like Milan, as well as those working for the U.S. embassy and consulate in Rome, and for such NGOs as the UN’s Rome-headquartered Food and Agriculture Organization.

Teachers and professors with U.S. and English-language universities and schools, particularly in and around Rome and Florence, are another category, as are U.S. military personnel, at U.S. Army, Air Force and Navy bases scattered across the country, and Italians who took U.S. citizenship while living and working in the States, but who have now retired to the country of their birth.

Smith says that Italy’s range of tax breaks for foreigners were conceived after government officials there “looked at the Portugal model” and saw how a number of generous low-tax programs there had “done great things for the Portuguese economy” and decided to “replicate that in some way”.

Italy’s exceptionally-generous interpretation of something known in Portugal as the Non-Habitual Residence (NHR) Regime, for example, was only introduced last year, but is already attracting considerable interest, according to Smith. It's been helped by the fact that the Portuguese government earlier this year made some changes to the 10-year-old NHR, under pressure from some other countries, to make it slightly less attractive, making the Italian version that much more attractive.

“It’s a tax break aimed at pensioners, specifically people who have not been resident in Italy at all in the last five years, and it’s a flat tax of 7% on any foreign income whatsoever, [although] you must be in receipt of a pension to qualify," Smith said.

“There are some really interesting tax planning opportunities around that.”

However, because the purpose of the scheme is to boost the redevelopment of certain poorer parts of Italy, those hoping to take advantage of the tax break must consider settling in Italy’s southernmost regions, “from Abruzzo on down – Molise, Basilicata, Puglia, Campana, Calabria, Sicily and Sardinia,” he went on.

(Asked what the scheme is known as, Smith said it "doesn't have a particularly catchy name officially [in Italian]" – l’articolo 24-ter del DPR n 917/86 (introdotto dalla Legge n 145/2018) – so it's generally referred to simply as "the 7% Flat Tax Regime for Pensioners".)

(More about the 7% Flat Tax Regime may be found on Valiant’s website, Smith told his webinar listeners, referring to a piece he posted there last month entitled  "The Great Italian Tax Break – for new residents with foreign pensions (including Italians!)".

Smith ended his webinar comments by addressing inheritance tax issues as they might arise for an American who dies in Italy.

“Fortunately [the estate tax] is quite low in Italy, and that’s thanks to [former Prime Minister Silvio] Berlusconi, actually. It used to be relatively high, as it is in the UK. But Berlusconi reduced it quite significantly more than 10 years ago now,” Smith noted.

Dunhill pointed out that the U.S. currently has “a very high estate tax threshold of US$11.4m” but added: “that’s not guaranteed to stay”, given that this rate is set to expire in around 2025, or “one-and-a-half presidential terms away”.

“So not knowing who is going to be in Congress and who will be president at that time, this could be a lot different number” at that point, Dunhill went on.

“So if you do have an estate planning issue on the American side, you might want to think about talking to somebody [now] about gifting strategies.

“This becomes a little more complicated if you’re talking about a family that has a non-American spouse.

“If you’re American, and you have an Italian wife or an American husband, essentially you no longer get that US$11.4m exemption, you get all of US$60,000.”

The American Citizens Abroad’s Serrato ended the webinar by explaining a bit about her organization, for those unfamiliar with it, and with an urgent reminder that any American expat listening should “go on the ACA website” and “engage in our campaign that is calling on the House Ways and Means Committee to hold hearings” into the ACA’s No. 1 advocacy issue, the need to move the U.S. to a “residence-based tax regime” from the current citizenship-based system.

According to the ACA, Congressional representatives have thus far received almost 15,000 messages from ACA members and others urging them to hold hearings on the tax issues Americans living and working abroad are currently struggling with, but as Serrato stressed to her webinar listeners, thousands more messages are needed to drive the point well and truly home.

After all, for Americans abroad, Serrato noted, “citizenship-based taxation is not just about taxing and revenue, it has so many tentacles that go deep, things like FATCA… the passport revocation provision, under which someone’s passport can be revoked or denied, if you have a debt of US$50,000 or more; the implications of the Transition Tax and GILTI regimes, and the implications of PFICs.

“All these issues really have to be put in front of the tax writing committees. That’s the only way legislation can be written that will really address the problems.”

With respect to the Transition Tax and GILTI provisions that were part of President Trump’s 2017 Tax Cuts and Jobs Act, Serrato said the ACA has called for Congress to set a “de minimis” level so that American owners of small overseas businesses would not have to comply with these regulations’ severely harmful effects.

“Clearly, Congress didn’t really intend that the person with the yoga studio in Paris was to be treated the same way as companies that were off-shoring profits, like Google and Apple.”

To take advantage of the ACA’s "easy-to-use" website tool for American expats looking to reach out to their Congressional representatives, click here.

To listen to last week’s Dunhill Financial/Valiant Wealth/ACA webinar, and view the slides that accompanied it, click here.

To sign up to the next webinar in this series, on wealth management and tax issues for American expats living in Italy – which is set for Sept. 23, and will feature the same participants, during which questions there wasn't time for in last week's session are expected to be answered – click here.