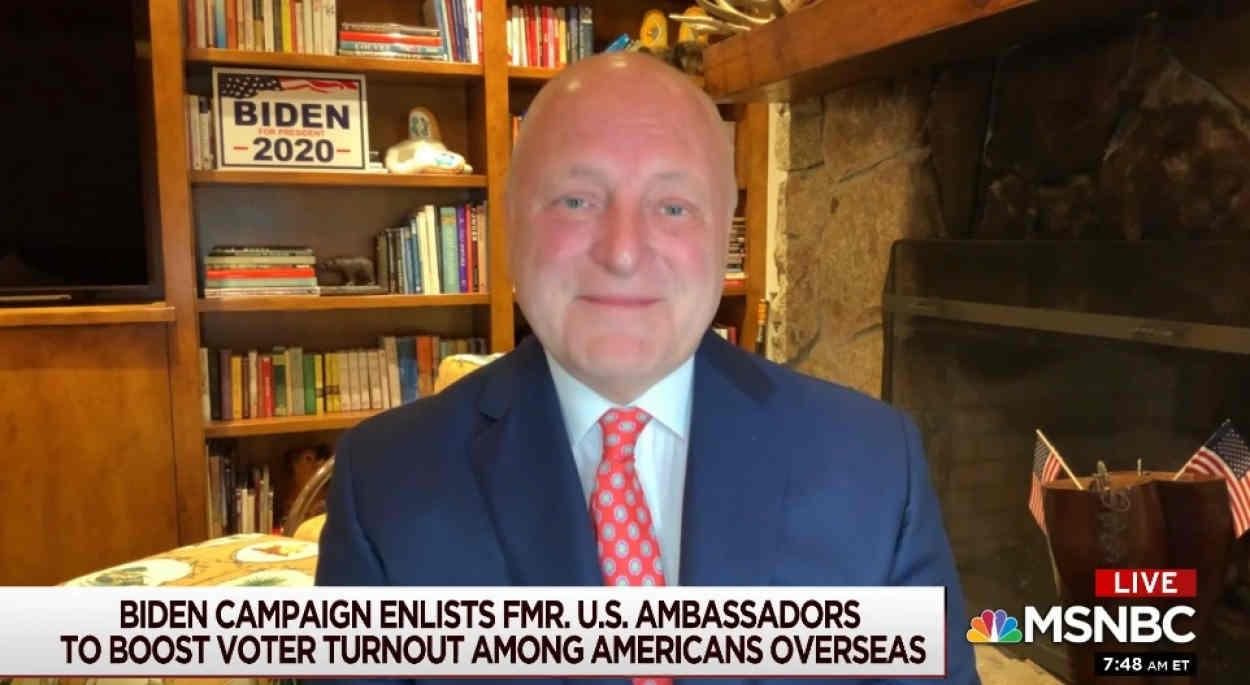 A plan to launch what a former U.S. ambassador to Canada said back in July would be "the most comprehensive" program by any presidential campaign organization to engage overseas voters failed even to get noticed, it has emerged.

In a six-minute appearance on MSNBC's morning news broadcast on July 15, Bruce A. Heyman said that the Joe Biden campaign had "looked at" the fact that there were as many as "six and a half million eligible voters" worldwide, but that only around 7% of them had voted in the 2016 presidential election, and seen "an incredible opportunity engage Americans overseas" that it planned to target.

Heyman, pictured above during the broadcast, went on to tell Mika Brzezinzki, co-host of the MSNBC's Morning Joe news show, that the Biden to boost overseas American voter turnout would be "multi-factored".

In introducing Heyman to viewers of her show, Brzezinzki noted that only 5.3% of the estimated 622,492 American citizens living in Canada who were eligible to vote in the 2016 U.S. presidential election actually cast a ballot.

Heyman served as U.S. ambassador to Canada from 2014 to January, 2017, and is now believed to be retired and living in or near Chicago. He could not immediately be reached for comment. 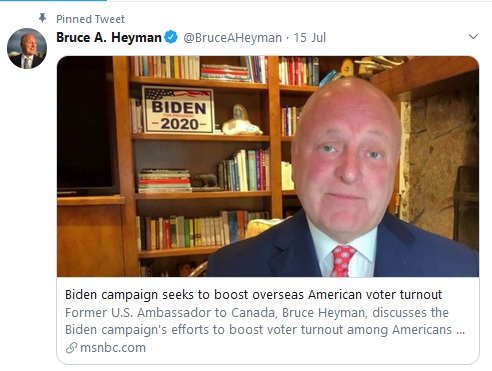 Among those responding to Heyman's tweet today was John Richardson, the outspoken, Toronto-based citizenship lawyer and expat rights campaigner, who spotted Heyman's MSNBC appearance and Twitter posting today. He tweeted: "I was at ur book launch and admire your passion for Canada/US relationship. I don't think you understand how your #FATCA party has destroyed lives of residents of other countries.

"If you want the #expat vote, you must understand the FATCA life."

One American expat who lives in the UK, and who says he's a registered Democrat and plans to vote in this November's election, said he believed the "comprehensive" campaign to get Democratic voters "out" was in fact going ahead exactly as planned – but without any specific effort made to address expat issues.

"I've been receiving constant email notices from the Democrats Abroad and other organizations telling me how to register to vote, how I need to get my ballot in early, and so on," this American said. (He requested anonymity because he said he has friends who are also Democrats who he thought might not approve of his comments.)

"You'll notice that ambassador Heyman doesn't mention expat issues in his MSNBC interview, just that this get-out-the-vote campaign would happen."

As reported, the Democratic Party's 2020 policy platform failed to include any of the key issues expats have been calling for from Washington, including a call for replacing the U.S.'s current citizenship-based tax regime with one based on residency, as is the norm almost everywhere else around the world, apart from in Eritrea.

To view the July 15 Heyman interview on MSNBC, click here.  To access the VoteFromAbroad website, a "non-partisan platform that helps U.S. citizens vote from abroad" that says it's provided as a public service provided by the Democrats Abroad, click here. 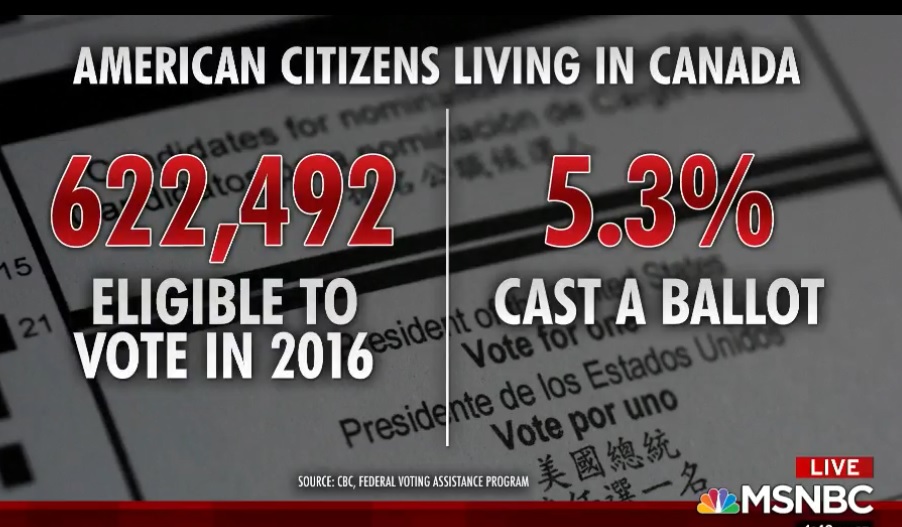