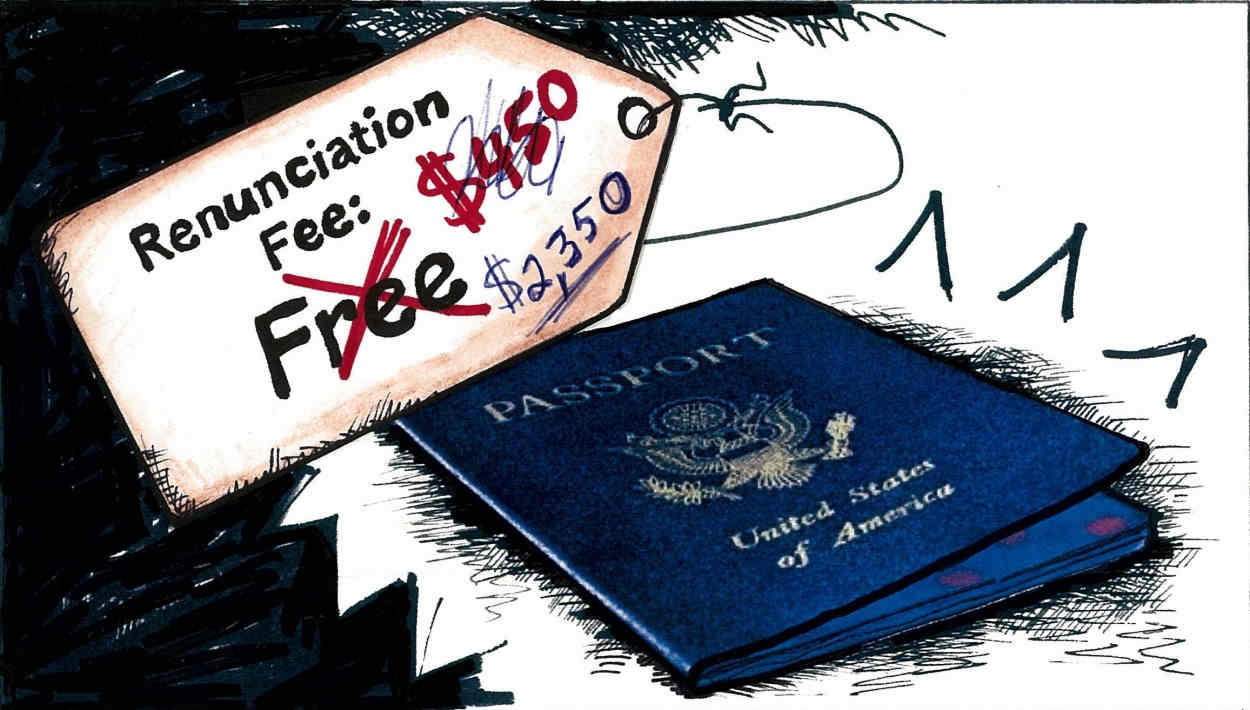 The Paris-based Accidental Americans Association (Association des Américains Accidentels, or AAA) has hit its €20,000 crowd-funding goal, and will now go ahead with a legal challenge in the U.S. to what it says is the "exorbitant" US$2,350 fee that is levied on those wishing to renounce their U.S. citizenship, the AAA's founder and president has said.

the AAA launched its crowd-funding appeal only last month, alongside an appeal for "accidental Americans of as many nationalities as possible" – meaning not just those who live in France and have French citizenship – to join its legal challenge.

This appeal is continuing, according to AAA president Fabien Lehagre, pictured left, who stressed that the ability to demonstrate the extent to which individuals are being unfairly impacted by the current renunciation fee would be key to the legal action's success.

Until shortly after the U.S. introduced legislation in 2010 that enabled it to identify any and all so-called "U.S. persons" around the world, known as the Foreign Account Tax Compliance Act (FATCA), giving up one's U.S. citizenship had been free. In 2014 it raised the fee by a much-commented-on-since 422%, to the US$2,350 that it has been ever since.

In a statement on the AAA's Facebook page, Lehagre thanked the "generosity of [the] 260 donors" who would make possible "the legal action that we will be bringing against the State Department early next year."

Lehagre's organization is is no stranger to lawsuits in France, where earlier this year, for example, it brought a legal action against certain French banks that it said have been discriminating against so-called "accidental Americans" with French citizenship by making it difficult if not impossible for them to maintain a French bank account.

It also brought a legal challenge last year in France's Conseil d'Etat, the country's top administrative court, in which it claimed that the way France implements FATCA violated the privacy of dual French/American citizens.  As reported, the Conseil d'Etat rejected its claim last July, saying it saw no legal basis to support the AAA's claims. The AAA then promptly filed a similar complaint with the European Commission.

The citizenship renunciation fee challenge, though, will be the AAA's first in a U.S. court.

Lehagre founded the AAA in 2017, after becoming increasingly frustrated by became frustrated by the increasing demands being made on him and other "accidental Americans" by the U.S. IRS, as a result of a 2010 U.S. tax evasion law known as FATCA.

Accidental Americans is a term often used to describe individuals who, like Lehagre, may have born in the U.S., or born abroad to an American parent, but who have spent most if not all their lives as citizens of other countries, and who lack U.S. passports, Social Security numbers and often don't even speak English.

Lehagre was born in California but came to France at the age of 18 months with his (French) father, and has spent the rest of his life in France. As a result, like many other France-based "accidentals", he is more comfortable speaking French than English, and regards himself as French, and in no way American.

Lehagre says that now that the AAA has the funding to go ahead with its legal challenge against the high renunciation fee, the plan is to begin work on the legal proceedings in the U.S. sometime after the U.S. presidential election in November. It will, he said, be based on the argument that "the right to renounce one's citizenship, [or] to 'expatriate', is a fundamental right protected by the U.S. constitution."

"By imposing a disproportionately-high fee upon accidental Americans [as well as] to American expatriates to exercise that right, the U.S. government, and in particular the Department of State, is unlawfully infringing upon and abridging [this] fundamental right," Lehagre added.

In a letter to U.S. Secretary of State Mike Pompeo earlier this year, Lehagre called on him to "drastically...reduce the costs associated with the renunciation procedure".

Lehagre said he had yet to receive a reply.

Estimates of the number of individuals across Europe who fit the description of "accidental Americans" run as high as 300,000. Lehagre says his organization has around 1,120 members.