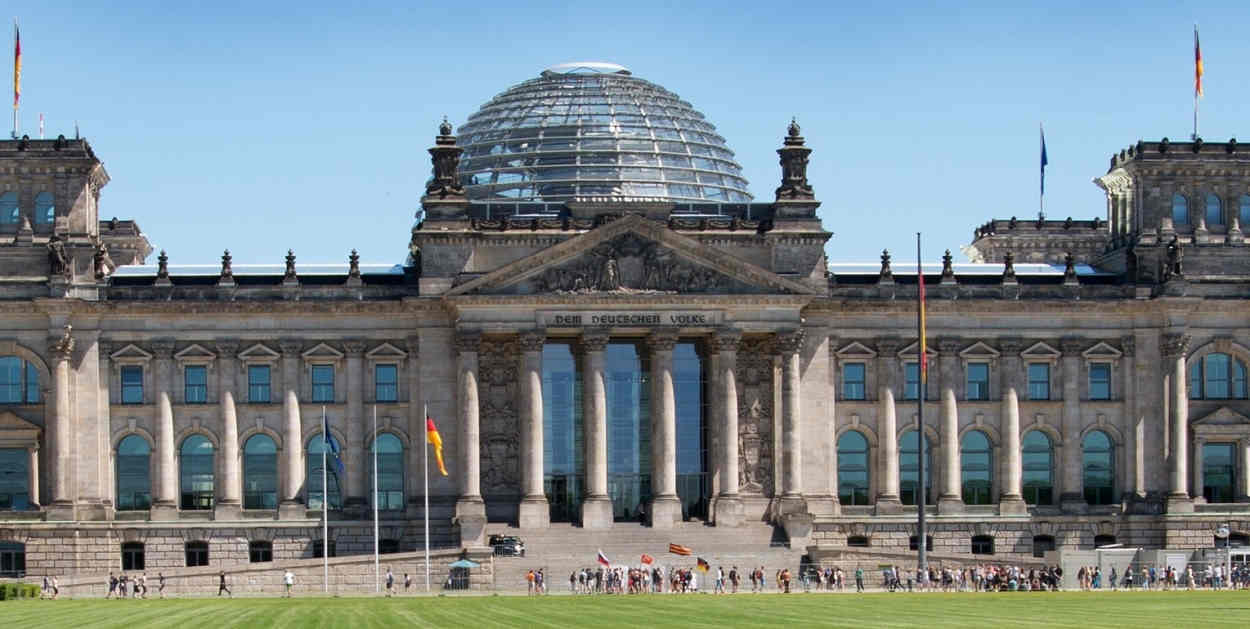 A German citizen has posted a petition on the website of the Deutscher Bundestag (German Parliament) which calls on the  German government to intervene with respect to the difficulties many "German citizens" are struggling with as a result of the American tax evasion law known as FATCA – and says he is hoping for "wide support" from "accidental Americans" as well as other American expats and even non-Americans who simply care about privacy and data protection issues.

"Any registered person could sign it," the German citizen, who asked not to be identified, told the American Expat Financial News Journal on Wednesday. "Even you could. Try it."

The petition calls on the German government to "take up and implement in German law" certain key provisions that were contained in a resolution unanimously approved by the European Parliament on July 5, 2018, which called on EU member states as well as the European Commission to re-open negotiations with the U.S. over how FATCA is enforced.

As reported, the European Parliament voted in favor of that resolution by a resounding 470 votes to 43, with 26 abstentions.

Petition No. 115931 was filed on Sept. 14, posted on the epetitionen.bundestag.de website on Sept. 6, and will be available to be signed online until Nov. 3.

Elsewhere in Europe, meanwhile, spokespeople for organizations representing accidental Americans said the fact that a German citizen had posted such a petition was an indication that the problems many Europeans with legacy American citizenship issues are having are continuing to be problem, and said they supported the posting of the petition.

"We are very happy with the initiative of this German citizen, to introduce this petition aimed at forcing the German Parliament to act on the unjust consequences of FATCA," said Rob Gerretsen, a spokesperson for the Nederlandse Accidental Americans, which represents accidental Americans who live in the Netherlands, of whom there are estimated to be more than 46,000, out of a Europe-wide estimate of more than 300,000. (Germany is said to have more than 166,000 "accidentals".)

"The better European governments understand the problems of the accidental Americans, the greater the chances that they will finally act together, in Brussels, to solve these long-standing issues."

Gerretsen added that there are thought to be "a lot of accidental Americans in Germany", so the pressure from them was likely to be helpful, particularly given Germany's influence in Brussels. "So we are hopeful this petition will be a success for all of us."

Such individuals are typically referred to as "accidental Americans". Even though they are citizens of other countries and in many of not most cases have lived their entire lives outside of the U.S., the fact that they were born in the States or have a U.S. parent means that they are regarded by the U.S., and therefore by non-U.S. banks, as "U.S. citizens", with potential U.S. tax filing and tax payment obligations.

FATCA, formally known as the Foreign Account Tax Compliance Act, is a 2010 law that requires banks and other financial institutions around the world to report to the U.S. on the accounts of any American citizens and Green Card holders they look after, with significant penalties for those institutions found not to comply.

Almost from the day it was signed into law, FATCA has made it difficult for many American expats and dual citizens around the world to get and maintain bank accounts, in addition to other financial services and products. But as a number of organizations representing accidental Americans resident in Europe in particular have reported, Americans' difficulties with bank accounts became significantly worse towards the end of last year, and beginning on the first of January 2020, when an element of the FATCA legislation which obliges the banks to provide the U.S. authorities with the Tax Information Numbers (TINs, usually a person's Social Security number) of their American account-holders kicked in for the first time.

This is in spite of the fact that Dutch lawmakers have met with such accidentals on a number of occasions, including in the Tweede Kamer in the Hague in January.

In fact, the German citizen's petition specifically refers to the fact that banks in Germany "continue to discriminate against German citizens born in the U.S." as well.

"Accounts are closed, complex evidence [is] required," the petition says, in German.

"In addition, contrary to the [European Union's General Data Protection Regulation, which came into force in 2018], personal, sensitive data is passed on from German citizens to the U.S.

"In view of the [recent] rulings on the Privacy Shield and [National Security Agency] espionage, as well as the doubts about legality that were raised before the FACTA [intergovernmental agreement] was signed with the U.S., the Bundestag must now intervene.

"The existing FATCA-related implementation laws are to be changed, the effects on German citizens to be mitigated and, finally, fundamental rights and human rights to be strengthened."

In an email, the anonymous German petitioner told the American Expat Financial News Journal  that although he himself has never had a second citizenship, he does have family members "impacted by FATCA and Foreign Bank Account Reports (FBARs)", and that he also sees the "data protection and political angle" of the issue.

"I have family members whose banks have threatened to close their accounts, and then actually closed them," he added.

"There are many people who can't believe that banks close accounts because of possible US. indica, like being born in the U.S.  And those people ask why they don't either provide [the necessary Social Security Number or TIN] or give up their citizenship.

"The truth, of course, is that both cannot simply be done. It is hard to obtain a SSN with almost no ties to the U.S.; it is even harder these days to relinquish one's U.S. citizenship and not to be considered a U.S. person anymore.

"As you may know, the U.S. made it difficult to be compliant, and increased the amount of paperwork.

"And by aligning the U.S. citizenship law with tax law, just wanting to give up one's citizenship is not enough anymore, even if you have no ties to the U.S. and don't live there."

The German petition filer said that he was moved to take action after noticing that seemingly-significant though the EU parliament's decisive vote in favor of that 2018 resolution supporting EU action on FATCA had been, "basic EU citizens' rights" were continuing to be ignored, more than two years on.

My hope is that the existing IGA [between the U.S. and Germany]  will be revisited and safeguards be added, and basic EU citizen rights will again be protected.

"We citizens of the EU need to stand up to the U.S.'s extra-territorial demands."

To read the text of the European Parliament's "Resolution of 5 July 2018 on the adverse effects of the U.S. Foreign Account Tax Compliance Act (FATCA) on EU citizens and in particular ‘accidental Americans’", click here.

Last month, the Paris-based Accidental Americans Association (Association des Américains Accidentels, or AAA) announced that it had hit its €20,000 crowd-funding goal, and would go ahead with a planned legal challenge, in the U.S., to what it says is the "exorbitant" US$2,350 fee that is levied on those wishing to renounce their U.S. citizenship. To read more about this latest legal action by the AAA, click here.

More in this category: « U.S. stock investment website reported to close Hong Kong office over 'political uncertainties' 7IM, which has a U.S. expat biz, acquires Partners Wealth Mgmt – which does too »