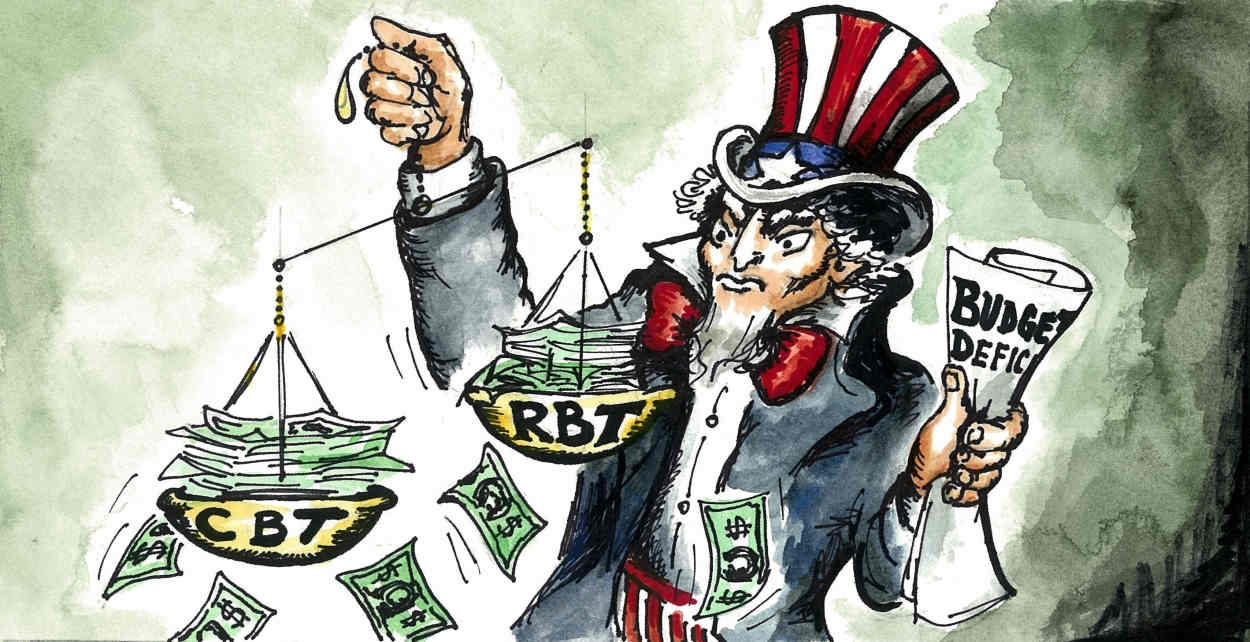 Campaigners advocating that the U.S. join most of the rest of the world in adopting a residence-based tax regime – rather than the current, citizenship-based one – are viewing the recent publication of an article endorsing the idea by the Washington Examiner as a sign that the issue is beginning to attract the right kind of attention, in the city where it matters most.

Rubin is a resident scholar at the American Enterprise Institute, a Washington, DC-based think tank, and a former Pentagon official.

Headlined "Biden should embrace residence-based taxation," the article notes that although the just-inaugurated President Joe Biden "fancies himself as a globalist," he finds himself presiding "over a country whose taxation system punishes people who embrace the globalized economy."

"Not only is citizenship-based taxation unfair, subjecting Americans abroad to double taxation, and outdated, with some aspects of the law dating back to the Civil War, it also exposes expatriate Americans to onerous regulations," Rubin continues, in his article.

"The frustrating thing for almost every person caught in the expatriate tax mess is that few people, if anyone, defend the current system.

"American Citizens Abroad, a nonprofit organization that advocates for the interests of these people, persuasively has shown that a U.S. switch to residence-based taxation would be revenue neutral.

"That there is no natural electoral constituency for Americans abroad means that both parties are content to let the problem fester.

Rubin concludes: "It is time to stop punishing Americans abroad.

"There literally is nothing to lose, and everything to gain, by switching to residency-based taxation."

'No comparison between Eritrea's
diaspora tax and U.S. CBT'

This isn't Rubin's first opinion piece for the conservative, online-only Washington Examiner to attract the attention of Americans resident outside of the U.S. Last November, as reported, he called on the U.S. State Department to "stop Eritrea's illegal 'diaspora tax' in the U.S.," and explained to the American Expat Financial News Journal at the time that it would be wrong to attempt to compare the Eritrean tax in question with the way the US. taxes its expat citizens.

(“Eritreans seek to tax people on the basis of ethnicity and not just current citizenship, which is why the UN Security Council condemned the practice in Security Council Resolution 2023,” Rubin said, in his emailed explanation. “In that resolution, the Security Council called out Eritrea for 'using extortion, threats of violence, fraud and other illicit means to collect taxes outside of Eritrea from its nationals or other individuals of Eritrean descent.'")

Asked about his latest comment piece, Rubin said he thinks U.S. expats "are right that residence-based taxation makes sense," and that the fact that they have managed to show how it could be done in a "revenue-neutral" way could be important in "win[ning] the argument with any congressman."

But that's providing the RBT campaigners can manage to put together enough of a "critical mass" to make their cause heard, and to deliver the message to Washington lawmakers that "RBT is clearly the right thing," he added, stressing the need for RBT campaigners to work together and to be seen to be working together.

"Against the backdrop of COVID, some senators are suggesting a 40% exit tax for very wealthy people who seek to  renouncetheir citizenship. While that might now only be meant to apply to multimillionaires and billionaires, the precedent is dangerous, and could easily spread.

"What is needed now is not only to show that a switch from CBT to RBT would not only be revenue-neutral, but that it is also better for American businesses.

"Get businesses to lobby Congress, since expats have no critical mass in any particular district to make that representative or senator take up the issue.

"If CBT constrains the ability of American businesses, based in the U.S. but operating overseas, to grow, then that is an issue that could gain a critical mass in Congress."

The 40% exit tax Rubin refers to is part of the so-called Ultra-Millionaire Tax Act of 2021, which was unveiled on Monday by Democratic Senator Elizabeth Warren and two House colleagues.

Warren's legislation targets households and trusts with assets of more than US$50 million, and among other things, would introduce a 40% “exit tax” on the net worth above US$50 million of any U.S. citizen who sought to renounce their citizenship "in order to escape paying their fair share in taxes".

As reported, Bloomberg also recently posted an editorial in support of a move to residence-based taxation. It appeared on Dec. 11, and was headed "A Letter from 9 Million U.S. Expats to Janet Yellen." Among the major publications to pick up and publish the Bloomberg opinion piece was The Washington Post.