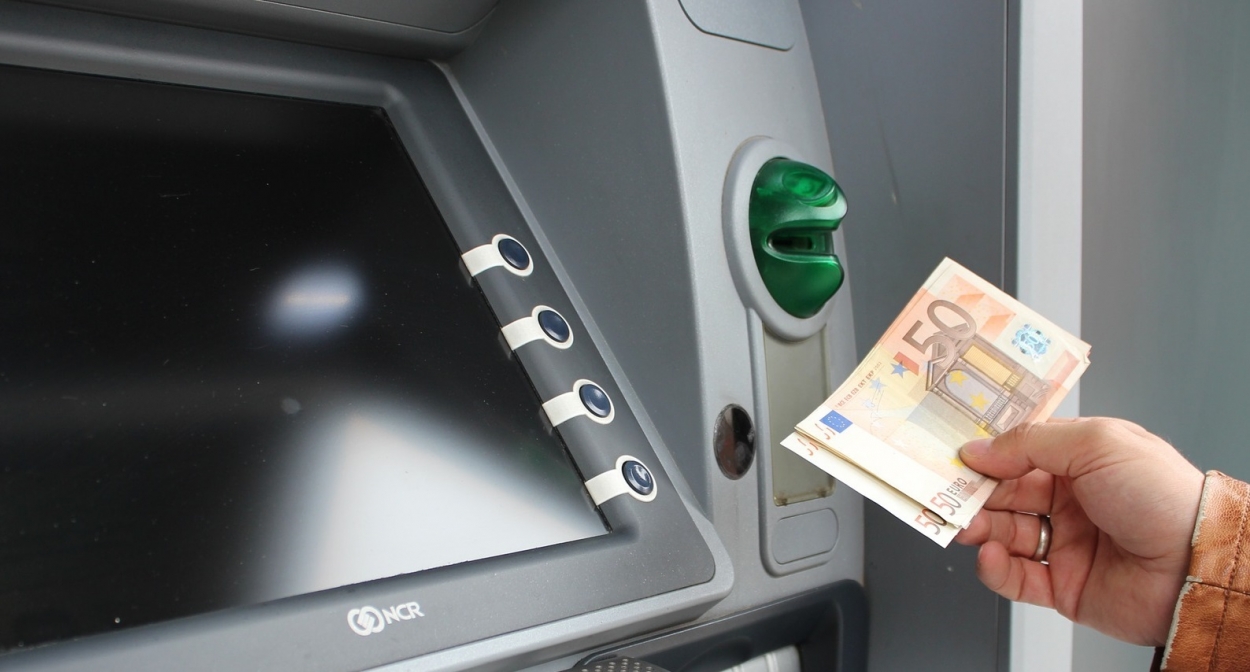 The Paris-based Association of Accidental Americans has announced that several of its members have been told that they face the closure of their BNB Paribas Private Bank accounts within two months, as they have failed to provide the bank's officials with a U.S. Social Security Number (SSN), which they don't have.

According to Fabien Lehagre, president and founder of the AAA, the letters represent a significant worsening of the situation so-called accidental Americans living in France and elsewhere in Europe have been dealing with for months, as banks there (and elsewhere outside of the States) respond to pressure from the U.S. to provide them with more information about their U.S. citizen (and thus, under the U.S. system, U.S. taxpayer) clients.

The information reporting obligation on the part of non-U.S. banks was introduced by the Foreign Account Tax Compliance Act (FATCA), an anti-tax evasion law signed into law by President Obama in 2010 and brought into force in most countries in 2014.

As this and other publications have been reporting since early 2019, such non-U.S. banks as well as their clients – especially those considered to be American but who consider themselves to be citizens of other countries, and who lack such American Tax Identification Numbers as SSNs – have been concerned about the scheduled ending, on Dec. 31, 2019, of an initial grace period for banks, during which they didn't have to provide the U.S. with the SSNs/TINs  of all of their American citizen account holders.

While this doesn't affect most Americans with accounts in such institutions, it has resulted in major issues for some dual citizens who don't and have never regarded themselves as American citizens, even though they were born there, or are considered to be American because one of their parents was. Many, in fact, only discovered that they were considered to still be American as a result of having been born there when a bank warned them that they risked losing their bank account.

Although the IRS has occasionally sought to downplay the concerns –  adding a question to its list of FATCA FAQs on its website,for example, in October 2019, as the issue began to heat up – many banks haven't felt this was enough for them to risk the significant penalties that FATCA provides for in the case a financial institution is found not to comply with the law.

Dutch banks have been particularly firm with their American citizen account-holders, as reported. Last year, a retired KLM Airline pilot challenged his bank's right to require him to enter the U.S. system, in order to formally renounce his citizenship or otherwise become compliant, by taking it to court, but in a decision published on Christmas Eve, the court found in favor of his bank.

Lehagre: 'We are French citizens'

In his Facebook posting, Lehagre (pictured left, while testifying at an EU hearing on FATCA in 2019)  begins by noting that he has been "alerting [French Finance] Minister Bruno Le Maire for several years about the risks to more than 40,000 French citizens born on American soil who have no Social Security Number (SSN)."

He continues: "Due to the bilateral [FATCA] agreement signed between France and the United States, banks must get this number from their customers identified as [being a] 'U.S. Person.'

"If they fail to do so, 'this outcome may lead to serious financial difficulties (including bankruptcy) of banks,' according to the European Banking Federation.

"The problem is that since March 2020, the U.S. Embassy has shut down the service delivering SSNs, due to the pandemic. So it's impossible for accidental Americans to get this number.

"It's high time President Emmanuel Macron commenced personally to open negotiations on this topic with his American counterpart.

"We are French citizens, and as such, France must protect us from the consequences of extraterritorial of American legislation."

BNP Paribas officials didn't immediately reply to a request for comment on Monday. 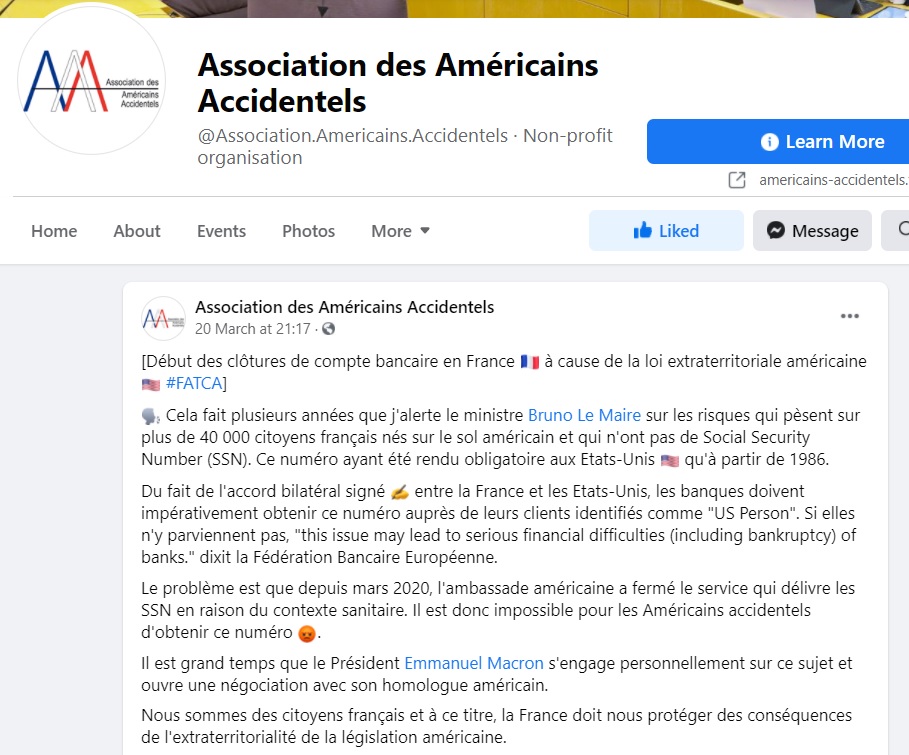 In an update, Lehagre told the AXFNJ that he was aware of six members of his association who have BNP Paribas bank accounts, as well as two members of the AAA's Belgium affiliate that also do.

He said he's urging anyone else who has received a letter from their bank announcing that their account was being closed due to their failure to provide it with their U.S. SSN or TIN to let him know.

The news of the letters from BNP Paribas warning two AAA members of the imminent closure of their accounts, due to failure to provide it with their SSNs, is the latest development in a long-running battle that Lehagre's organization has been fighting for years.

Among its most recent actions, Lehagre's Association of Accidental Americans joined organized a group of 20 accidental Americans of 10 different nationalities, and with them, filed a complaint in U.S. District Court in Washington in December against the U.S. State Department in which they alleged that the current US$2,350 fee for renouncing one's American citizenship violates the U.S. Constitution and international law. A few months earlier, it filed its second lawsuit in little more than a year in a Paris court, in which it alleged that the way France's online banks were "discriminating" against French citizens with dual American citizenship was making it difficult if not impossible for them to maintain a French bank account.

Last July, the AAA went public with its criticism of a then-new French television advertisement that featured the American film star Brad Pitt appearing to make use of an account card issued by France's online-only Boursorama bank, which, the AAA noted, technically wouldn't actually have accepted Pitt as an account-holder because of his American citizenship.