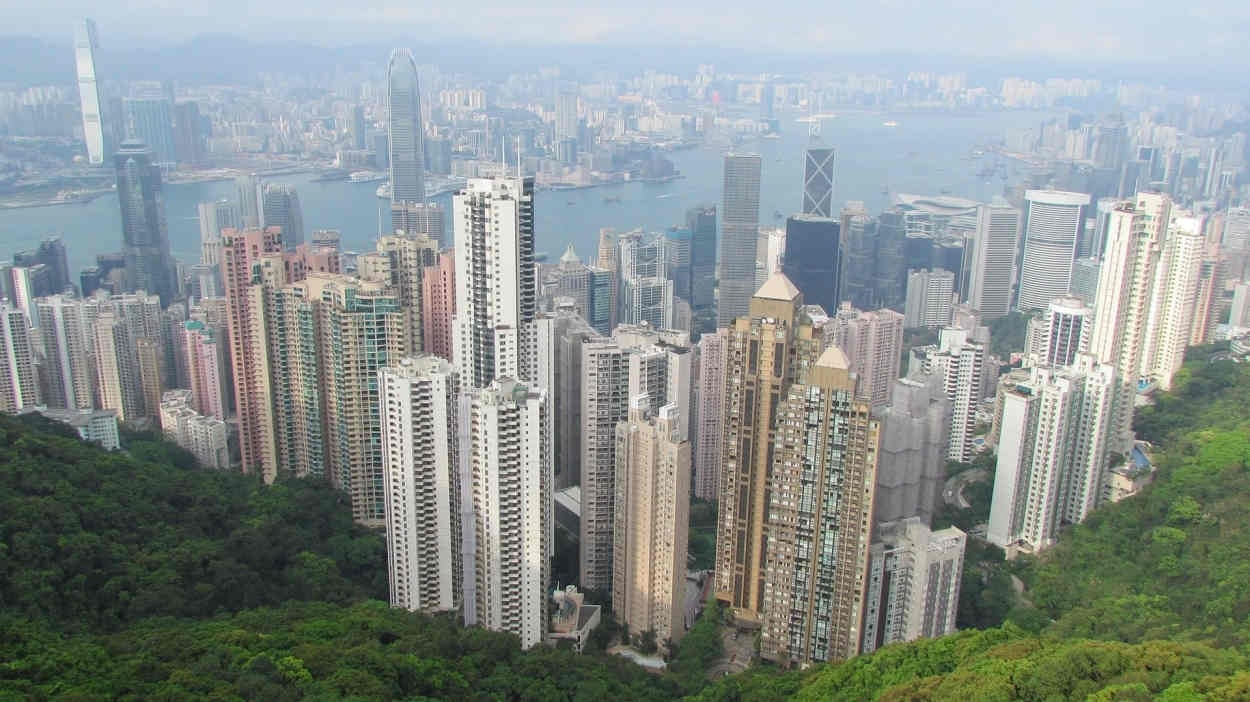 More than 40% of a 24% sampling of members of the American Chamber of Commerce in Hong Kong said they "plan to or are considering" leaving the jurisdiction, with most citing concerns over such issues as a new and sweeping national security law, and growing U.S.-China tensions.

The report, dated yesterday and available on the organization's website, also found that 58% of those who participated in the survey "have no plans to leave Hong Kong," according to an AmCham Hong Kong summary of the report's findings. 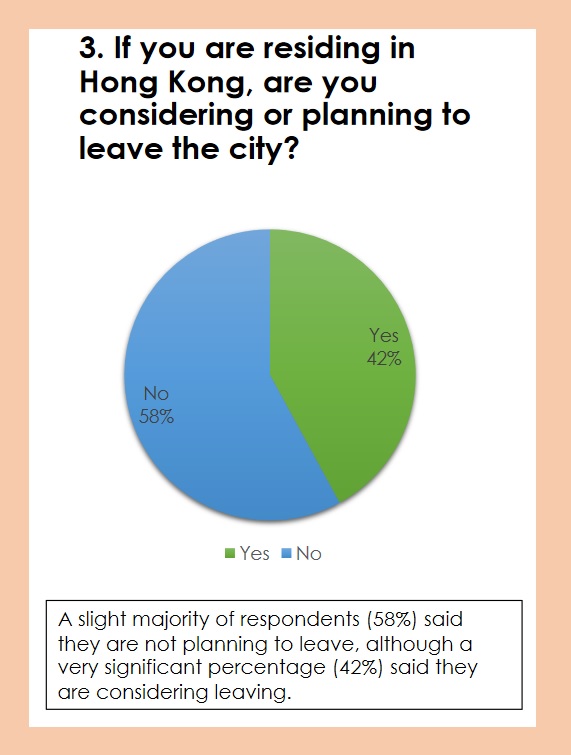 AmCham Hong Kong carried out the survey earlier this month, and received responses from 325 of its more than 1,300 members.

It comes a little more than a month after a survey by the American Chamber of Commerce in Shanghai found more than a third of multinational firms in that major Chinese city said they were considering relocating their offices, in response to a Chinese government plan that would end tax breaks currently available to foreign employees.

China has said it will scrap non-taxable allowances for foreign employees starting on Jan. 1, 2022. According to media reports last month, this means such foreign employees would no longer be able to claim exemptions on such benefits as housing, school tuition and language training. In its report, AmCham Shanghai said the impact on that city's role "as China's primary business hub" of this change in the tax regulations affecting expats there should "not be underestimated".

She added: "In this latest flash survey, our membership anonymously answered questions and gave comments showing the anxieties they feel, both personally and professionally, after a tough few years.

"While people share their love for living in this dynamic city, they also reveal growing underlying tensions and nagging fears."

For its part, "AmCham is dedicated to remaining in Hong Kong for the long haul," Joseph went on.

"We believe many businesses will have strong opportunities to thrive in the future. Right now, though, it’s easy to worry about a brain drain of top talent and skills in a gateway city that is fuelled by trade, international capital flows and global connectivity."

The National Security Law mentioned by Joseph was introduced by Beijing in 2020, and is designed to punish secession, subversion, terrorism and collusion with foreign forces, with harsh penalties for those found to have violated it.

up to life in prison, has further strained relations between the United States and China.Previously, I never had a worry about what I said or wrote when I was in Hong Kong," AmCham quoted one of the anonymous respondents as saying.

Other findings of the survey:

"Previously, I never had a worry about what I said or wrote when I was in Hong Kong,"  one respondent to the AmCham Hong Kong survey said, towards the end of the 12-page document containing the survey's findings, where the optional comments are published, anonymously.

"With the NSL, that has changed. The red lines are vague and seem to be arbitrary. I don't want to continue to fear saying or writing something that could unknowingly cause me to be arrested."

Said another: "Hong Kong will always be a wonderful special place, but it will never be the HK of the past, if people cannot understand and appreciate that, my guess is they will leave.

"I also feel a new wave of people will come in once the dust settles.”

Yet another survey participant, who was among those who had ticked the box saying they "plan to stay in Hong Kong," said they believed Hong Kong was actually "much safer" than the United States, and that it was "still a conduit of the east and west and it has so much more to offer to businesses.”

AmCham Hong Kong dates back to 1968, when, according to its website, it was conceived “to represent the ever-growing range of American business interests in the colony”, as well as to “serve as a forum for the exchange and development of ideas among members of the business community, both in Hong Kong and throughout the Asia-Pacific region.”

Its first offices were located in Edinburgh House in Central, and the first official Chamber meeting was held on May 17, 1969 at the American Club. Today the chamber is said to be one of the largest American Chambers outside the U.S., in addition to being Hong Kong's largest international chamber, and is also said to be influential as well as actively engaged in a range of local and international public policy issues.

As reported here in December, 2019, AmCham Hong Kong president Joseph and the organization's chairman, Robert Grieves, were denied entry to Macau when they were attempting to attend an AmCham Macau event there, allegedly because of the organization's support for a pro-democracy bill then being discussed in the "Special Administrative Region" of China. Macau officials dismissed these claims, according to press reports of the time.