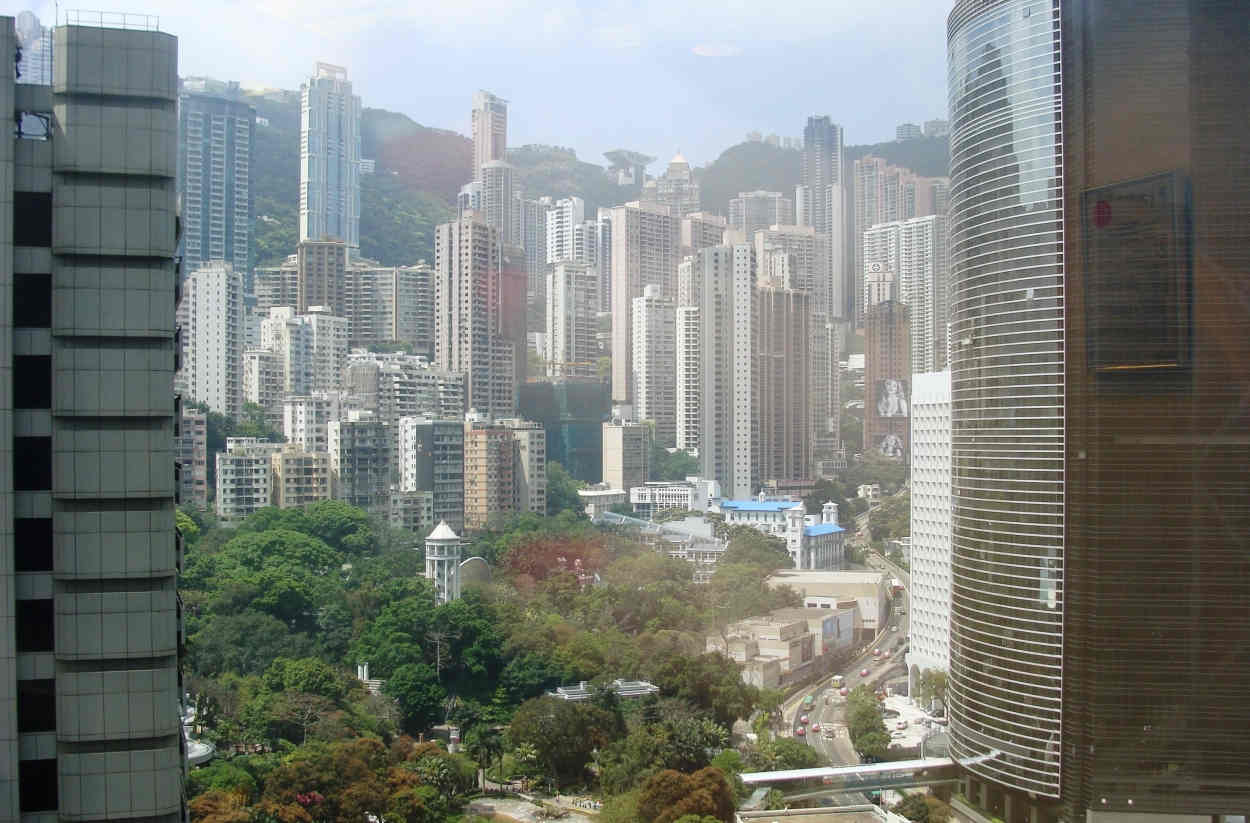 Hong Kong saw the greatest number of sales of ultra-prime residences costing more than US$25m (£22.1m, £19.9m) in the year to the end of August, according to a first-ever assessment of this market by Knight Frank.

In addition to seeing the greatest number of sales above US$25m, Hong Kong also led the rest of the world's cities favoured by the ultra-wealthy in terms of the highest prices achieved, and what Knight Frank calls "the highest total ultra-prime spend," a reference to the total amount spent, when all of the US$25m sales were added together. In Hong Kong this number was US$2.5bn, with the average ultra-prime residence there going for US$52.8m.

The growth of the ultra-prime market around the world has been fuelled, according to Knight Frank's global head of research, Liam Bailey, by "the relentless creation of private wealth".

Knight Frank, which for more than a decade has published a detailed annual look at trends in the world of high- and ultra-high-net-worth investors known as the Knight Frank Wealth Report, said its researchers had drilled down into the data to reveal what it says are some 17 "true ultra-prime destinations", which it defines as "locations where there are at least three transactions over US$25m each year, over the past three years".

"This growth in global wealth is likely to mean that transactions at the very top-end of the market will continue to increase and spread to more locations that we haven't highlighted [thus far]."

Among the other key findings to emerge from the Knight Frank report:

• Combined transaction levels in these six cities grew by 12% in the two years since 2016.  Knight Frank said growth in these markets looked "set to continue," in spite of recent reports of prices coming down in certain markets, such as New York and London.

•  Had this survey been taken in 2015, London would have topped the Knight Frank Ultra-Prime Residence league table in terms of the numer of transactions over the US$25m mark; that year, US$2.9bn worth of ultra-prime London residences changed hands. Knight Frank attributed London's slide from the top of the ranking to higher stamp duty charges, alongside concerns over Brexit.

•  In 2016 only two properties in the "ultra-prime" category were sold in Singapore, according to Knight Frank, but wealthy buyers in that city-state apparently regained their appetite in the most recent 12-month period, when 12 such properties were sold.

(Below is one such charts from the report.) 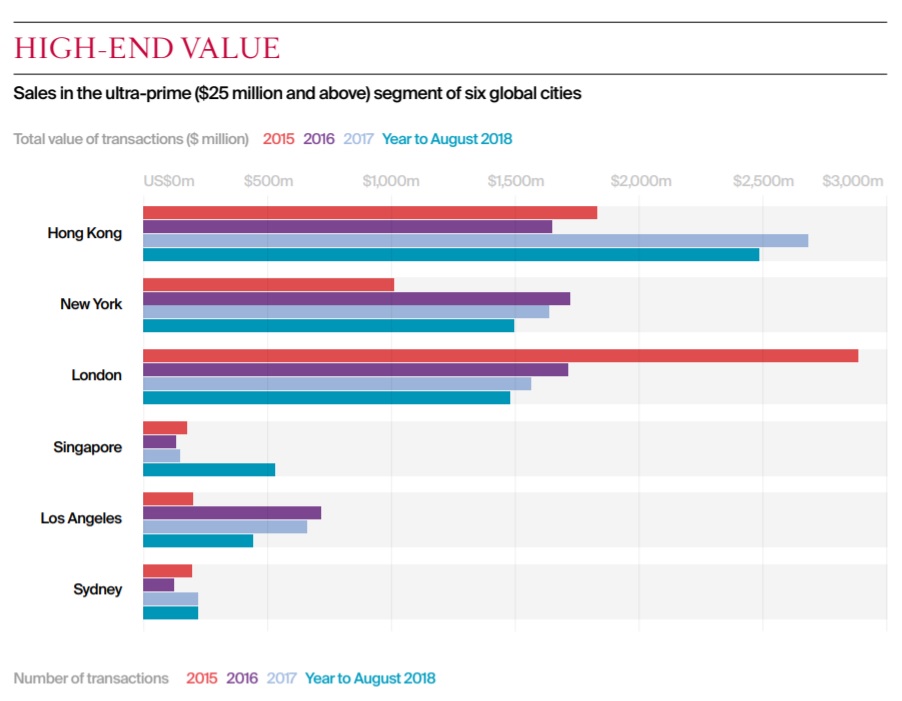 More in this category: « AmCham China to add chapter in Shandong province U.K. decides not to suspend its 'golden visa' scheme after all »