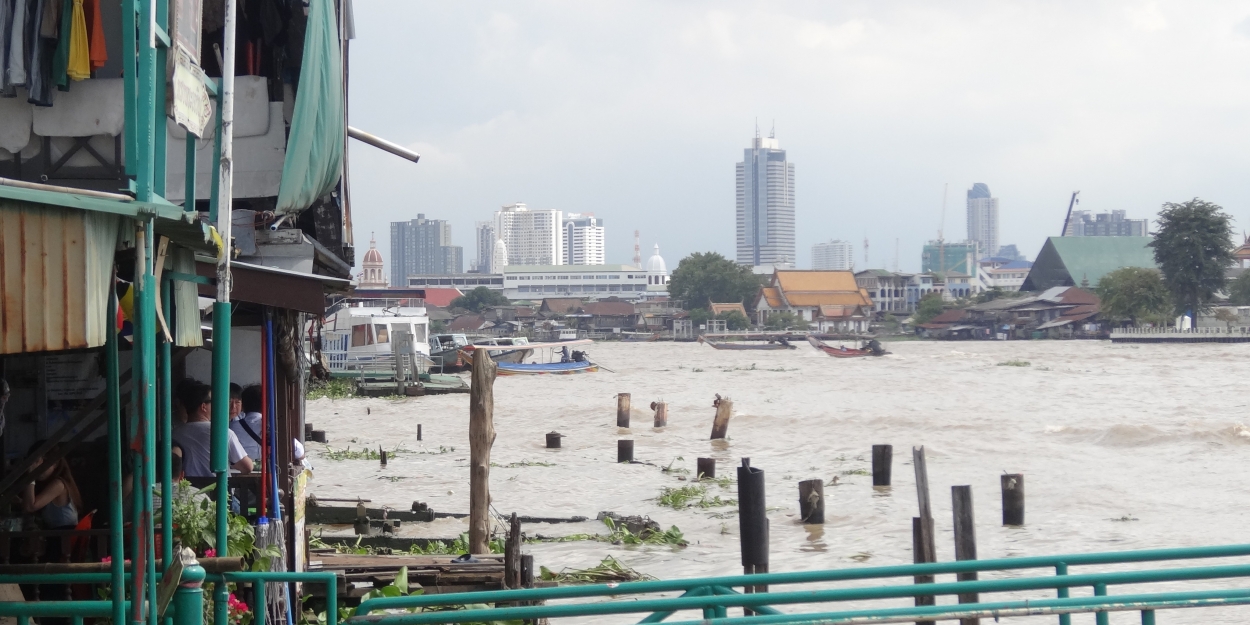 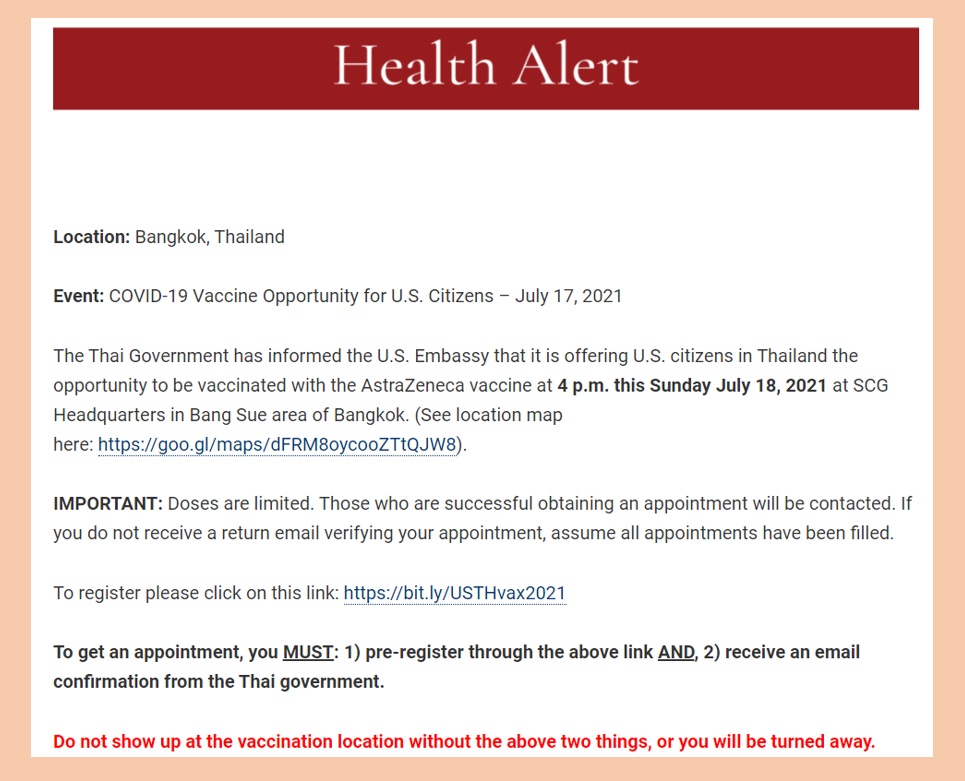 
Below is the written response of a U.S. State Department official to a list of questions having to do with the U.S. government's response to calls by American expats in Thailand specifically – and elsewhere generally – for help in enabling U.S. expats to get Covid-19 vaccines right away, in the same way that U.S. citizens back in the U.S. did, months ago, and Americans working overseas for American embassies, consulates and military outposts also did...

The U.S. Department of State has no greater responsibility than the safety and security of U.S. citizens overseas. We continue to communicate travel advice to U.S. citizens during the ongoing COVID-19 pandemic.

While the Department of State does not provide direct medical care to private U.S. citizens abroad, we are:

• Working with countries that have a robust vaccination program to ensure all residents, including U.S. citizens, can receive vaccines.

• Ensuring U.S. citizens overseas who travel back to the United States can be vaccinated easily and effectively (visit Vaccines.gov or call 1-800-232-0233 to find a location in the United States).

Note that timelines for vaccine administration will vary by country, and wait times may be lengthy.

Refer to the CDC [Centers for Disease Control and Prevention] website for further advice and requirements for both vaccinated and unvaccinated travelers. Requirements to return to a residence abroad will also vary by country.

The Department advises U.S. citizens planning to return to a residence overseas to check the relevant Embassy or Consulate COVID-19 website, and consider such requirements while making their travel plans, and to keep in mind that host government requirements can change with little or no notice.

• U.S. citizens abroad should also register for the Smart Traveler Enrollment Program (STEP.state.gov) so that they can receive important messages from their nearest U.S. embassy or consulate, including timely alerts and updates to travel advisories.