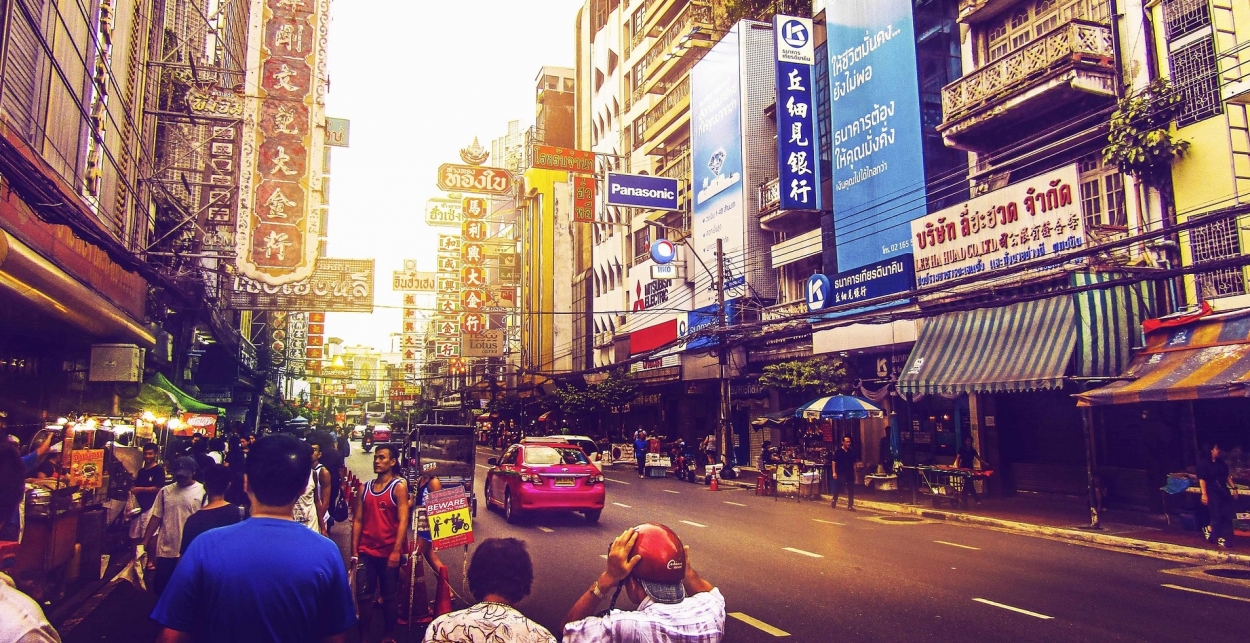 While the U.S. State Department isn't known to have changed its stated policy of not providing "direct medical care to private U.S. citizens abroad," including vaccines, the Democrats Abroad Thailand has told its members that those expats living in Thailand who are U.S. military veterans may now "register for vaccination" with the Pfizer vaccine, through their local VFW (Veterans of Foreign Wars) or American Legion posts.

In an email dated Tuesday, a copy of which the American Expat Financial News Journal has seen, the Thailand outpost of the Democrats Abroad – itself an official arm of the U.S. Democratic Party – said the vaccines were being made available, at no charge, to "anyone who has served in the U.S. armed forces, whether or not you are a member of the VFW or American Legion."

"There is no need to join either organization," the Dems Abroad Thailand email added.

"Other eligibility requirements may be applied by the [Thai] Ministry of Public Health (MOPH), but we recommend that any veterans who wish to register for the Pfizer vaccine contact your local VFW or American Legion Post...for inclusion or for more information."

The Dems Abroad Thailand email ends with a listing of the websites (and in some cases the Facebook pages as well) of VFW posts located in Korat, Udon Thani, Pattaya, Bangkok, Chiang Mai and Bang Chang/Rayong, as well as a link to the website of the American Legion Thailand, in Ubon Ratchathani.

The Dems Abroad Thailand email notes that there's no given deadline for U.S. vets to take advantage of the vaccine offer, but adds: "We would strongly suggest contacting your local post as soon as possible if you are interested, since Pfizer [vaccines are] in high demand."

The email didn't say where the vaccines were coming from, but other sources told the American Expat Financial News Journal that they would have been from a 1.5 million-dose batch of vaccines the U.S. announced in July that it would donate to Thailand,  of which, as reported, the chief of Thailand's National Security Council was quoted as saying at the time, a proportion would be set aside for foreigners.

For this reason, a U.S. government official said, in a brief telephone interview with the AXFNJ on Friday, reports that the veterans' groups had run out of doses most likely had to do with a temporary situation, since additional vaccine supplies are steadily coming online, and will continue to. The U.S. has committed to providing another 1 million doses to the country, although it hasn't yet been announced when they'll be arriving.

A spokesperson for the American Legion Thailand didn't immediately respond to a request for comment.

As this and other publications have been reporting for the last several months, unknown numbers of American expats around the world have been struggling to obtain Covid-19 vaccines since they began to be made available earlier this year, because they live in countries where, for various reasons, the vaccines aren't making it to the jurisdiction's resident foreign citizens.

Among the most visible and outspoken of these un-vaxxed expat Americans have been those in Thailand, some of whom have been calling for months for the U.S. government to  to provide them with Covid-19 vaccinations – in recognition of their status as U.S. taxpayers, owing to America's citizenship-based tax regime, which is all but unique in the world, and which means many ordinary (as opposed to wealthy) American expats have annual tax-filing, and potential tax-paying, obligations.

Their call has been endorsed by a number of Washington lawmakers from both parties, and even some former U.S. ambassadors, including Michael George DeSombre, a former Sullivan & Cromwell lawyer who served as U.S. ambassador to Thailand from March 2020 until earlier this year.

Such expats argue that for this reason, they deserve to be provided with free, high-quality vaccines in the same way that Americans who live in the States have been (even though many Homeland Americans are, controversially, choosing not to be vaccinated).

Particularly at risk, some have pointed out, have been elderly American expats – such as military veterans living in Thailand, of whom there are believed to be a significant number -- who are too frail to return to the U.S. or even to travel to the U.S. territory of Guam, as well as, in many cases, too poor. (A a relative neighbor of Thailand's, Guam has set itself up as a "vaccine tourism" destination, although a report in today's New York Times bears the telling headline: "Guam tries (and mostly fails) to lure tourists back with vaccines".)

U.S. government spokespeople say they don't have any official estimates as to the numbers of Americans currently living in Thailand, but unofficial estimates put the number at somewhere between 40,000 and 100,000. Thailand's total population is around 69 million, according to official data from a variety of sources.

Inroads being made (but progress still slow)

Today, expats living in Thailand are saying that Thailand's maddeningly disorganized and slow vaccination program is beginning to show some signs of progress, with the number of citizens and resident foreigners who have had at least two Covid-19 vaccinations at 9.5%, as of Aug. 25. (It was just 5.1% on July 21, according to the Financial Times's Covid-19 Vaccine Tracker), but the progress continues to be slow. Many expats say they still remain frustrated (and unvaccinated), although some say they've had at least one shot, and feel as though their options appear to be growing.

One as yet unconfirmed rumor making the rounds in Bangkok earlier this week, meanwhile, was that an unidentified American died there recently when an available bed in an intensive-care unit couldn't be found for them in time. This couldn't be confirmed, nor is it known how many, if any, other Americans in Thailand are known to have died thus far from the virus.

Those who have been able to get even a single vaccine dose describe having to pay the equivalent of hundreds of dollars to do so, not counting hours spent driving to the Bangkok hospitals, where the vaccines tend to be on offer, from their homes in towns and cities located hundreds of miles away.

"I'm scheduled for a second shot on Sept. 9, but probably there won't be any flights available," one expat told the AXFNJ, glumly, after admitting that he had spent more than $300 "getting a Pfizer."

Another American expatriate who lives in Bangkok said that now, more than before, there at last seemed to be "some choices" about vaccines – and expressed gratitude for "the efforts of such groups as the Democrats Abroad, Republicans Overseas, the VFW, and the American Women's Cub" that she said seemed to have "resulted in some of the U.S. donation going specifically to VFW members, many of whom may be Vietnam War vets."

For expats such as her, she noted, "we've been notified of a Thai Board of Trade allocation of AstraZeneca through the American Chamber of Commerce, while we also should qualify for the Expatvac/Intervac Pfizer donation.

"This new flood of vaccines for expats is very welcome."

While Americans living in Thailand may be beginning to see their chances of being able to obtain a Covid vaccine appearing to rise, Britain's news media on Friday were reporting that Thailand had just been placed on the British government's "Red List" of jurisdictions, meaning that visitors coming to the UK from Thailand would have to quarantine in a designated hotel for 10 days if they arrived after 4am on Aug. 30 (Monday) – at a cost of £2,285 (US$3,145) for a single adult, plus extra charges for additional adults or children in the same room.