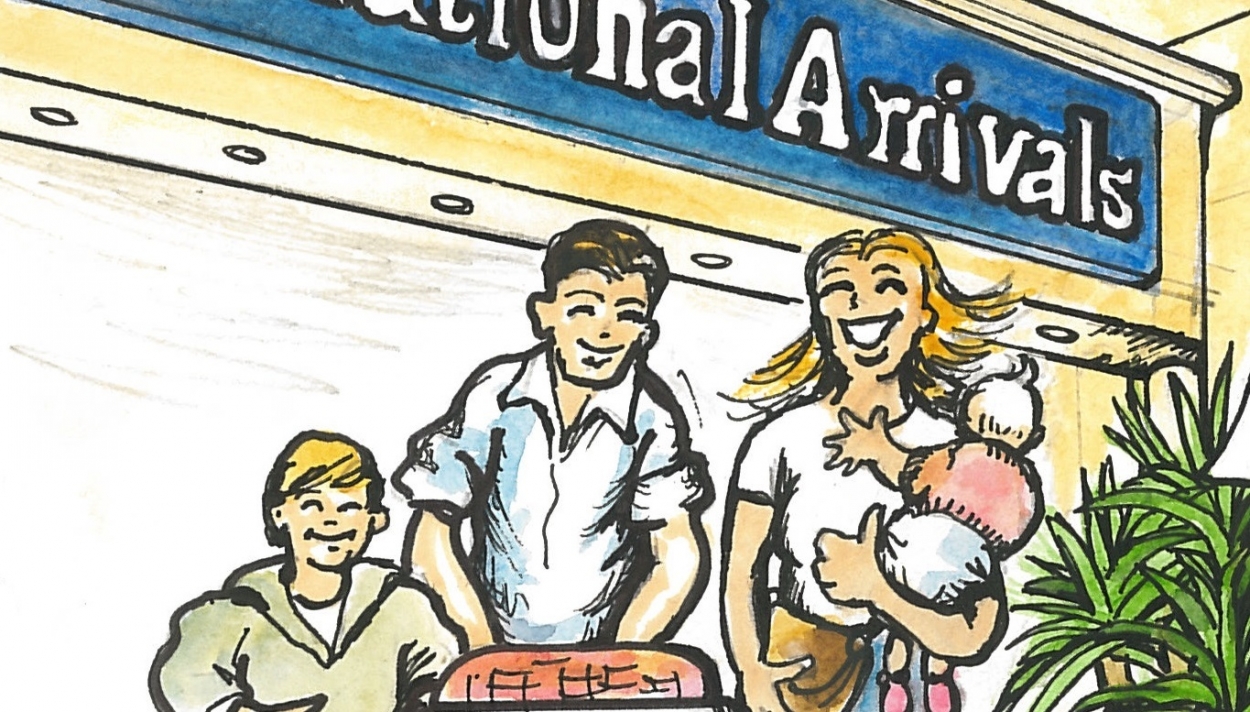 Americans who live abroad are older on average than their global counterparts; more likely to work part time; and often work in the field of education, according to the latest research report from InterNations, a Munich, Germany-based organization of expatriates, which claims to have 4.2 million members in 420 cities around the world...

The Expat Insider 2021 Survey: The Future of Working Abroad report also found that only 36% of the Americans interviewed – out of some 8,313 working expats in 175 jurisdictions around the world who were surveyed – said the primary reason for moving overseas was career-related, compared with 47% of global expats who gave "job-related reasons" for their decision to up sticks and leave their home countries.

Instead of work-related reasons, "an above-average share of Americans working abroad" said they had originally done so "because they wanted to live in their partner’s home country" (i.e., "for love"), according to a summary of the survey's findings, which said 16% of Americans gave this reason, compared with 10% globally.

Another 8% said they had ventured overseas "because they were looking for an adventure/a personal challenge," compared with 6% of respondents globally, while 6% of American expats (and 4% of the rest) said they'd done so "for their partner’s job or education," or "because they simply enjoy living abroad (5% vs. 3% globally)," the summary of the survey's findings added.

More than half  (52%) of the American expats surveyed who said they were working were female, compared with a global average of 47%.

Overall, American expats tend to be well educated: more than nine in ten have a bachelor’s degree (41%), a postgraduate and/or master's degree (44%), or a PhD (9%).

The key focus of this year’s Expat Insider survey, possibly reflecting what some experts have said have been unprecedented changes in the way people around the world are living now, as compared with before the Covid-19 pandemic, was on "the future of working abroad", according to InterNations.

U.S. expats 'tend to work in education or run their own business'

Perhaps not surprisingly after a decade that has seen numerous U.S. and British private schools and universities opening outposts abroad, exactly one American expat in four today is working in the field of education, which is 13 percentage points more than the global average (12%).

InterNations agrees that the high percentge may be realted to the fact that "English native speakers [are] much sought after," and points out that "the share of British and Canadian expats working in education is also considerably higher than the global average (22% each)."

Other fields of work the survey reveals Americans to mention more frequently than some of their global counterparts include IT (8%) and advertising, marketing & communication (7%).

"The high share of (language) teachers might also explain the lower share of American expats in a senior/specialist position" of employment, the InterNations summary of its findings adds, noting that the U.S. figure is 21%, "vs. 30% globally."

"One in ten each is a top manager/executive (10% vs. 13% globally), or works in lower/middle management (10%, vs. 17% globally)," It continues, while adding that American expats, more than expats from other countries, seem to prefer "being their own boss: More than one in five (21%) say they are self-employed or a freelancer, compared to just 11% of expats worldwide.

Finally, while the American expats surveyed by InterNations expressed satisfaction with their work/life balance balance and jobs generally – "close to three-quarters, [or] 74%, are satisfied with their job in general, which is about the same as the global average [of] 73%" while "nearly three in four (74%) rate their work-life balance positively, which is six percentage points above the global average [of] 68%" – they appear not to see their future career options quite as positively, at least where they are now.

"Just 45% of American expats rate their local career opportunities positively, compared to 49% globally," the InterNations report summary notes, "and while close to two-thirds of expats worldwide (65%) are satisfied with the state of the local economy in their host country, just 61% of U.S. expats working abroad would say the same about their current country of residence."

The Expat Insider 2021 Survey: The Future of Working Abroad  report is based on data gathered by InterNations from some 12,420 expats for a more general report published in May. However, this report is based on a sub-section of data sets comprised of responses from expats who are currently employed, and broken up by nationality.

Below is a table featuring some of the key findings about American expatriates. To see this table more clearly on the InterNations website, click here, and click on the table you'll see on the page.