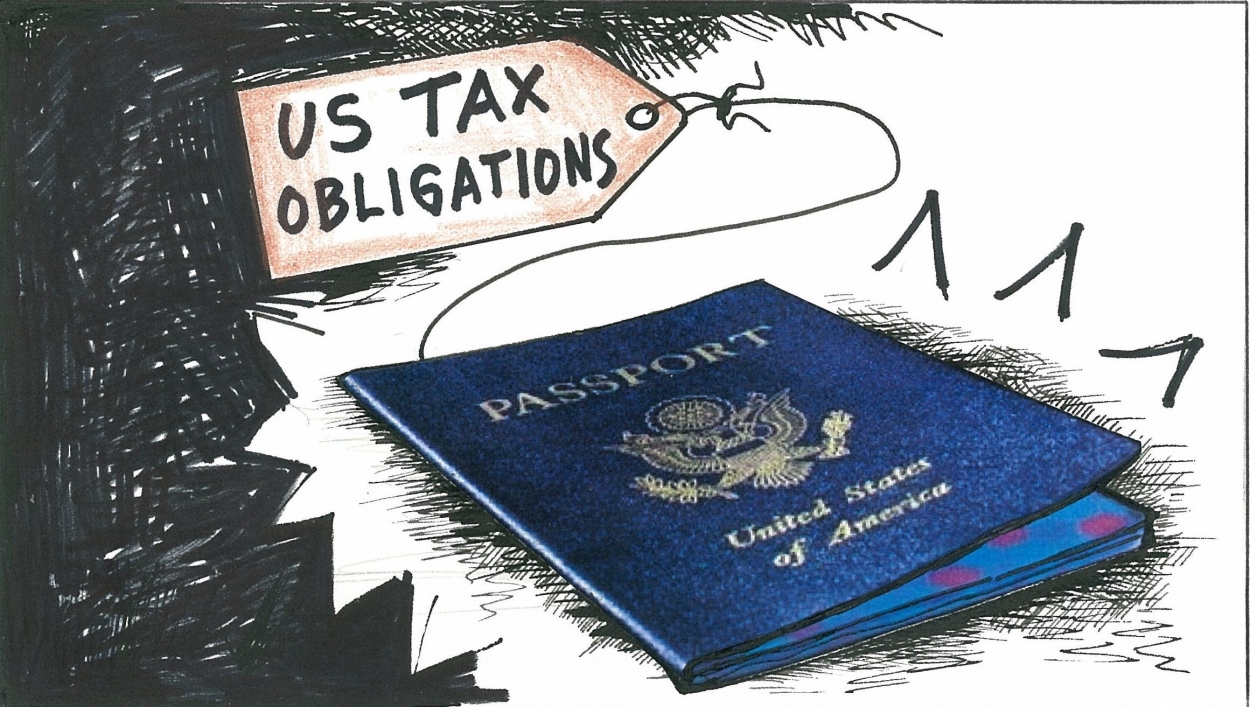 The Paris-based Association of Accidental Americans (AAA) said it has today filed a "request for enforcement" with the Dutch Data Protection Authority (Autoriteit Persoonsgegevens), in which it said it is "demanding an immediate halt to the automatic transfer of European citizens’ personal data to the United States," as part of the Dutch government's compliance with the U.S. tax evasion-prevention law known as FATCA.

Under FATCA (the Foreign Acount Tax Compliance Act), non-U.S banks and other non-U.S. financial institutions around the world are obliged to forward to the U.S. tax authority the tax-relevant data of all of their account-holders who are deemed to be "U.S. Persons" by the U.S. government.

Such persons are deemed by the U.S. to include "accidental Americans," a term often used to describe individuals who were born in the U.S. to non-American parents and left soon afterwards, to grow up as citizens and taxpayers of other countries, as well as some who were born overseas to one or more American citizen parent, but who never lived in the U.S., and who don't consider themselves to be American.

Today's action by the AAA is the latest in a series of similar legal challenges and complaints the organization has launched over the last few years, although it is thought to be the first it's undertaken in the Netherlands.

In choosing to go after the Dutch Data Protection Authority, the AAA is acknowledging that FATCA is implemented by the U.S. through a global network of bilateral intergovernmental agreements (IGAs) that more than 100 countries around the world have signed, and which commit these countries' tax authorities to transfer the data described above to the U.S. every year.

As this and other publications have been reporting for years, questions about whether this regime violates Europe's data protection laws have been raised by various individuals and groups in recent years, and while there have appeared to be indications that the legislation might need to be revisited, thus far no individual countries seem inclined to be the first to stand up to the U.S. over the matter, while European lawmakers have also avoided committing to action.

Perhaps the closest an EU body has come to taking action was a statement by the European Data Protection Board this past April, which instructed EU member states to  undertake a "review" of their international agreements "that involve international transfers of personal data, such as those relating to taxation (e.g. to the automatic exchange of personal data for tax purposes)," and to revise these agreements if necessary, in order that they complied with the EU's General Data Protection Rregulation (GDPR).

In a statement announcing its action, the AAA said it had been told by the Dutch Data Protection Authority, in response to questions it posed about the way the Netherlands complies with the data transfer requirements stipulated by FATCA, that the authority had completed its review of the FATCA bilateral intergovernmental agreement back in 2013, ahead of the signing of the IGA.

"Since this is an ongoing process, the Dutch Data Protection Authority awaits the outcomes of the efforts of the Dutch government before deciding on any further actions."

Lehagre: 'Need to keep pressure on'

Fabien Lehagre, the difficult-to-miss accidental American who founded the AAA in 2017 (pictured left), said in a statement today that the Dutch data protection authority was chosen in part because his organization has now "exhausted" all its legal options in France, in addition to launching actions in Luxembourg, Belgium and the European Ombudsman.

"Our only option now is to keep the pressure on the [EU] member states, and [in so doing] have them renegotiate the FATCA agreements as quickly as possible," he said, in an email this morning.

He noted that the AAA had also "already asked the European Commission to initiate an infringement procedure against France, since the country's highest administrative court, the Council of State, refused to recognize the illegality of these transfers."

The AAA is being represented in its Dutch action by the international law firm of NautaDutilh, which, as reported, is also looking after its interests in its Belgium and Luxembourg actions.

Another battlefield over the possible data protection issues FATCA raises in Europe has been the European Court of Justice, where a couple of judgments last year were seen as an indication that the tide of judicial opinion with respect to FATCA seemed to be running against it.

Perhaps the most significant of these was an ECJ ruling in July that came to be known as "Schrems II" (after an earlier privacy law case involving a 30-something Austrian national named Maximilian Schrems, which ended in a decision that came to be known as Schrems); another, in October, was described at the time by Filippo Noseda, a Mishcon de Reya partner who has been active in this area on behalf of such clients as a UK-resident American named "Jenny,"  as "perhaps even more of a game-changer than Schrems II."

With Schrems II, the ECJ struck down the main mechanism used by the EU to protect the personal data of EU citizens when it's transferred to the U.S., the so-called "Data Protection Shield", which, as reported, in addition to its potential implications for FATCA, was seen as having major potential implications as well for social media companies like Facebook.

Signed into law in 2010 by President Obama – buried inside a domestic jobs bill known as the HIRE Act, for which it was meant to be the revenue-raising component – FATCA was aimed at preventing tax evasion, money laundering and the financing of terrorism. It was conceived as doing this by obliging non-U.S. banks and financial institutions around the world to report to the U.S. Internal Revenue Service on their American citizen account-holders.

At the time, a number of widely-published exposés had revealed that a relatively significant number of wealthy Americans were keeping money abroad, particularly in Swiss banks, and in doing so, had managing to avoid their U.S. tax obligations.

The problems began to arise quickly, however, because, under the U.S. system of citizenship-based taxation, all Americans are considered to have tax obligations, even if they don't live in the U.S. Also, many banks and financial institutions found it easier to avoid having American clients than to comply with FATCA, a problem that continues to plague expats, particularly those whose modest savings and basic bank accounts few institutions wish to manage for them.

For this reason, many expatriate groups have been calling on the U.S. to move to a residence-based tax regime, like every other major country in the world has.