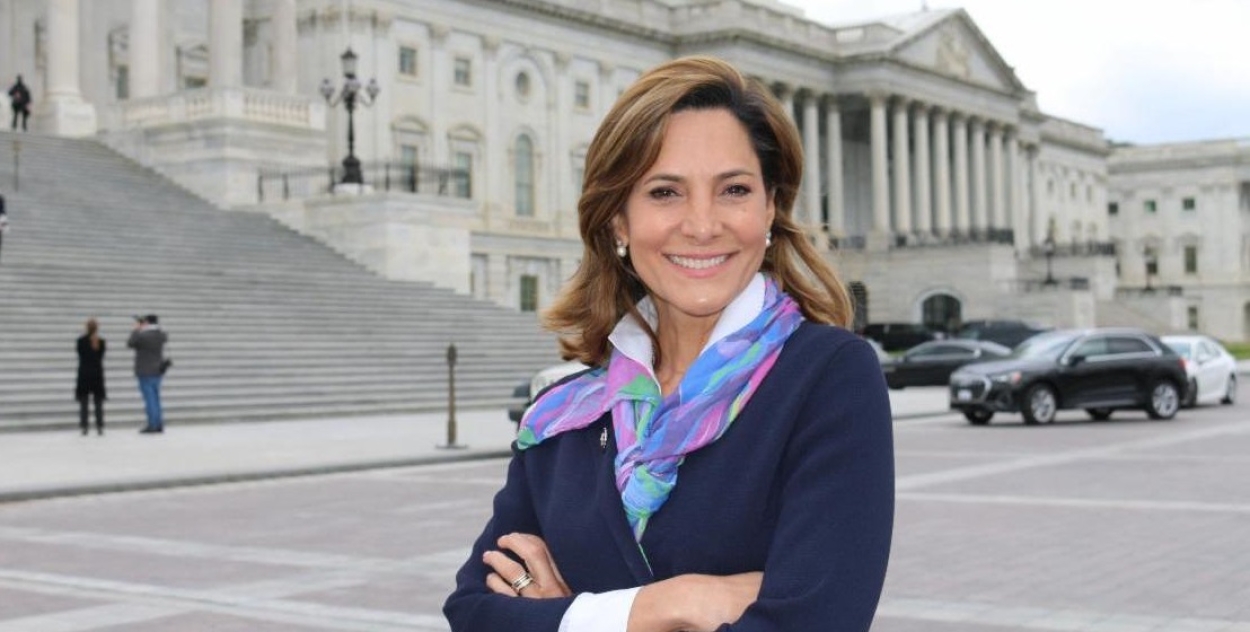 In what some observers are hoping could represent a significant development in the American expatriate advocacy arena, a Republican representative from Miami, who has personal experience of life as an expatriate, has joined New York Rep. Carolyn B. Maloney as a co-chair of the Americans Abroad Caucus, which Rep. Maloney recently registered in the 117th Congress.

Dina Titus, a Democratic representative from Nevada, has been named a third co-chair of the caucus, which Rep. Maloney co-founded in 2008 with a Republican, Rep. Joe Wilson, of South Carolina.

Rep. Maloney unveiled the news of the two new co-chairs and the re-registration of the caucus in a statement last week.

In announcing that Reps. Salazar and Titus would be joining her as co-chairs of her caucus, Rep. Maloney also announced the re-introduction of two pieces of legislation,she first introduced in 2019: the Overseas Americans Financial Access Act, and the Commission on Americans Living Overseas Act.

According to Rep. Maloney, the two bills would, if signed into law, "help American citizens living abroad who are unfairly and disproportionately burdened by existing tax laws."

Rep. Maloney had said in September  that she would  "soon be announcing a new [Republican] co-chair" for the Americans Abroad Caucus, which had been without a co-chair since March of 2020, when Republican Mark Meadows of North Carolina left his seat in the House to become President Trump's chief of staff.

Rep. Salazar, pictured above, was a serious and widely-respected journalist in the U.S. Spanish-language media industry before entering politics.

According to a biography on her website,  she won five Emmy Awards during her years with such major U.S. media organizations as Telemundo, Univision, AmericaTeve, MegaTV, and CNN en Español.

Rep. Salazar was born in Miami's Little Havana neighborhood, the daughter of Cuban exiles.  She grew up speaking both Spanish and English, and spent part of her childhood in Puerto Rico, according to her website bio.

Since entering Congress in 2019, Rep. Salazar has assumed the role of the Republican party's unofficial LatAm voter's advocate, speaking out on such issues as pro-democracy efforts in Cuba and Nicaragua, and the need to close "loopholes that kleptocrats from around the world use to launder money in the United States."

The Americans Abroad Caucus currently consists of 26 members of the House of Representatives, including at least three members who are known to have been born overseas themselves: Rep. Don Beyer (D-Virginia), who was born in Trieste, Italy; Susan Wild (D-PA) born in Wiesbaden, Germany; and Adriano Espaillat (D-NY), born in the Dominican Republic.

The Caucus membership also includes Gregorio Kilili Camacho Sablan, a non-voting "Delegate to the House of Representatives" who is affiliated with the Democratic party and represents the Northern Mariana Islands, according to a fact sheet about the Americans Abroad Caucus on the website of the American Citizens Abroad, a Washington, DC-based advocacy organization.

In a statement accompanying the announcement of her co-chair role with the Americans Abroad Caucus, Rep. Salazar noted that, as Florida's 27th District's congressional representative, "I represent thousands of American citizens who live and work abroad.

"From deciphering complex tax laws to ensuring they have adequate healthcare access, Americans abroad face a unique set of challenges.

"I am honored to co-lead the Americans Abroad Caucus, and look forward to continuing to serve as a voice in Congress for Americans living overseas."

"This bipartisan caucus provides an important forum to address the issues faced by Americans abroad, and ensure they’re being provided appropriate representation.”

Rep. Maloney has been a member of the House of Representatives since 1993, originally for New York's 14th Congressional District, then, since 2013, following a re-districting, its 12th district.