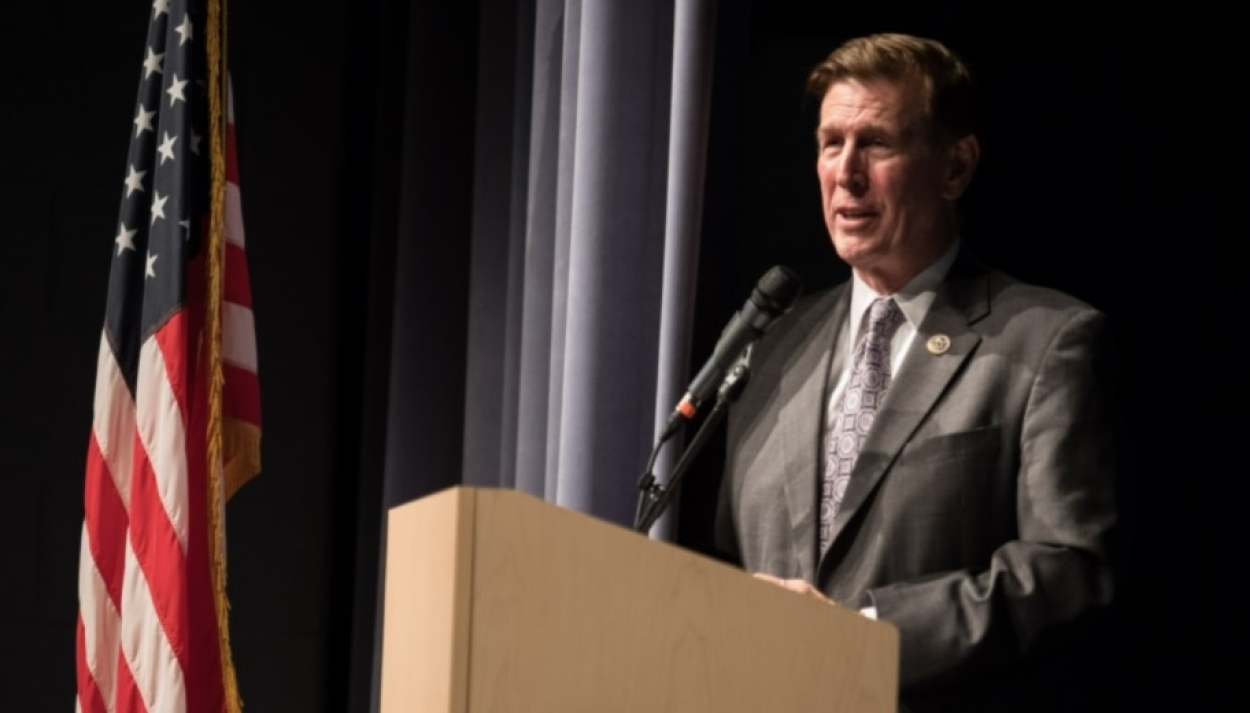 Don Beyer, a U.S. Democratic congressman who represents a Virginia constituency, has introduced legislation he says is aimed at making life significantly easier for American expatriates, by making it easier for them to comply with their U.S. tax obligations.

The news was welcomed by many expats, according to spokespeople for expatriate advocacy groups, but was seen as less desireable, if more likely to be agreed to by Congress than a bill advocating a move to residence-based taxation – which the rest of the world, apart from the U.S. and Eritrea, practices – would have been.

Beyer introduced his bill a little less than three years after a Republican member of the House, George Holding, unveiled what he called the Tax Fairness for Americans Abroad Act, which was also aimed at helping American expats with their tax issues.

Rep. Holding's bill failed to attract any Democratic co-sponsors, however, and despite vowing to reintroduce the legislation before he left office, after his North Carolina district was redrawn in 2019, he never did.

Rep. Beyer's bill is being called the Tax Simplification for Americans Abroad Act (HR 6057), and was introduced on Nov. 19, according to the Democrats Abroad, the overseas arm of the American Democratic party. The current session of Congress runs until Jan. 3, 2023, so the congressman and his supporters have more than a year to work on getting the bill through both the House and Senate, and signed into law by President Biden.

According to the Washington, D.C.-based American Citizens Abroad advocacy group, which posted news about the new bill on its website on Nov. 24, the Tax Simplification bill "provides for a simplified tax filing form for certain Americans living and working overseas, and also expands the definition of foreign earned income eligible for exclusion under the Foreign Earned Income Exclusion (FEIE, section 911 of the Internal Revenue Code)."

The ACA announcement adds: "New categories of income would be eligible for exclusion such as pension income, disability payments, etc."

A two-page analysis of the bill written by the ACA's Charles Bruce goes on to note that as yet, "there are no estimates of the revenue effects of this legislation," but that "a significant revenue effect" would be expected, "because additional types of income [would] become excludable, i.e., not taxable" under the bill, as it's written.

"It should be noted, among other things, that U.S. Social Security payments are not simply excluded from tax," Bruce's analysis continues.

Rep. Beyer is a former U.S. ambassador to Switzerland and Liechtenstein, a member of the House Ways and Means Committee, and a member of the Americans Abroad Caucus in Congress.  In 2012, he was awarded the ACA's Thomas Jefferson Award, which is presented to individuals considered to have demonstrated "manifest dedication to the highest ideals of our common home country".

In a statement, the ACA called Rep. Beyers's bill "a good step forward and indicates that Congress is getting the message that something needs to be done about the taxation of Americans overseas," but goes on to add that it "does not address the greater problems associated with the current citizenship-based taxation (CBT) regime, which can only be addressed by serious tax reform and adoption of residence-based taxation (RBT)."

The ACA has been campaigning in favor of a move to RBT by the U.S. for years, and in April, its sister organization, the American Citizens Abroad Global Foundation, launched a campaign to raise US$75,000 to fund a research project that it said was aimed at helping to provide the ACA and others with fresh data that could be used to support arguments in favor of moving the U.S. to an RBT system.

In May, the organization posted a YouTube video of a webinar it held on the topic, entitled "Congress can pass Residence-Based Taxation (RBT). Here's how it's done."

In January, a new organization known as the Residence-Based Taxation Coalition was launched by a group of organizations and companies in the American expat space, in order to create a single loud voice to push the RBT agenda in Washington. the RBT Coalition currently has some 18 member entities, including several wealth management and tax advisory firms that look after expats, such as Americans Overseas, Dunhill Financial, Bright!Tax, Adrian Leeds and White Lighthouse Investment Management.

The ACA, Democrats Abroad, and Association of Americans Resident Overseas have signed up, but thus far no Republican expat organizations have joined.

On Nov. 1, Democratic Rep. Carolyn Maloney, who heads up the Americans Abroad Caucus in Congress, announced the introduction of two pieces of legislation she said were intended to "help American citizens living abroad who are unfairly and disproportionately burdened by existing laws."

The two bills, which she has introduced previously, are the Overseas Americans Financial Access Act and the Commission on Americans Living Overseas Act. More information on these bills and on the Americans Abroad Cacus may be viewed on Rep. Maloney's website by clicking here.