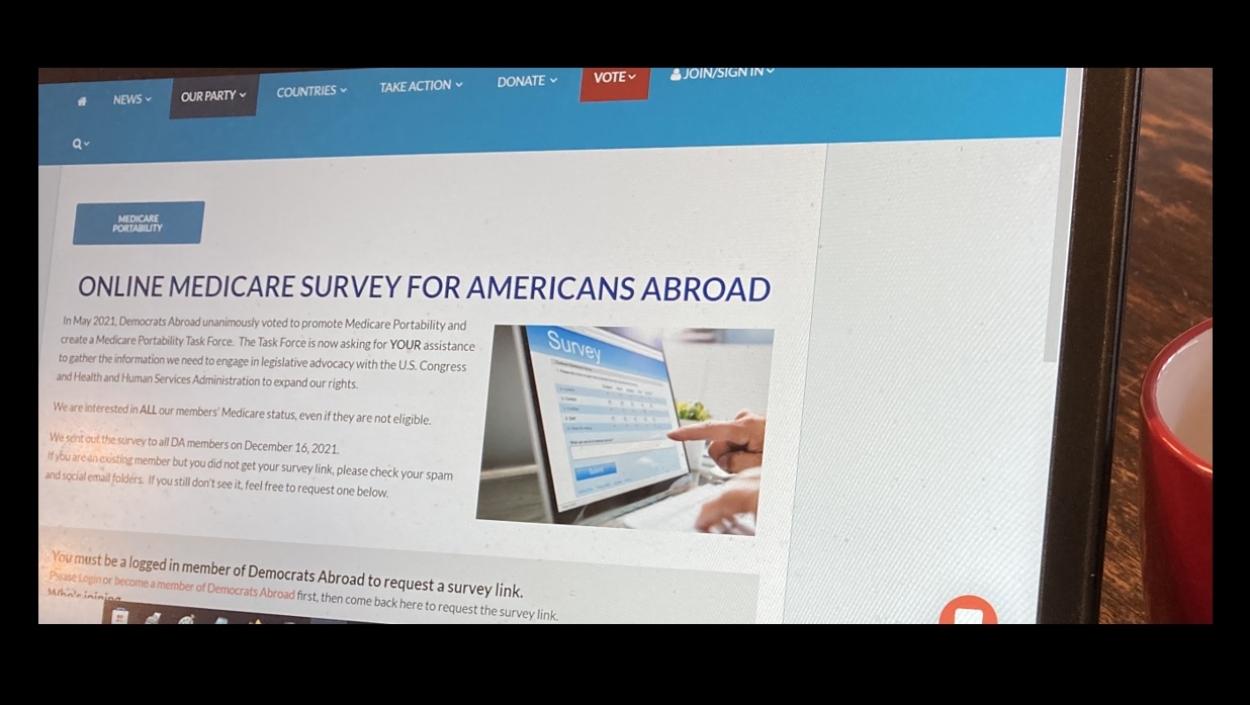 The Democrats Abroad, the official organization for Democratic Party members who live overseas, has launched a survey that it says is aimed at "gather[ing] the information we need to engage in legislative advocacy with the U.S. Congress and Health and Human Services Administration to expand our rights" with respect to obtaining Medicare benefits while abroad.

In a statement on its website, the Dems Abroad say that the effort is being implemented under the auspices of a newly-created Medicare Portability Task Force within its ranks, which was formed in the wake of a May 2021 vote by DA members in favor of promoting "Medicare portability".

Currently, Medicare isn't available to expats, even though they pay for it while they're still living and working in the U.S., and through taxes they pay while abroad, under the U.S. citizenship-based taxation regime, the DA points out.

To read more about the survey and to participate, click here. (The survey is only open to members of the Democrats Abroad, so the first step before beginning the survey is to either log in or to join the organization.)

No deadline for responses to be received is given.

The Dems Abroad enjoys state-level recognition by the Democratic National Committee, and has members in more than 200 countries around the world, who are organized by some 48 DA "country committees" that exist throughout Europe, the Americas, the Middle East, Africa and Asia.

Medicare is America's national health insurance program, which provides basic health insurance for U.S. citizens aged 65 and older, but also for some younger people with disability status, as determined by the Social Security Administration. Its website is here.

Although Medicare doesn't provide health care to Americans while they're traveling outside of the U.S., such jurisdictions as Puerto Rico, the U.S. Virgin Islands, Guam, American Samoa, and the Northern Mariana Islands are considered part of the U.S., and therefore, it's available in these places.

There are also certain rare instances when it will cover an American who is outside of the U.S.; for example, "if a medical emergency occurs that requires immediate medical attention to prevent a disability or death, and the foreign hospital is closer than the nearest U.S. hospital that can treat your medical condition," according to an explanation on the website.