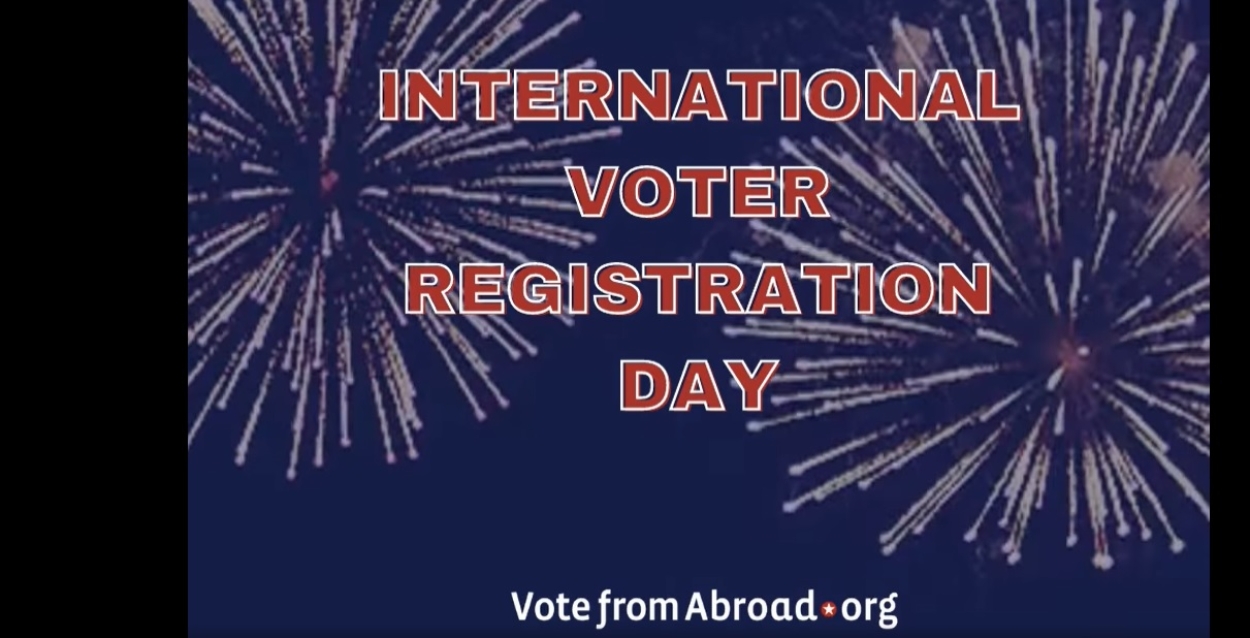 U.S. expats around the world have been told that the doors have now opened for them to register to vote in the 2022 "midterm" elections. 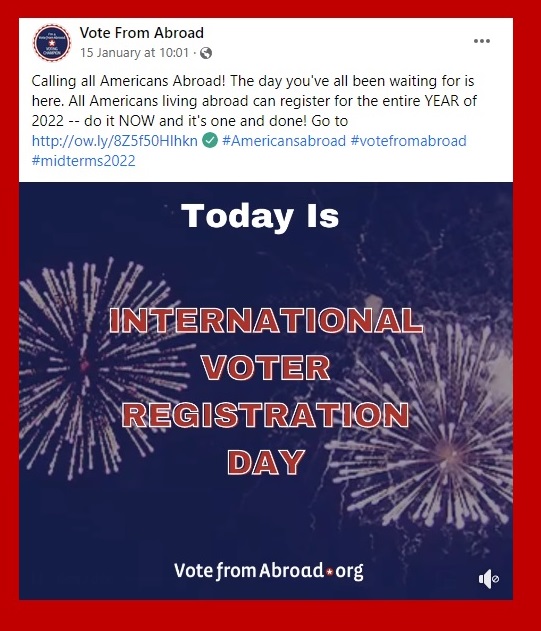 The image above, for example, appeared on the organization's Facebook page, as did the one pictured left.

Vote From Abroad points out that voters from any party may use the Vote From Abroad tool to register, addin that the right for expat Americans to vote in federal elections is specifically protected under U.S. law, and that in most states, voters can vote in state and local elections as well.

This includes first-time voters, American citizens who have never lived in the U.S., and those living abroad temporarily.

Overseas voters must register every year that they plan to vote from abroad, however, and request an absentee ballot.

Right to vote fought for 'over decades'

As London-based American expat Laura Mosedale, co-chair of voter registration for the Democrats Abroad UK and a Federal Voting Assistance Program-certified voting assistance official, explained here in 2020, the voting rights of American citizens who live abroad were never granted to them automatically, but rather, were "fought for, step by step, over decades."

"An important initial landmark was the passage of the Overseas Citizens Voting Rights Act of 1975, later modified in 1978, to clarify that voting in federal elections would not by itself lead to state or federal tax consequences," Mosedale added, in her article.

"This was followed by the Uniformed and Overseas Citizens Absentee Voting Act of 1986, which laid the legal basis for a vast expansion of access to voting by Americans living abroad.

"Further barriers to overseas voting were subsequently removed after the passage of the Help America Vote Act of 2001 and the MOVE Act of 2005."

For those American expats who don't vote because they don't think their vote will matter, Horgan has a simple response.

"When expats don't vote, our members of Congress can feel they can ignore us without worrying they'll be held to account," she explained.

"{Whereas] if we started to vote in larger numbers, our representatives will be much more likely to begin to pay attention to us, and our issues.

"So even if [an expat voter knows] know their vote won't affect the outcome of the election in their deep blue or red [voting] district, the fact is that their vote from abroad will send a powerful message to Washington."

To read Mosedale's case for voting from abroad in full, click here.

Those wishing to register to vote via the VoteFromAbroad.org website may do so by clicking here, and following the instructions.

To read Katelynn  Minott of Bright!Tax's July, 2020 response to an AXFNJ reader's question – "I’m dying to vote in the U.S. prez election! But will Uncle Sam come after me if I do?"  – click here.

More in this category: « Americans and 'accidentals' in Europe react, after EU's Gentiloni quoted saying FATCA not a bloc issue Nat'l Taxpayer Advocate, in annual report: 'Harmonize reporting requirements for taxpayers subject to both FBARs and FATCA' »