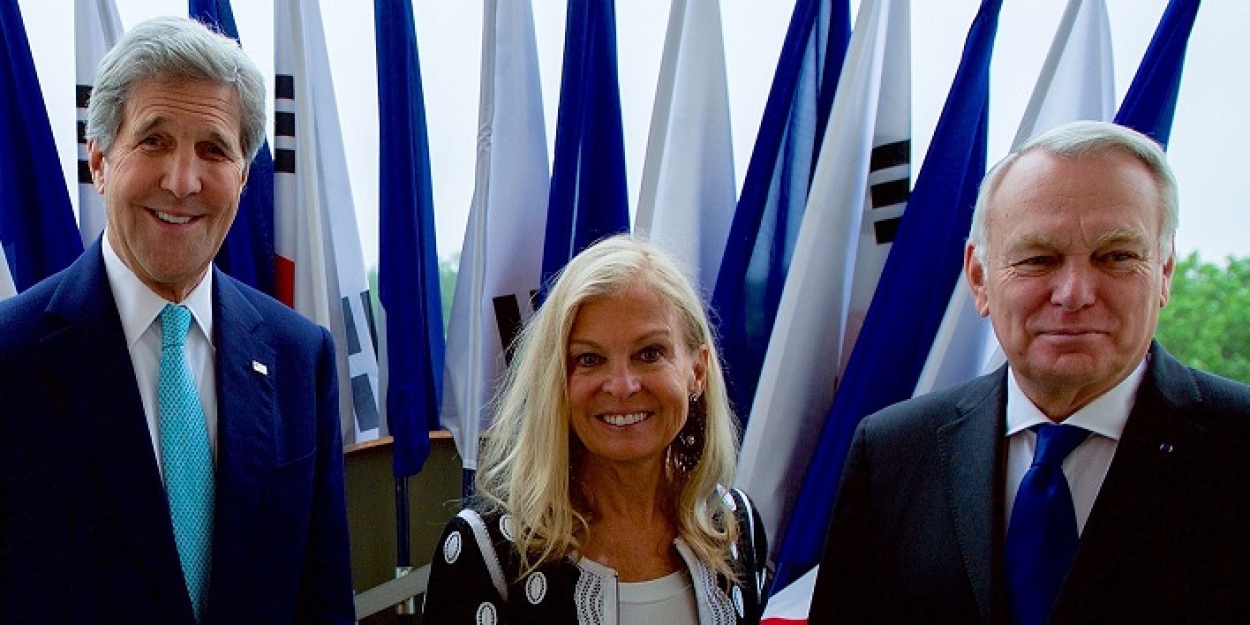 Months after numerous media organizations reported that President Joe Biden was reportedly planning to name Jane Hartley to succeed Robert Wood "Woody" Johnson as U.S. Ambassador to the UK, after which no official announcement came, the White House formally said yesterday that the former ambassador to France and Monaco was indeed his choice for the post.

In a statement, the White House said on Wednesday that Hartley – a 71-year-old former U.S. Ambassador to France and Monaco (2014-2017)  – was his "nominee for Ambassador Extraordinary and Plenipotentiary to the United Kingdom of Great Britain and Northern Ireland."

Yesterday's announcement also revealed President Biden's intention to nominate Elizabeth Bagley as U.S. ambassador to Brazil, Alexander Laskaris as  ambassador to Chad, and Alan Leventhal as ambassador to Denmark, along with three other individuals whose names Biden is said to intend to put forward for various other, non-ambassadorial roles in his administration.

All of these nominees face confirmation hearings in the Senate before being allowed to take up their roles.

In Hartley's case, confirmation will see her moving into Winfield House, a 35-room, neo-Georgian mansion set in 12 acres of grounds in the Regent's Park area of London. Exactly when this might take place has not yet been announced.

Hartley, pictured above in 2016, with then-U.S. Secretary of State John Kerry (left) and French Foreign Minister Jean-Marc Ayrault, is a businesswoman, Democratic party fundraiser and wife of an investment banker(Evercore Partners CEO Ralph Schlosstein), and her nomination was seen by some in the U.S. media as reflecting a trend by newly-elected U.S. presidents of both parties to select wealthy donors for their most desireable ambassadorial roles, which the London posting is considered to be.

(Her predecessor was and still is the heir to the Johnson & Johnson empire, in addition to being a co-owner with his brother of the New York Jets football team.)

Several publications, including the Washington Post, cited the fact that Hartley, as well as at least 24 of President Biden's other choices for ambassador roles, is a "bundler," a term given to those who, during the election campaign, solicited and coordinated donations to their respective party of more than US$100,000.

London's Daily Telegraph, meanwhile, on Thursday, quoted a former Obama White House official, Brett Bruen, as saying that a number of Biden's choices for ambassador, including Hartley, were too "amateur" for the roles they would be needing to carry out.

The Telegraph's  article, which was picked up by other publications, including the New York Post, quoted Bruen as saying that "the good ole’ days when Hartley and I served under President [Barack] Obama" were over, as "[America's] position in the world has weakened significantly, and we no longer have the luxury of sending amateur diplomats abroad."

A number of publications noted that at least two other candidates turned down Biden's offer of UK ambassador, including former New York Mayor Michael Bloomberg.

In February 2021, about a month after Biden had been sworn into office as president, London's Daily Mail newspaper and news website reported that the "front runners" to be U.S. ambassador to London at that point were "Disney chairman Bob Iger, former U.S. ambassador to Spain James Costos, and former Senator Ted Kaufman.

The fact that President Biden has been in office for more than a year now and has only seen 41% of his nominees for ambassador and other Senate-confirmed posts be approved, according to a New York Times article earlier this month, reflects issues with the nomination process, which have existed in the past, but which are said to be the worst they've been in decades.

"In a rare though hardly shining example of comity, members of both parties agree the confirmation system is a contentious mess, owing in part to what Senator Mitch McConnell, Republican of Kentucky and the minority leader, has called 'turf problems,'" the New York Times article noted.