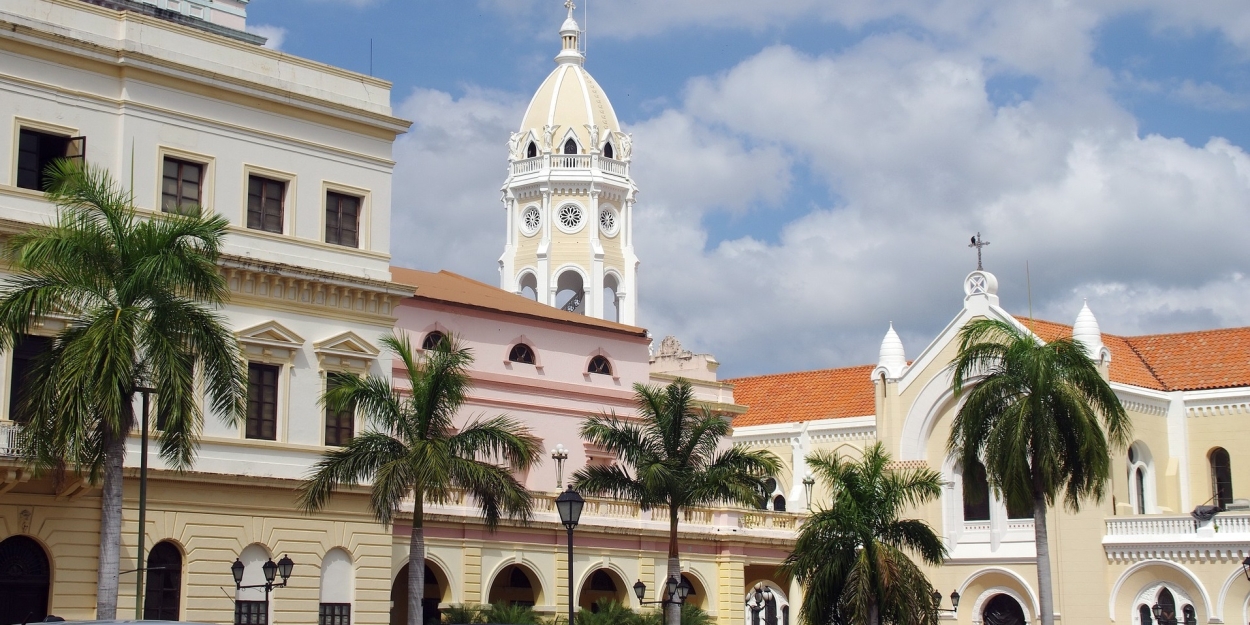 For the eleventh time since International Living magazine began publishing its annual Global Retirement Index 31 years ago, the Central American country of Panama has come in at the top of the list, after having come in second for the last two years, and in first place in 2019.

"That's because, when it comes to overall benefits and value, Panama is very tough to beat. All any doubter has to do is make a list."

Ramesch went on to tick off the items on her list of reasons, which she said included "Panama’s geographical position and climate" (it's "just a three-hour flight from Miami"); the fact that although "warm and tropical" it also manages to be "completely outside the [region's] treacherous hurricane belt"; and such sometimes unexpected benefits as the fact that in Panama, "all legal residents are entitled to 20% off prescription medications if they’re of 'pensioner' age", which is 55 years old for women and 60 for men.

"Panama may not be perfect – no country is – but I wouldn’t trade it for anything," Ramesch added.

Located in Central America – where it's bordered on its west by Costa Rica, Colombia to its Southeast, the Caribbean Sea to the North and the Pacific Ocean to the south – Panama is a former Spanish colony, which is why Spanish remains its official language. Some 4 million people live in Panama, which has a dollar-based economy that is based "primarily on a well-developed services sector that accounts for more than three-quarters of GDP," according to the CIA World Factbook website.

"Panama is  [also] a center for offshore banking.

"The expansion project more than doubled the Canal's capacity, enabling it to accommodate high-capacity vessels such as tankers and neopanamax vessels that are too large to traverse the existing canal.

"The U.S. and China are the top users of the canal."

Uruguay is the new face on the list this year, while Spain also reappears, in ninth place, after having slid to eleventh place last year.

Altogether the IL Global Retirement Index features, in declining order, the names of some 25 jurisdictions that International Living's latest research has revealed to offer would-be retirees the best options in terms of climate, cost of living, lifestyle and other considerations. (The names of all 25 jurisdictions are listed, in order, at the end of this article.)

As this and other publications and media organizations have been reporting in recent years, more and more Americans are retiring abroad, often to such nearby countries as Mexico and Central America, as the cost of retiring in the U.S. is high by comparison with these jurisdictions, and many Americans approaching retirement age are more willing to consider an overseas destination than typically was the case in the past.

Acording to Social Security Administration data, the number of Americans heading overseas to retire leapt by 40% between 2007 and 2017, and all indications are that this trend has been continuing.

Addressing this point, International Living executive editor Jennifer Stevens notes that "Americans today are looking long and hard at their own values, and at the way they spend their days and many are coming to the conclusion that they need a change.

"They want more time with family and friends, more time to pursue their interests, more freedom to arrange their days the way they prefer.

"“But it can be hard to know how to afford that life. Overseas [however], in the right places, it’s easy.

“Three million baby boomers retired early in the pandemic – some of whom have enough to retire comfortably, and so took that early retirement voluntarily. But others who weren’t prepared to stop working so soon [are] now [starting to worry] about their nest eggs holding out.

“Millions more people lost their jobs or were furloughed. And then you bring the 'Great Resignation' into the mix.

"The upshot is that people – in huge number – are finding themselves at a crossroads.And going overseas can provide a path to that better-balanced, more affordable life folks are craving.

"[For such individuals] IL’s Global Retirement Index provides a roadmap."

International Living, which was actually founded more than 40 years ago and which is headquartered in Ireland, relies on what it calls its "vast network of on-the-ground editors and correspondents around the world" to carry out the research on which its annual league table of retirement destinations is based.

On its website, those interested in comparing the top 25 destinations chosen by International Living's team on the basis of such variables as climate, housing, benefits, cost of living, governance, healthcare options, and opportunities.

For a table comparing this year's top ten jurisdictions with last year's, see below. (To read last year's report on the 2021 Global Retirement Index, click here.) 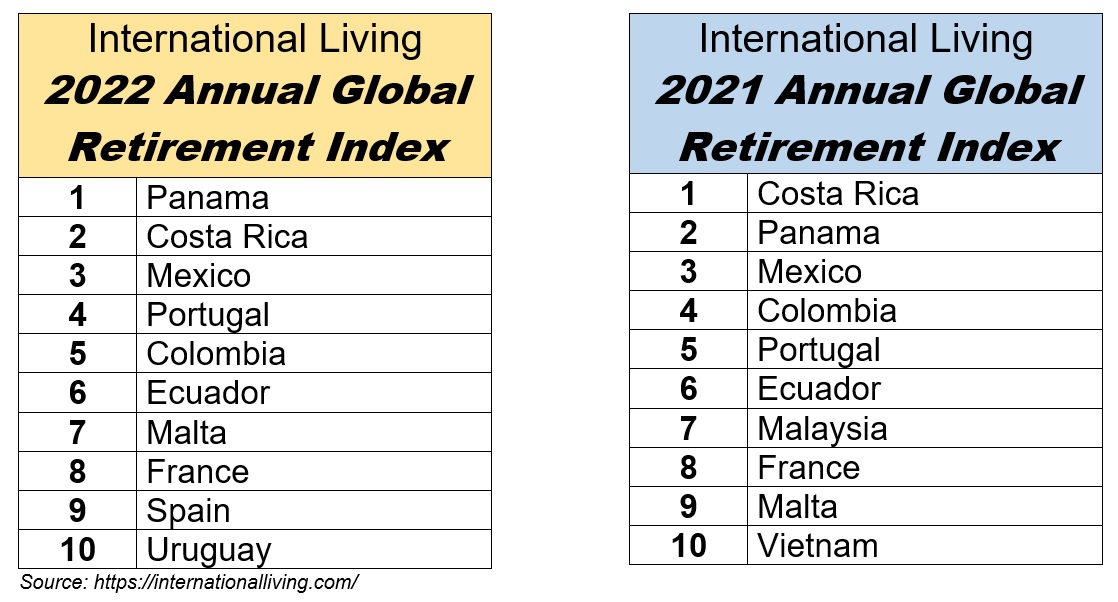