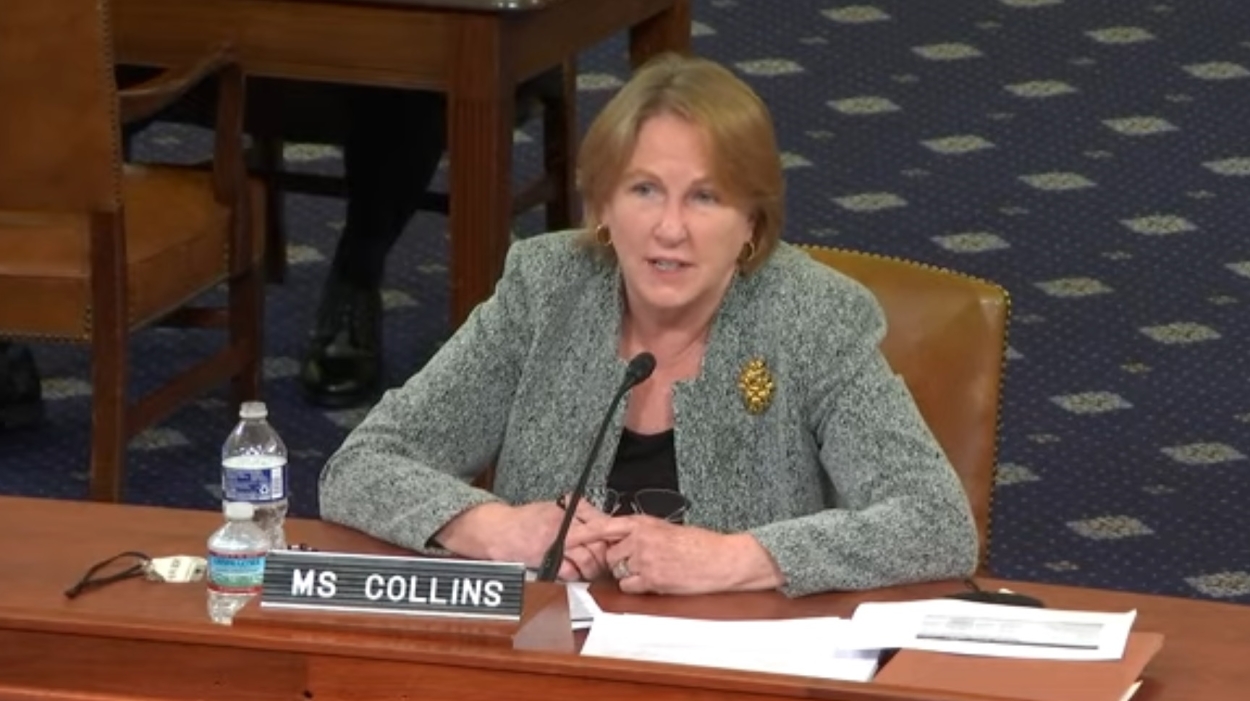 Few American expatriates who follow the goings-on in Washington will have been surprised to notice that the words "FATCA" and "FBAR" weren't uttered during yesterday's House Ways and Means Oversight Subcommittee hearing, featuring National Taxpayer Advocate Erin M. Collins...

Nor, they might have noted, did anyone suggest the possibility that the U.S. moving to a residence-based tax regime (like the rest of the world has) could significantly reduce the volume of work, much of it duplicatory in nature, that IRS is currently struggling to cope with, that it gets every year from Americans who live overseas.

There were, nevertheless, certain take-aways that American taxpayers who file from abroad would have picked up on during the hearing, which was viewable online via the House Ways and Means's website, and which lasted about 90 minutes.

Collins's emphasis on the need to file all returns electronically where possible, for example, was worth noting, as was her stress on the need for all U.S. taxpayers to set themselves up to receive direct deposits, as the IRS struggles to move its operations online wherever possible. (Easier said than done, of course, for an entity that is struggling to do away with its last remaining 1980s computers.)

And to be sure, and as Collins herself pointed out at the beginning of her testimony, the IRS is currently in an unprecedentedly difficult place, with "backlogs of 6 million unprocessed original individual returns (Form 1040 series) and 2.3 million unprocessed amended individual returns (Forms 1040-X)" as of late December,  "with some return submissions dating back at least to April, many taxpayers still waiting for their refunds 10 months later" and "more than 2 million employers' quarterly tax returns" still unprocessed.

For many of those watching yesterday's hearing from abroad, though, one of the most memorable take-aways will have been that one of the participating lawmakers (who were given five minutes each to put questions to NTA Collins) was a non-voting representative of a so-called U.S. territory, the U.S. Virgin Islands, rather than a conventional member of Congress from one of the 50 U.S. States. 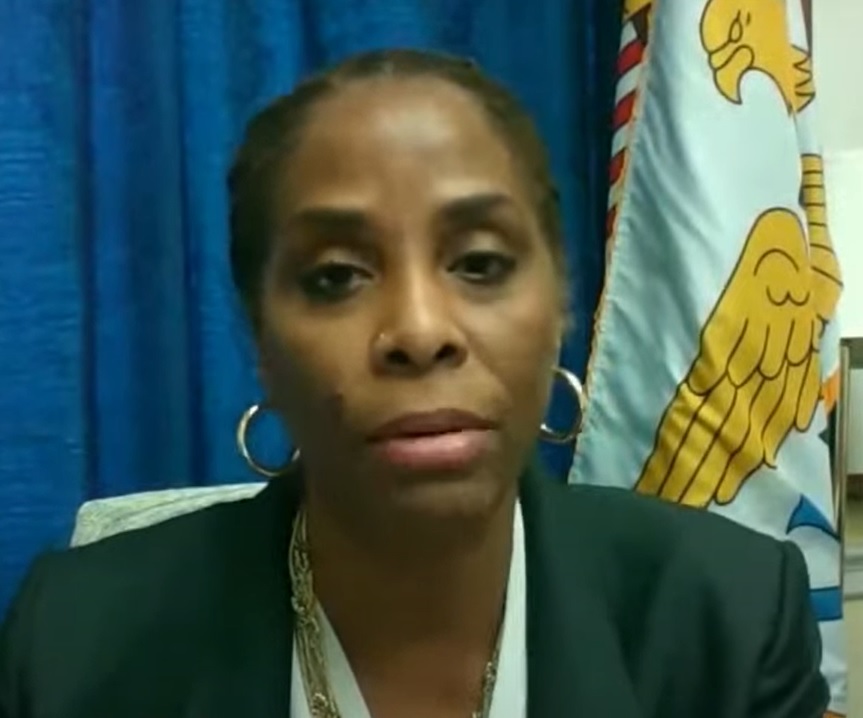 Brooklyn-born and U.S.-educated Rep. Stacey Plaskett (D), (pictured left) is a former lawyer who has been in her current role since 2015, and who, in addition to serving on the House Ways and Means Committee, is also on the House Budget Committee and the House Committee on Agriculture, where she serves as the chair of its subcommittee on Biotechnology, Horticulture and Research,  according to her website.

Currently five U.S. territories elect non-voting representatives to Congress, of which just one, Washington DC, is physically located in the U.S.

The others, in addition to the U.S. Virgin Islands, are American Samoa, Guam, the Northern Mariana Islands and the District of Columbia. Puerto Rico is slightly different, in that it is represented in Washington by a "resident commissioner," according to the House of Representatives website.

For many Americans who live abroad, and who have increasingly been arguing, especially on social media, that their interests are routinely ignored by the members of Congress in the states they last lived in (who are supposed to represent them), Rep. Plaskett's ability to ask questions on behalf of a constituency that is outside of the fifty U.S. states will have prompted thoughts about how the wider U.S. expatriate community might also be able to take advantage of such representation or arrange for something similar, given the estimate numbers of such expats and the variety of issues affecting them.

Like most of the other questioners – and Collins herself in her introductory remarks – Plaskett limited her questions to the issues facing taxpayers who will be spending the next few months submitting their 2021 tax returns, and how best her constituents can prepare for the problems Collins outlined earlier.

Her final question was how ordinary U.S. Virgin Islands taxpayers with U.S. tax obligations might get "non-profit" assistance with their taxes, when they are unable to access the U.S. IRS's Taxpayer Advocate Service. Collins responded that, depending on what the individual in question's issue was, they "might be able to reach out to some of our Low-Income Taxpayer Clinics that can assist with [various] IRS issues" which, owing to the ongoing Covid-19 issues that have shuttered so many government offices, are currently accepting taxpayers from other jurisdictions than they normally would.

"That has been a real plus of Covid, that we are in a more virtual environment [than before the pandemic, making it] easier to get a hold of, and use, resources outside your immediate area.

"So I would recommend [such taxpayers] look into NITCs for assistance."

American Citizens Abroad: Case for hearings 'specifically for the community of Americans overseas'

The American Citizens Abroad, the Washington, DC-based advocacy organization that represents Americans expats, posted a statement on Wednesday on its website, in which it said that although it was glad to see the House Ways and Means Committee holding hearings, it was disappointed by this particular hearing's failure to address the tax issues of Americans overseas.

"If representatives in the Administration and Congress cannot address questions about the overseas American community to the [Congressional] committees through subject-specific hearings [such as this one], then the committees have an obligation to hold hearings specifically for the community of Americans overseas," the ACA statement added.

"This has never been done, [but] in a world of global economic activity, global nomads and transient citizens, [it] is sorely needed, as the tax code [and] compliance mechanisms for the community of Americans overseas is lagging behind the realities of a global and mobile work force."

In its statement, ACA noted that Representative Gomez (D-CA) had highlighted, in his questions to NTA Collins, "how the IRS is unable to meet the service needs of his constituents," and pointed out that this failure to meet the needs of constituents "is true for, and more amplified for, the community of Americans overseas."

"ACA advocates for adoption of residence-based taxation (RBT), which would address many of the IRS and tax-filing problems raised at the February 8th hearings," the ACA statement went on.

"The first step in the process is for the Congress to hold hearings to understand directly from the community of Americans overseas, organizations representing them, and professionals about their problem."

ACA ended its statement by noting that it will be submitting a formal summary of its thoughts on the current "challenges facing taxpayers" to the House Ways & Means Oversight Committee "in the coming days."

According to a House Ways and Means press release, the 12 of those who were given five minutes each to question Collins yesterday had been invited to do so, and included Rep. Bill Pascrell (D-NJ), who also chairs the Oversight Subcommittee, and who presided at yesterday's hearing.

Any individual or organization which didn't get to submit questions during the hearing but who wish to submit a written statement "for consideration by the committee and for inclusion in the printed record of the hearing" may do so, as long as they submit it by the close of business on Tuesday, Feb. 22.

In addition members of the Ways and Means Committee who weren't able to participate in the hearing who wish to submit additional questions to the National Taxpayer Advocate to respond to over the next two weeks are able to do so, and know that their questions and her responses will also be part of the record.

The address for such submissions is This email address is being protected from spambots. You need JavaScript enabled to view it., and those making them are to send them "as a PDF in compliance with formatting requirements" set out here.

Those who missed yesterday's hearing, or who would like to watch it again, may find it on the House Ways and Means Committee website, by clicking here.

To read and download the 12-page written statement read out at the beginning of her testimony by NTA Collins, click here.

To read more about the National Taxpayer Advocate's most recent report to Congress, with links to the relevant documents, click here.