News that a French bank has been ordered to pay damages to a Canadian client whom it had erroneously thought to be American, and whose details it had thus transferred to the U.S. under FATCA, is being seen by some in the American expat community as yet another reason that banks and other financial services businesses may become even more wary of accepting American expats as clients going forward.

According to published reports, including a lengthy piece on the matter by the Orrick law firm, the Feb. 7 ruling by a judicial tribunal in Grenoble, France, concerned a Société Générale banking operation (by way of its Crédit du Nord group) named Banque Rhône-Alpes, with which a man "of French nationality but born in Ottawa, Canada" opened an account in 2005. (The man's identity has not been disclosed.)

In 2014, as governments and financial institutions around the world began to take on their new role of enforcing FATCA on behalf of the U.S., Banque Rhône-Alpes contacted this French/Canadian account-holder and, as the Orrick article explains, "informed him that since he satisfie[d] the criteria of "Americaness" (americanité) as a result of [having been] born in the U.S., the bank [had] shared his account details with the American tax authorities, in the context of FATCA."

"Mr. X," as the Orrick article calls him, then sought to challenge the bank, beginning with a "request for rectification" in 2017, but, the article goes on, the bank resisted, having failed to recognize that Mr. X had not been born in the U.S., and therefore wasn't American.

As the Orrick article explains, the back and forth between the bank and its un-named client continued to play out over the next few years, until last month's decision.

As a result of that decision, in addition to being ordered to pay Mr. X "€15,000 in damages, €5,000 in costs and a daily fine of €1,500 starting 60 days from the decision if the bank fails to take all necessary steps vis-a-vis the U.S. tax authorities to ensure the total erasure of the FATCA declarations before 2017," the bank was also ordered "to communicate the decision to all of its group entities that might also have submitted a FATCA declaration, within a month, subject to a daily fine of €500, per entity not notified," the Orrick article concludes.

Implications for other banks, financial institutions

Spokespeople for Banque Rhône-Alpes's parent, Société Générale, didn't immediately reply to a request for comment. But it's not the first time that SocGen has found itself in the middle of an issue having to do with Americans and their banking issues outside of the U.S.: in 2019, the company's Boursorama Banque division was named in a lawsuit against a number of online banks that the Paris-based Association des Américains Accidentels (Accidental Americans Association, or AAA) claimed had been discriminating against French-U.S. dual nationals because of their American citizenship.

A few months later, pointing to a Boursorama Banque television advertisement featuring the American film star Brad Pitt, the AAA noted that in real life, Boursorama wouldn't have accepted Pitt as a client, as a result of his U.S. citizenship.

As noted at that time, the problem for online banks and other cost-conscious financial institutions like Boursorama is that the costs of complying with FATCA mean that they oten struggle to compete on price with those of their rivals that refuse to accommodate American clients.

Fabien Lehagre, founder and president of the AAA, said last month's ruling against Banque Rhone-Alpes for its treatment of the data of an account-holder who turned out to not be American after all would add to the already strong disincentives for non-U.S. banks to accommodate U.S. citizen clients.

"French banks will be even more vigilant about identifying their customers now," he noted.

"And there is therefore a risk that they will refuse clients if they do not obtain all the information required under FATCA."

Lehagre noted that the case represented yet another example of the breadth of damage that FATCA is continuing to cause to the non-U.S. banking industry, 12 years after having been signed into law.

In December, Frankfurt-based FlatexDEGIRO AG, a publicly-traded, online brokerage platform that had been growing its client base with a competitively-priced, state-of-the-art offering, became the latest German financial institution to inform its American expat clients that they would have to take their business elsewhere.

In doing so, as reported, it became at least the third German financial entity in less than a year to ask its "U.S. person" account-holders to leave. (As of last December, Berlin-based Solarisbank had also begun the process, while Bavaria's Augsburger Aktienbank was reported to be preparing to do the same thing, according to American expat clients and a report in a German-language news magazine and website for German and Austrian investment advisers, Fonds Professionell.) 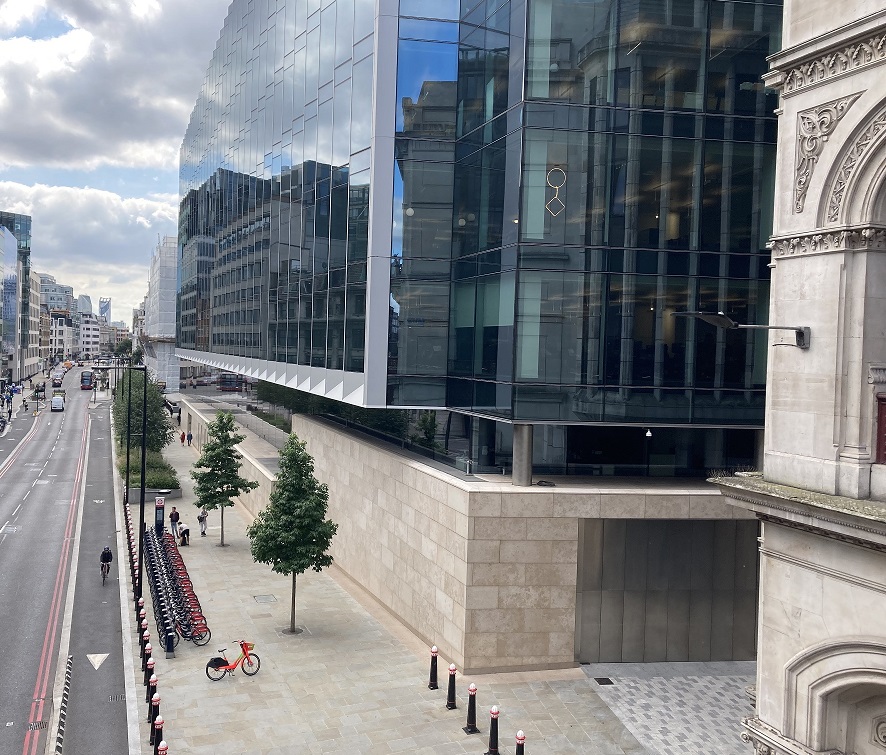 Even Goldman Sachs, the U.S.-based financial services giant, which recently moved into a massive new London headquarters that occupies more than an entire city block (see left), has barred Americans resident in the UK from being able to access its new Marcus-branded financial range, now being offered to UK residents of all other nationalities.