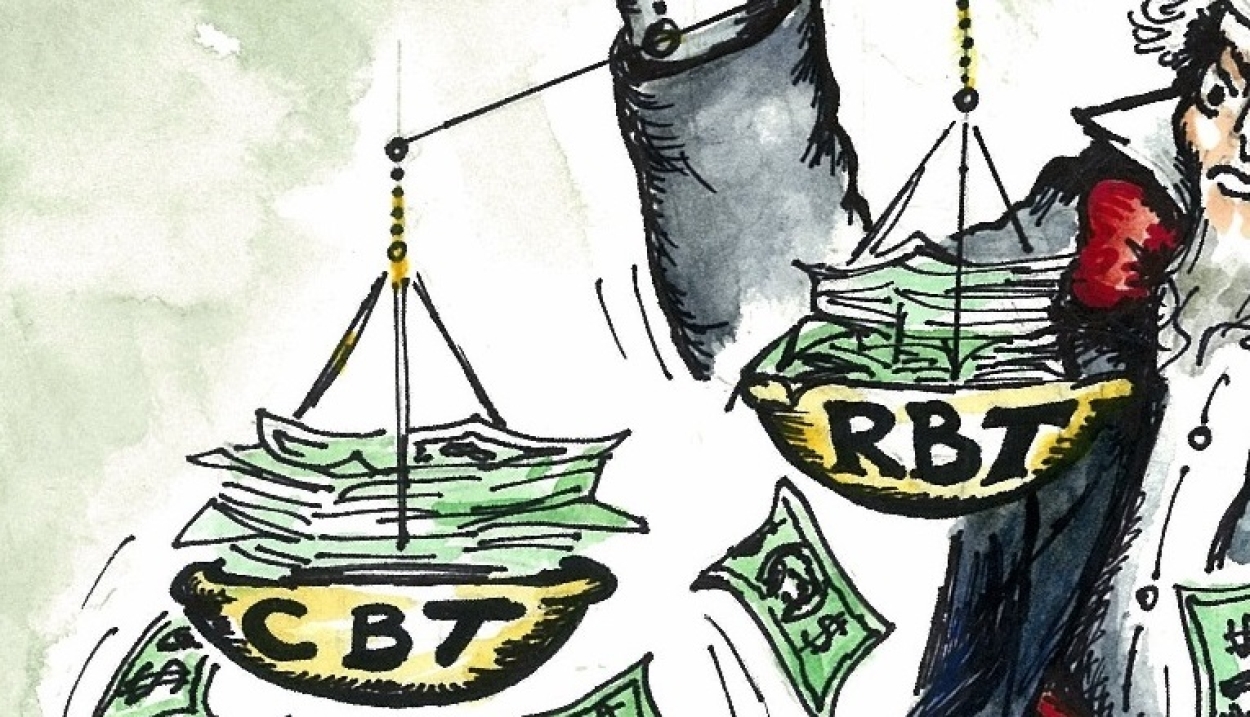 A major – and eagerly awaited by many – economic analysis of how the U.S. might most easily and efficiently move to a residence-based tax regime, crowd-funded and organized by the American Citizens Abroad, has found that such a move could be done "without the U.S. Treasury losing revenue".

The ACA/DEG Analysis of Revenue Effects of Residence-Based Taxation study, the findings of which are being released today, was more than 10 months in the works, and is based on an analysis of "publicly available information" prepared by District Economics Group (DEG), for American Citizens Abroad Global Foundation (ACAGF), ACA’s sister organization.

DEG is a non-partisan economic consulting firm that carried out an earlier piece of research for ACAGF in 2017/2018 on the same general subject, thus providing a base upon which its researchers were able to build the new data.

Because the current U.S. system of citizenship-based taxation (CBT) is widely viewed as the main reason so many expat Americans and accidental Americans struggle with their U.S. tax issues, especially as a result of a 2010 law known as FATCA, the findings are being seen as offering at least the potential for hope among many expats who have long since given up thinking that there was a chance that the system might ever improve, and have been reluctantly seeking to renounce their U.S. citizenships, or have been contemplating doing so.

Separately, among the DEG researchers' other noteworthy findings was that the number of American citizens currently living outside of the U.S. appears to be significantly lower than most current estimates – only around 3,921,240, to be precise.

This is less than half the U.S. State Department's most recent known estimate, of 9 million, as reported here in 2019.

The residence-based tax (RBT) regime envisioned by the DEG researchers and ACAGF would enable Americans who have been abroad for "at least three years prior to enactment" of the new regime to move "seamlessly" to RBT from the U.S.'s current citizenship-based system if they wished to, although "no one would be forced" to do so.

"No one would be made worse off, as the existing Foreign Earned Income Exclusion rules would remain for those wishing to use them.

"Under RBT, U.S. citizens residing overseas would not be subject to U.S. tax on foreign income," although they would remain taxable on their U.S. income, as is the case in most major countries that currently have a residence-based tax system, such as the UK, France and Canada.

(The U.S. is well known for being the only country that uses a citizenship-based tax system, apart from Eritrea, and it dates back to the 1800s, when the American Civil War was raging, and the U.S. government imposed a tax on Americans living abroad because it was felt that this would enable them to help their country's war efforts.) Since then, the U.S. CBT system has been challenged in court just once – unsuccessfully, in 1924 – and has otherwise remained in force, even as the rest of the world has adopted residence-based tax regimes.

(To see a fuller description of the RBT regime envisioned by the DEG/ACAGF, scroll to the bottom of this page and click the word “Next” in the green box, to the lower right…)

Luckily for ACA – which raised the US$75,000 needed to pay for the DEG research, through its regular calls for funding from its members and others – these results provide just the support for its pro-RBT lobbying efforts that it had been hoping for, in that they show it can be done without affecting the income that the U.S. Treasury currently receives from taxing U.S. expat on their non-U.S. income.

The reason this is key is because it is generally agreed that any proposal to move the U.S. to a residence-based tax regime would struggle to get the votes it'd need from Congress if these lawmakers thought they might have to explain to their Homeland constituents that they would be having to make up a possible income shortfall, owing to a change in the tax regulations aimed at benefiting expats.

Said ACA executive director Marylouise Serrato last year, in explaining the reason more research into RBT was urgently needed: "The current system of taxing U.S. citizens based on their nationality is inconsistent with global norms, costly to administer, and puts U.S. citizens working overseas at a disadvantage – and importantly, it adds to the cost of U.S. exporters wanting to hire Americans to help sell their products and services."

How the research was carried out

According to ACA, the DEG research represents "the most comprehensive non-governmental economic analysis of RBT" known to have ever been carried out.

It says that the specific model created by DEG for ACA was drawn from "publicly-available tabulations of tax returns from the IRS; projections of the U.S. economy from the Congressional Budget Office; U.S. Social Security Administration statistics, and U.S. Census data.

"These data are augmented with publicly available IRS studies on U.S. non-filers of tax returns, and Federal Reserve Board studies of the distribution of wealth in the U.S., and then integrated with annual United Nations estimates of U.S. migrants residing outside of the U.S.," ACA added, in its statement on the results of the research today.

"The Joint Committee on Taxation, the Congressional Budget Office, and the Office of Tax Analysis each has its own model for estimating economic effects, which include protected tax-return data.

"[Also] considered are such things as birth and mortality rates, and the return to the U.S. of some Americans during the COVID-19 pandemic."

According to an ACA spokesperson, what the researchers have produced for ACAGF is not a single document that's hundreds of pages in length, but rather, a package of data and models that can be used to draw fresh data and models from, some of which is included in the material being published by ACA today.

To read and download a summary of the findings of the ACA/DEG research being unveiled today, click here.

To read and download a nine-page, "Side-by-Side Analysis of the Proposed RBT Regime and the Current U.S. CBT Regime", click here.

ACA says that it intends to license the information obtained through the latest DEG research – which, it noted, ACAGF "will continue periodically to refine and update"  – and that those interested in doing so should contact This email address is being protected from spambots. You need JavaScript enabled to view it..

It said its team is also happy to answer questions about the research, which it is aware will be of interest to individuals as well as other organizations involved in advocating on behalf of U.S. expats.

The American Citizens Abroad was founded in 1978 in Geneva, Switzerland, and moved its headquarters to the U.S. in 2012. Today it is based in Washington, D.C., which enables its team to have ready access to members of the U.S. Treasury, IRS and Congress.

Although primarily known for its advocacy efforts, ACA also helps Americans struggling with such issues as getting and maintaining bank accounts overseas, which for the last few years it's done by helping expats to obtain "ACA-Member/State Department Federal Credit Union (SDFCU) accounts," which were launched four years ago; and sponsoring events, such as webinars, to educate expats on issues they need to know more about. For more information about ACA, and becoming a member of the organization, click here.

(To see a fuller description of the RBT regime envisioned by the ACA/DEG report, click on the word "Next," below right...)

More in this category: « SEC charges 16 in US$194 million, int'l ‘pump and dump’ penny stock schemes Latest U.S. renunciation numbers top 500, even as many 'Loss of Nationality' offices remain closed »