Dutch Tax Affairs and Tax Administration secretary Marnix van Rij said on Wednesday that he plans to ask – for a second time – that the country's data protection authority, known as the Autoriteit Persoonsgegevens, or AP, revisit the U.S. tax law known as FATCA, in view of significant data protection concerns that were first raised in 2020 by the European Court of Justice's striking down of the main mechanism that EU member states have traditionally relied on to protect the personal data of their citizens. 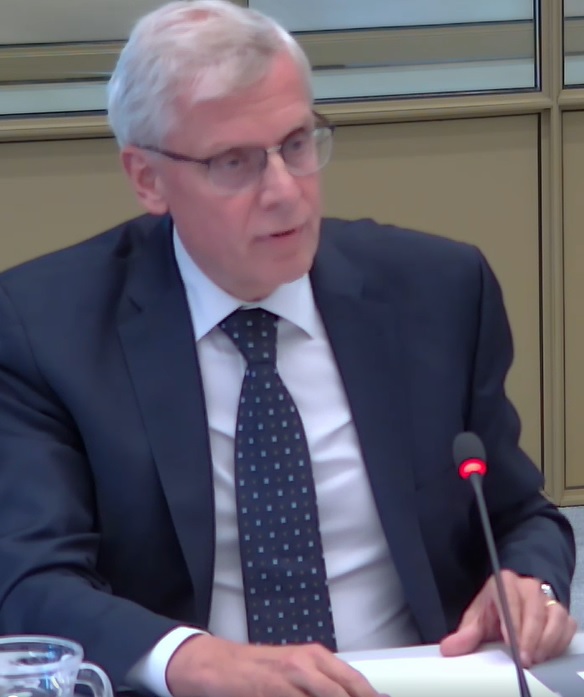 Van Rij's announcement of his plans to pursue a thorough review of FATCA from a data protection perspective was among several developments that emerged during a 40-minute hearing held in the Dutch House of Representatives (Tweede Kamer) yesterday, which spokespeople for an accidental Americans organization who were present said afterwards were "potentially encouraging", in spite of a limited turn-out.

Also potentially promising, one of those accidentals, Nederlandse Association of Accidental Americans founding member Jet Barendregt, said, was Van Rij's assurance that he planned to contact the Dutch Banking Association (Nederlandse Vereniging van Banken, or NVB) to urge its members not to begin closing the bank and other financial accounts of accidental Americans after Sept. 1 – when the latest ban on such closure is set to end – "because, as he says, there's no need to do that."

"But of course, his success will depend on what the four major Dutch banks are prepared to do," Barendregt added, referring to ABN AMRO Bank, Rabobank, the ING Group and the SNS Bank.

And because, like other major non-U.S. financial institutions, these and other Dutch banks are wary of found by the U.S. to be failing to comply with FATCA if they don't provide the U.S. Social Security Numbers of any U.S. persons whose accounts they hold, she noted, "van Rij can't give us any guarantees" that his efforts will be successful.

As it's written, FATCA calls for any non-U.S. financial institutions that are found to have failed to comply with their FATCA reporting obligations to be subject to a 30% withholding tax on any of their own transactions in the U.S., a penalty significant enough that many non-U.S. financial institutions, and even the overseas divisions of American companies, opt to simply avoid having any American clients at all.

More than in some other countries, banks in the Netherlands have sought to comply with the FATCA regulations – and, when encountering so-called "accidental" Americans who have lived most if not all of their lives outside of the U.S., and for this reason lack such things as a U.S. Social Security Number or Tax Identification Number (TIN) that these institutions are required to provide the U.S. authorities under FATCA, rather than overlook the matter, have chosen instead to urge such clients to obtain the necessary documentation, or else move their accounts elsewhere.

Other countries in Europe have also sought to crack down on their "accidentals" and other expat Americans who lack the necessary TINs for their banks to comply with FATCA, notably France, where the Paris-based Association des Américains Accidentels (AAA) has been campaigning on behalf of such French citizens since 2017. No one knows how many accidental Americans there are around the world, but within Europe, estimates are that there are probably more than 300,000, of which around 40,000 are thought to live in France.

Spain said to have joined
the EU FATCA-fixing club

Until now, Spain hasn't figured prominently among the EU countries where expats have been struggling with FATCA issues, but according to the NLAA, one of the other interesting developments to emerge from yesterday's Tweed Kamer hearing was the news that Spanish lawmakers have expressed an interest in becoming involved.

Barendregt noted that Spain's joining in the campaign would be welcome right now, as Europe's accidentals seek to accomplish as much as possible during the final days of the French Presidency of the EU Council (PFUE), which expires at the end of this month.

As reported, French lawmakers made it clear back in February that sorting out the long-running FATCA problem was among the priorities for the six months that the country was in posession of the EU Council president's office.  And earlier this month it was revealed that U.S. Treasury officials had held recent meetings with representatives of the French Presidency of the EU Council, in which they had discussed FATCA,  and had walked away to give serious consideration to a new EU proposal aimed at resolving at least some of the most problematic issues, including those affecting accidentals' bank accounts.

In addition to Van Rij (pictured above left, whose wife is known to be American, suggesting that he might be more aware of the issues than most EU politicians), other lawmakers present at yesterday's hearing included Folkert Idsinga, a Dutch MP of the VVD Party, who is understood to have some outspoken accidental American constituents; Romke de Jong, an MP for the D66 Party; and the financial committee's chairperson Judith Tielen, also MP and member of the VVDs.

The NLAA's three-member delegation was joined by an associate law professor from the Vrije Universiteit Amsterdam, Tijmen Wiseman, who, they said, has been advising them on FATCA's data privacy issues.

To view yesterday's hearing, which is still on the Tweed Kamer's website (but which is all in Dutch, without subtitles), click here.

In a related development, a Dutch member of the European Parliament named Sophie in 't Veld, who has been campaigning for several years on behalf of accidental Americans, last week sent a letter to Andrea Jelinek, the head of the European Data Protection Board, in which she asked what the "current state of play" was with respect to the EDPB's April, 2021 "invitation" to EU member states to "assess and, where necessary, review their international agreements that involve international transfers of personal data" (a category many observers saw at the time as including all of the EU member states' intergovernmental agreements with the U.S. governing FATCA compliance).

In 't Veld's letter went on to quote from IRS Commissioner Charles Rettig's testimony to the U.S. House Ways and Means Committee back in March, when he noted that although "Congress enacted FATCA in 2010, we have yet to receive any significant funding appropriation for its implementation."

"Considering that the U.S. authorities have acknowledged that they do not even process personal data of accidental Americans in the context of FATCA, and therefore do not effectively implement the intergovernmental agreements implementing FATCA, does the EDPB agree that the principles of necessity and proportionality of such intergovernmental agreements are no [longer) established?" In 't Veld ended her letter by asking.

"If so, which steps should be taken to suspend or annul these intergovernmental agreements?"

A spokesperson for the EDPB said that Dr. Jelinek had received In 't Veld's letter as well as a similar one sent by Mishcon de Reya partner Filippo Noseda, and that they were being circulated among the relevant experts at the EDPB.