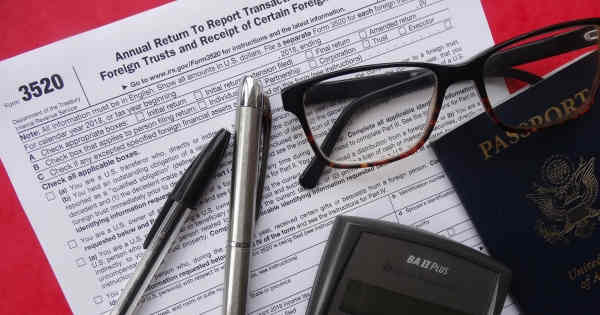 It is perhaps not surprising to hear that non-U.S. (or "foreign") trusts with U.S. owners can be tricky...

Still, Gary W. Carter, a certified public accountant based in Minnesota, with decades of experience as a tax adviser, professor and revenue agent, knew all this. So he filed such forms on behalf of some of his overseas clients last year without a further thought.

Below, Carter explains, in his own words, how easily – and disastrously – things went wrong for five of his clients ("so far", he says), and speculates that the scale of similar penalty notices could be huge: and consequently, a huge, if not a particularly tax-payer-friendly, money-maker for the IRS.

Note: This article is republished with permission from TaxConnections.Com, a California-based news and analysis website for U.S. tax professionals, where it may be viewed by clicking here.

It was early on a Monday morning, and I dragged myself in after a long weekend of reg. buzzing and Internal Revenue Code section perusing. I was not looking forward to the day.

Then I played a message on my answering machine that made me want to return home and crawl back into bed. It had been left in the middle of the previous night by a crazed and panicked client living in Norway.

The client was the owner of a foreign trust, and I knew we had properly filed Form 3520, “Annual Return to Report Transactions With Foreign Trusts and Receipt of Certain Foreign Gifts.”

Foreign trusts with U.S. owners have the responsibility to file Form 3520-A, “Annual Information Return of Foreign Trust With a U.S. Owner,” which the trust in question did not do. But, since IRC Section 6048(b) requires the owner of a foreign trust to ensure that this happens, we attached a “substitute” Form 3520-A to Form 3520, in accordance with the instructions to Form 3520.

Form 3520, and the attached substitute Form 3520-A, had been filed in August, but we had filed an automatic extension for the client’s tax return, which, according to the instructions to Form 3520, also extended the filing date for Form 3520.

I called the client back with the confidence of a guy who thought he knew what he was talking about. I consoled and cajoled her with the assurance that this was simply a terrible mistake on the part of the IRS. We had filed the Form 3520 with substitute Form 3520-A attached, I explained, and had filed Form 4868 to give us till October 15 to file these forms.

I could sense her blood pressure returning to near normal levels.

She asked if she should call the IRS, just to make sure. I said please don’t – I would call and get it straightened out.

However, the day got away from me and I didn’t get the call made. I figured that since early morning was the best time to get through to the IRS, I would call them early on Tuesday.

I went home that night and got lost in a great article on PFICs (passive foreign investment companies) that I'd been meaning to read.

Tuesday morning I felt like Bill Murray’s character in Groundhog Day – it was Monday morning all over again. I was greeted with a frantic phone message and two or three nasty e-mails. Overnight,  Norway client had, against my recommendation, called the IRS. And the lady at the IRS assured her that the penalty notice she had received had not been a mistake, and that she had better pay up.

The IRS lady referred her to the instructions to Form 3520-A, which clearly state that Form 3520-A must be filed by the 15th day of the 3rd month after the end of the trust’s tax year, and that an extension of time to file Form 3520-A may be granted by filing Form 7004, “Application for Automatic Extension of Time To File Certain Business Income Tax, Information, and Other Returns.”

She called me a few things I won’t repeat, and my blood pressure now had the “Check Engine” light flashing.

Had I been wrong about this? Was I supposed to file Form 7004 by March 15? Was I really just a hack with a lot of letters after my name? Maybe I should just sell the practice, and find a job delivering pizza.

“Wait a minute,” I thought. “Get a hold of yourself. This can’t possibly be right.”

IRC Section 6048(b) requires a U.S. person who is treated as owning a foreign trust under the grantor trust rules of Sections 671 through 679 to report information with respect to the trust (file Form 3520).

The Internal Revenue Code section does not explain how an owner is to “ensure” that Form 3520-A is filed, and regulations under Section 6048 are non-existent.

However, the instructions to Form 3520 instruct a U.S. owner of a foreign trust who has not received a Foreign Grantor Trust Owner Statement from the foreign trust to complete a substitute Form 3520-A "to the best of [their] ability" and attach it to their Form 3520. (See also CCA 201150029 – “Information With Respect to Certain Foreign Trusts.”)

The critical point of contention here is: When is the stupid substitute Form 3520-A due, and how can the due date be extended? After all, this is not the Form 3520-A required of the foreign trust. This is a “substitute” form, which is filed as an attachment to the trust owner’s Form 3520.

The due date to file Form 3520 is the 15th day of the fourth month following the end of the U.S. person’s tax year.

It seems logical that the due date for an attachment to Form 3520 would be the same as Form 3520 itself, and indeed, the Internal Revenue Manual happens to agree.

I called the IRS, made my point, and was told to submit a formal protest letter. The letter was submitted.

I called again after 30 days, was told the protest letter was lost and to submit it again.

At the time I'm writing this, four months after submitting a second letter of protest, we are still waiting for a response from the IRS.

We are in the process of protesting all of these penalties, but have yet to resolve any of them.

In such a high stakes game, created by outrageous penalties imposed by Congress for a late-filed information return, it seems that either Congress or the IRS would make it perfectly clear, to both IRS personnel and to taxpayers, when a “substitute” Form 3520-A is due.

However, neither the due date for this form, nor the means of extending the due date, is mentioned in the Form 3520 instructions.

If our small client base has received five of these penalty notices, imagine how many thousands of notices have been mailed. Imagine how many taxpayers have paid this bogus penalty, of US$10,000, just to get the IRS off their backs.

Hey, wait a minute. Isn’t that what scammers do – send out bogus tax notices to get people to send them money?

I can imagine the conversation:

Some High Ranking IRS Official #1: “I’ve got a great idea. We send out US$10,000 penalty notices to everyone who filed a Form 3520 with substitute Form 3520-A attached, and tell them they filed late.”

Some High Ranking IRS Official #2: “But that’s not really honest is it?”

Some High Ranking IRS Official #1: “Of course not. But think about all the revenue we can raise with such little effort. It’s the perfect scam.”

Some High Ranking IRS Official #2: “But aren’t we supposed to be warning taxpayers to beware of scammers?”

Some High Ranking IRS Official #1: “Well sure, beware of scammers pretending to be the IRS, but we ARE the IRS. It’s perfect!” 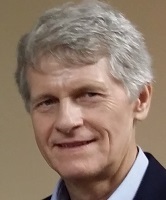 Gary W. Carter, Ph.D., MT, CPA, is a Minneapolis, Minnesota-based CPA, and the president of GW Carter, Ltd. He is retired from the University of Minnesota's Carlson School of Management. He once worked as a revenue agent for the State of Alaska, and later in public accounting for both a regional CPA firm and one of the Big Four accountancies. He has written a number of books on taxes.

Carter says he is going public with his experiences involving form 3520 filings in order to help other accountants and individuals who might unwittingly also fall foul of the IRS's lack of clarity and uncompromising approach.

More in this category: « A renounced ‘accidental’ replies to UK gov’t’s Stride: ‘It’s not that we’re not British, we are – but we're also not really American' Taxpayer Advocacy Panel's expat rep to expats: 'Let's work together' »