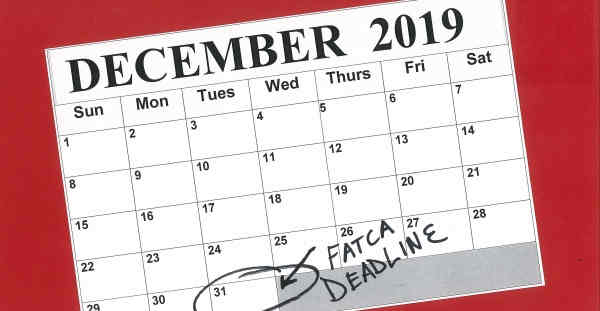 As this and other media organizations have been reporting in recent months, Europe's banks are becoming increasingly aware of an approaching Dec. 31 deadline, after which they will be obliged to comply with an element of the 2010 U.S. law known as the Foreign Account Tax Compliance Act (FATCA) that obliges them to give the U.S. the "Tax Information Number" of all of their American account-holders...

(On Monday, the American Expat Financial News Journal reported that the Dutch Banking Association had posted an animated video on the home page of its website in which it warned its American clients who didn't already have them of the urgent need for them to get U.S. Social Security numbers if they don’t wish to lose their Dutch bank accounts and told them how to get one.) 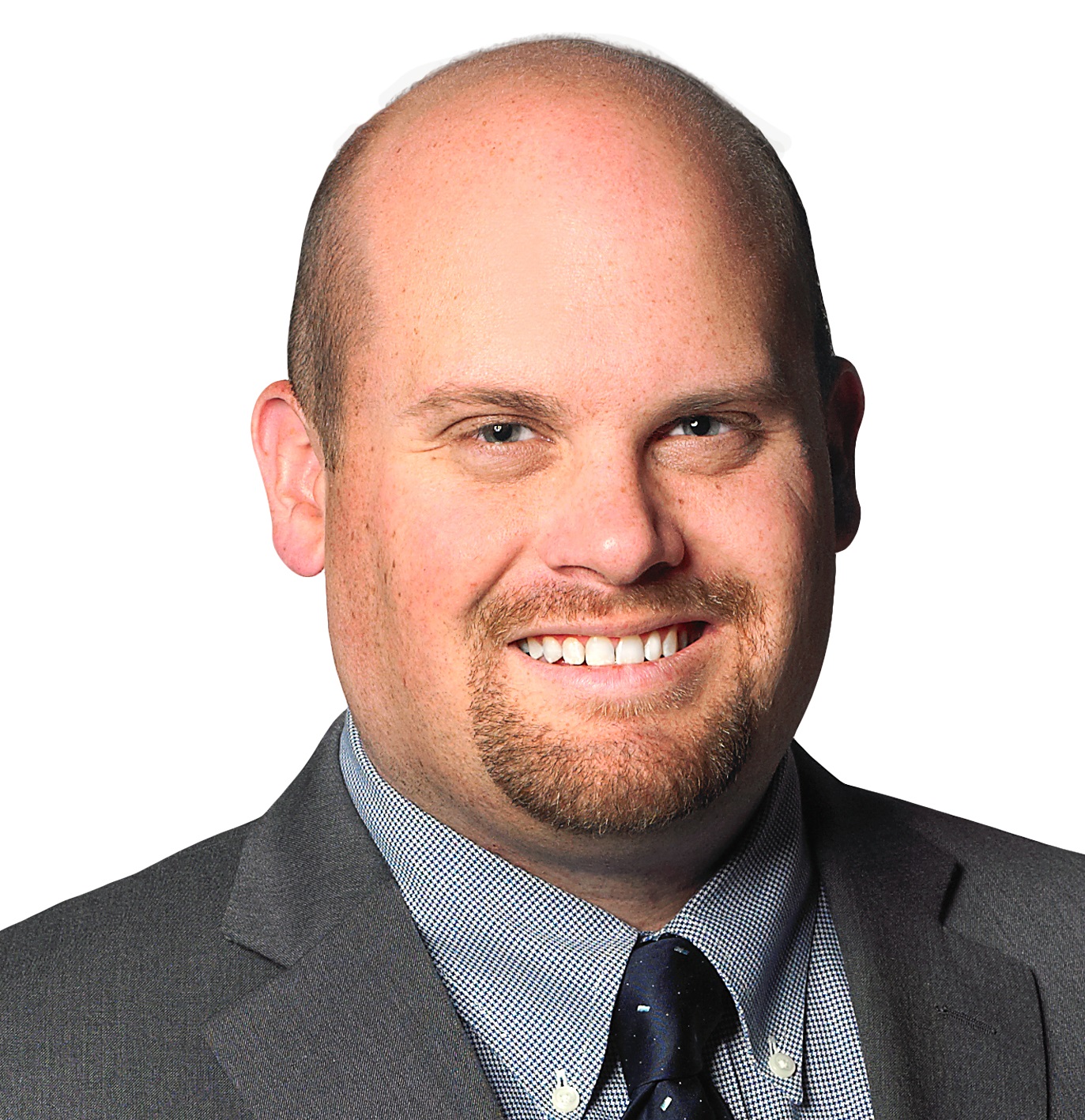 Here, Kevin Kirkpatrick, a U.S. tax lawyer with the Calgary, Canada-based law firm of Moodys Gartner Tax Law LLP,  considers whether banks outside of Europe – in Canada, for example – may also be beginning to worry about the deadline...

In recent months, media organizations across Europe have been revealing efforts by French and British banks to comply with a 2010 U.S. law known as the Foreign Account Tax Compliance Act (FATCA). The law, a U.S. predecessor to the Common Reporting Standard (CRS), which has now been adopted by many countries (although not the U.S., which says it has FATCA and doesn't need to), is an attempt to fight tax evasion by increasing financial information transparency.

FATCA does this by forcing non-U.S. banks to disclose the financial holdings of all of their U.S. account holders to the U.S. Internal Revenue Service (IRS). This disclosure is done through information exchanges between the IRS and the respective national tax authority in the country in which the American's non-U.S. bank account is located.

What’s unusual about the U.S. situation is that the United States taxes its citizens on the basis of citizenship, rather than residency.

So although it does tax U.S. residents who aren't citizens, it deems  most people who were born within its borders, or to U.S. citizen parents living abroad, to be U.S. citizens – and therefore, obliged to file tax returns and potentially pay U.S. taxes, all their lives and no matter where they live, if their income is above a certain level.

In theory, if they pay taxes to a government where they are living, these can be used against their U.S. tax obligations.

The result is that while FATCA does help catch "Homeland" tax evaders trying to stash money in offshore accounts, the combination of the law's breadth and the idiosyncrasies of U.S. tax and nationality law ends up capturing a lot of “accidental Americans” and other U.S. individuals who, because they have lived most of their lives outside of the U.S., didn't realize they were noncompliant with U.S. tax rules.

Why the issue is
in the news now

The reason FATCA has reappeared in the news recently is because an extension period set up by the IRS in 2017, to enable banks to file FATCA reports on U.S. citizen clients whose Taxpayer Identification Numbers (TINs) they didn't yet have, is due to end at the end of this year.

This means that any non-U.S. banks that don't have these identification numbers for some of their U.S. customers will be considered by the IRS to be noncompliant with FATCA.

Noncompliance translates to an imposition of a 30% withholding tax by the United States on all of the bank's U.S. income – which explains why the banks are concerned.

If a bank has a US customer who refuses to provide it with a TIN – normally a U.S. Social Security number – it may thus look to close that person’s accounts as the most efficient way to remain FATCA‑compliant.

The problem tends to arise with U.S.-born citizens of other countries who tend not to think of themselves as "American", and for this reason are disinclined, and in some cases wary, of obtaining a U.S. Social Security number, or otherwise cooperating in efforts to bring them further into the U.S. tax net.

What does this mean for other countries?

This potential for the situation currently unfolding in Europe certainly could happen elsewhere, including in Canada, since Canadian banks are subject to the same expiring grace period as are banks in France and the United Kingdom.

However, given the close integration of the U.S. and Canadian economies, it would not be surprising if Canadian banks foresaw this as an issue requiring attention before some of their European counterparts did, and have already addressed the issue with most of their customers.

Further, the Canada Revenue Agency (CRA) has already provided official guidance to Canadian banks on this issue, so this is likely not as much of a surprise in Canada as it appears to be in some other countries.

So what exactly is an ‘Accidental American’?

An “accidental American” is someone who is a U.S. citizen but doesn’t realize it. This situation could occur for several reasons, the most common being that the individual didn’t know that he or she became a U.S. citizen at birth, or he or she erroneously thought U.S. citizenship was lost upon naturalization in another country.

So it is not uncommon for a person who was born in the United States but who may have left as an infant, and grown up entirely in another country, not to realize that he or she is a U.S. citizen.

Especially key in either circumstance is that US citizenship is not optional — even if a child was never registered with the U.S. government, he or she was a U.S. citizen from birth.

We also meet many individuals who thought that they lost U.S. citizenship when they became citizens of another country, perhaps decades ago.

If they were issued a Certificate of Loss of Nationality (CLN) by the State Department when that naturalization happened, then they would indeed have lost their U.S. citizenship at that point.

But without a CLN, an individual will almost always still be a U.S. citizen.

Simply acquiring another nationality is not enough to lose U.S. citizenship; the person needs to intend to lose their U.S. citizenship and provide notice to the US government of that intent.

Individuals under the age of 18 generally cannot renounce their U.S. citizenship, and all renouncers must demonstrate basic mental capacity, namely that they understand the consequences of renunciation.

The first question most "accidental Americans" ask, upon discovering their U.S. citizenship status, is whether they should be paying U.S. taxes. The answer is that they may not need to, if they are paying tax in the country they're now living in. But file a tax return every year? Almost certainly, yes. They should.

US citizens living in Europe, Canada, Australia, and New Zealand — where personal tax rates tend to be higher than in the United States — are among those who typically pay no U.S. tax.

Where U.S. citizens may face exposure is on penalties that are imposed for not disclosing non-U.S. assets, such as overseas bank accounts, or shares in privately-held corporations in their country of residence.

It’s perfectly legal in most cases for U.S. citizens to own non-U.S. assets, but these assets have to be disclosed, and if they’re not, the penalties are severe.

For example, penalties for late-filed information reporting forms start around US$10,000 per form, per year.

How to obtain a TIN

U.S. citizens living in all other countries should schedule an appointment at the closest U.S. embassy or consulate.

U.S. government staff can advise what documents are required,  depending on the individual’s circumstances and assist with the application process.

How 'accidentals' can avoid problems

In most cases, getting a U.S. Social Security Number and getting compliant with one's U.S. tax filing obligations is called for. This can be easier said than done, and it may not feel fair, but just hoping the problem will go away is not advisable.

FATCA is a powerful tool and, so far, lawsuits challenging both it and the U.S. citizenship-based taxation system have been unsuccessful in several countries, including Canada, the United States, France, and Israel.

The good news is that the IRS recognizes that many individuals affected by these laws were not deliberately trying to hide assets, but did not know about all the U.S. requirements that applied to them.

The IRS thus offers an amnesty program, called the “Streamlined Foreign Offshore Procedures,” under which U.S. citizens living outside the United States may come forward voluntarily and file late tax returns with no penalties.

This program limits the “look back” period for the years that have to be filed, results in relatively efficient processing of returns, and ensures that the taxpayer only pays any tax and interest for those years rather than penalties.

Options for those who wish
to give up their citizenship

Adult U.S. citizens (age 18 and over) have the right to renounce their U.S. citizenship, but doing so is not as simple as just making an appointment at the closest U.S. embassy or consulate, and handing back one's passport or signing a form.

For one thing, like many countries, the United States has an “exit tax.” Because the U.S. tax system is based on both citizenship and residency, this tax can be triggered when an individual chooses to renounce citizenship.

In brief, unless they are willing to pay the exit tax, all renouncing U.S. citizens must demonstrate compliance with their US tax filing obligations for the five calendar years preceding the year of renunciation.

Many renouncers will also be subject to net-worth and tax-liability tests, or the exit tax will be imposed.

What a renouncer says in a renunciation interview is also crucial, as there can also be severe immigration consequences: individuals deemed to have renounced to avoid tax, for example, can be barred permanently from returning to the United States, even as just tourists.