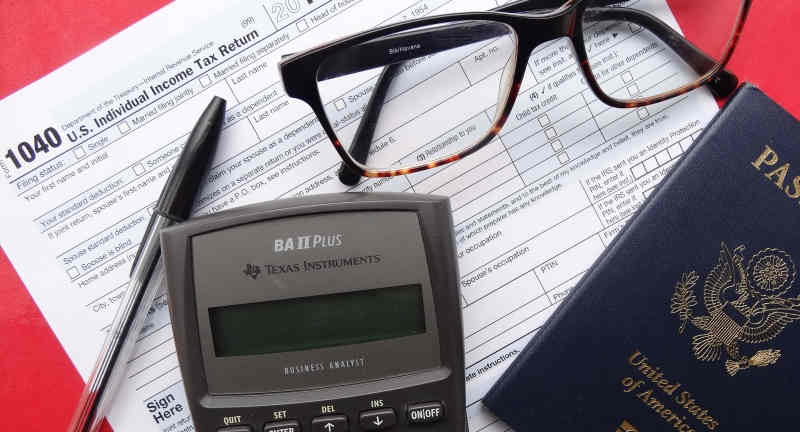 It’s that time of year again – and we're not talking here about Groundhog Day, Valentine's Day, ski season or Mardi Gras.  Rather, we're referring to that time of the year when Americans resident overseas begin gathering together the various documents they will be needing to file their 2019 U.S. tax returns in a few months' time...

Below is a tax document checklist provided to us by Peggy and Chad Creveling, the husband-and-wife team behind Bangkok's well-known Creveling & Creveling Private Wealth Advisory, which they say is meant to give expats a "starting point" for their annual tax document assembling ritual...

Editor's note: This article is for general information purposes only, and is not intended as specific tax advice.

U.S. citizens and green card holders cannot "opt out" of filing or paying U.S. federal income tax, even if they're legally residents in another country. More detail on expat filing requirements as well as the details of each form can be found on the IRS website: www.irs.gov.

Revised Form 1040 and
its various schedules. 2019 will be the second tax filing year using the revised Form 1040 that was enacted at the end of 2017 via the Tax Cuts and Jobs Act (TCJA). By now, it may seem more familiar, but if not, take a look at the 1040 Instructions to get an idea of which schedules you may need.

Overall, the tax brackets are the same in 2019 as they were in 2018, although 2019 tax bracket ranges are updated to account for inflation.

This form must be filed online through the BSA E-Filing System website.

Schedule B – Interest
and Ordinary Dividends. Importantly for expats: Besides reporting interest and dividends, you must file Schedule B if you have a foreign bank or financial account or signatory authority over one, or if you received distributions from or were a guarantor of a foreign trust. If any of those apply, file the schedule, and be sure to check the “Yes” box in Part III 7a – according to the schedule instructions, this is required even if you aren't required to file the FBAR or FinCEN Form 114 outlined above.

Form 2555 – Foreign Earned
Income and Housing Exclusion. If you qualify, use this form to exclude foreign earned (salary) income of up to US$105,900 for 2019, as well as potentially exclude or deduct housing costs. The standard maximum housing expense limitation for 2019 is US$31,770.

Form 1116 – Foreign Tax Credit (FTC). If you've paid foreign taxes on foreign income (either from your salary or investments) and you haven't otherwise excluded the income from your U.S. taxes, you may be able to take a credit against any U.S. taxes owed by filing this form.

Should you take the Foreign Earned
Income Exclusion (FEIE) or use the Foreign Tax Credit (FTC)? If you’re a high-income earner in a high local tax jurisdiction such as Thailand, you may be able to save more in U.S. taxes if you use the FTC only, rather than by using a combination of the FEIE and FTC.

This is even more the case following the recent tax cut – even though the FEIE has gone up in USD terms, it is now worth less in U.S. tax dollars savings, since lower U.S. marginal brackets now apply.

It can pay to calculate your U.S. tax burden under both FEIE and FTC to see if FTC may be a better deal. Just remember that once you revoke the FEIE, you can’t use it again for another five years without IRS approval.

Form 8938 – Statement of
Foreign Financial Assets. U.S. expats need to file Form 8938 for tax year 2019 if your filing status is Single, Head of Household, or Married Filing Separately and you had more than US$200,000 in aggregate specified foreign assets on the last day of the year, or US$300,000 at any time during the year.

U.S. expats who file Married Filing Jointly need to file Form 8938 if you have aggregate specified foreign assets of US$400,000 on the last day of the year, or US$600,000 at any time during the year.

Some examples of specified foreign assets include:

For more information, see Basic Questions and Answers on Form 8938.

If you own shares in a PFIC (either directly or indirectly), you're generally required to file Form 8621 for each PFIC that you own on an annual basis if the aggregate value of all your PFICs is greater than US$25,000 at year's end (or US$50,000 for joint filers).

In some cases, your PFIC may provide shareholders with a "PFIC Annual Information Statement". This statement allows you to elect qualified electing fund (QEF) treatment on Form 8621, resulting in U.S. taxation similar to a U.S.-domiciled mutual fund.

If your PFIC does not provide this statement, your options are to either elect "mark-to-market" treatment or otherwise default to the more onerous "excess distribution" rules, which results in the highest amount of U.S. tax owed.

PFIC rules and tax calculations are complex – seeking help from a professional tax preparer well-versed in the form is advisable.

Form 5471—Information Return of U.S. Person
with Respect to Certain Foreign Corporations. If you're a shareholder of a controlled foreign corporation (CFC), you must file this form and all related schedules.

A foreign company is generally classified as a CFC if you own 10% of the shares or control 10% of the voting rights. American expats who own foreign registered businesses or significant stakes in restaurants, bars, or other companies may need to file this form.

Note that from 2018, Form 5471 has been amended to include a number of changes introduced by the Tax Cuts and Jobs Act. Everything about Form 5471 is even more complicated, including the tests for whether you must file the form, as well as the form and its numerous required schedules and footnotes. Penalties for non-filing are high.

If you think you may need to file Form 5471, and to make sure that it is completed correctly, it may make sense to seek professional advice.

Form 8992—U.S. Shareholder
Calculation of Global Intangible
Low-Taxed Income (GILTI). Beyond 2017’s Section 965 “Transition Tax” outlined below, the Tax Cuts and Jobs Act requires U.S. taxpayers who are 10% or greater shareholders of CFCs to pay current-year tax on certain types of income from their CFC, regardless of whether the income is distributed or repatriated.

The GILTI tax is calculated using Form 8992. Like Form 5471 and Section 965 Transition tax, Form 8992 is complicated. Shareholders of CFCs may wish to consult a qualified tax adviser.

Section 965 One-Time Transition Tax
for Shareholders of Foreign Corporations. The Tax Cuts and Jobs Act included a one-time “transition tax” for U.S. taxpayers who own 10% or more in a foreign company on the undistributed retained earnings of the company as of December 31, 2017. The tax, or at least an installment of it, was due to be paid in 2018, and additional documentation and statements related to the transition tax were to be included in the 2017 1040 filing. If you missed this, you may wish to consult a qualified tax advisor to revise your 2017 (and 2018) taxes.

Form 926 – Return of a U.S. Transferor of Property to a Foreign Corporation. Generally, you are required to file this form in the year you transfer cash, assets, or property (tangible or intangible) to a foreign corporation. U.S. citizens either just setting up and providing initial capital to a foreign business or injecting fresh capital/new assets to an existing business may need to file this form.

Form 3520 – Annual Return to Report
Transactions with Foreign Trusts and
Receipt of Certain Foreign Gifts. This form is used to report transactions you may have with foreign trusts, as well as if you receive large gifts from "foreign persons" (greater than US$100,000), or corporations or partnerships (greater than US$16,388 for 2019).

Form 3520A – Information return of
foreign trust with a U.S. owner. If you own a foreign trust, you need to file this form to provide information about the trust, its U.S. beneficiaries, and anyone who's treated as an owner of any portion of the trust.

No Longer Needed: Form 8965 –
health coverage exemptions. For 2019 and future years, the Affordable Care Act’s Shared Responsibility Payment (also called the health care “mandate” or “penalty”) no longer applies at the federal level. Therefore, U.S. expat taxpayers are no longer required to file Form 8965 to request an exemption from having health coverage. 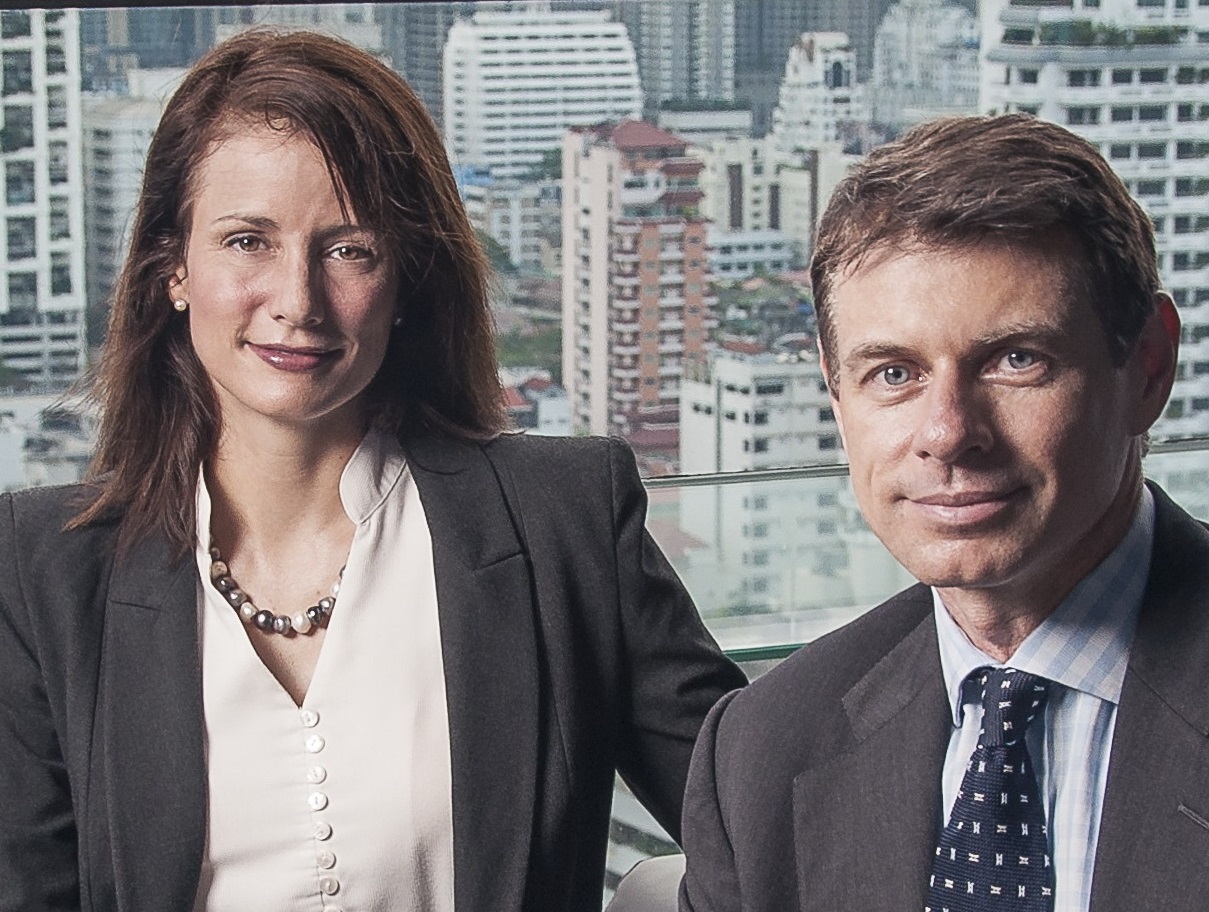 The above list is not intended to be comprehensive, and other forms may be needed depending on your particular situation. Failure to file required forms can result in substantial penalties, even if the omission was not intentional. Please consult your tax adviser for advice relevant to your situation.

This article is a revised and updated version of ones that have appeared previously on www.crevelingandcreveling.com. To see this article in its original format on the Creveling and Creveling website, click here.

More in this category: « TAP's Laura Snyder, to all overseas U.S. taxpayers: 'Now's your chance to tell the IRS what needs fixing' Opinion: Why it's wrong to insist a U.S. move to residence-based tax regime be 'revenue neutral' »