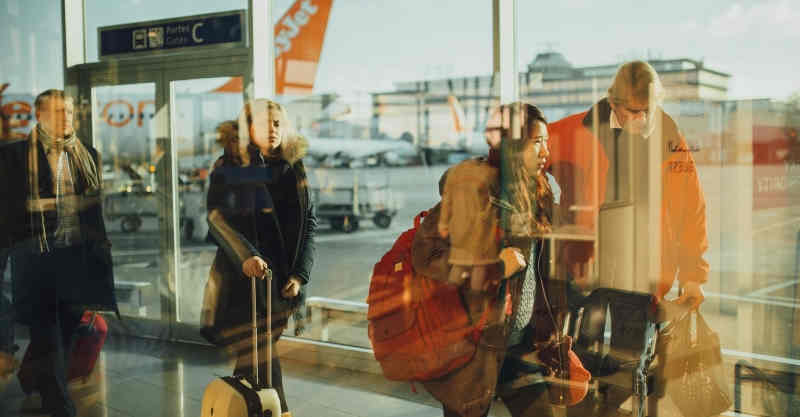 There has already been much speculation by media organizations, American expat groups and cross-border U.S. tax specialists about how the US$2trn federal stimulus package known as the CARES Act, signed into law last Friday by President Trump, will actually impact American citizens and Green Card-holders living outside of the United States.

Here, Karen Alpert, an Australia-based academic and tax expert who oversees a blog entitled FixtheTaxTreaty.org, considers some of the unforeseen consequences that seem likely to emerge from the U.S.'s well-intentioned plan to distribute a "Recovery Rebate" to such non-US-resident Americans...

As most Americans resident overseas know by now – if they didn't before their banks or the U.S. tax compliance industry informed them – the U.S. claims the right to tax on the basis of citizenship rather than residence.

So it shouldn't be that surprising to discover that the U.S. accepts that it should also provide tax rebates to all its tax-compliant citizens.

That said, the complexities inherent in the business of taxing non-residents of a country is not well understood, even by the tax-writing committees in Congress.

Perhaps as a result of this, there appear to be some unintended consequences in this bill – although for once (whisper it), some of these consequences appear to benefit, rather than harm, non-resident U.S. citizens (/taxpayers).

All the more reason, proponents of a fairer tax system say, for U.S. tax regulations to stop at the border.

Like every other country, they will tell you, the U.S. should tax on the basis of residence, and source of income, not on citizenship.

What is staggering for those of us who believe this is that it is so difficult to get Congress, not to mention thought leaders and others in the U.S., to get it, and lead efforts to bring about the much-needed change.

The case of the American
married to a non-American

Take the extremely common situation in which an American meets, falls in love with and marries a non-American. It happens all the time, and has always done so, just as human beings throughout history have married spouses of different nationalities from their own.

Most Americans who happen to be living abroad with their non-American spouses will file their U.S. taxes as “Married Filing Separate”, but many find it advantageous to make the election available under §6013 (g) to file a joint return with their nonresident alien spouse.

Making this election means that the non-American spouse agrees to be taxed by the U.S. on their worldwide income.

Certainly, you might think, that ought to be sufficient for this non-American spouse to qualify for that just-announced US$1,200 stimulus payment as a U.S. taxpayer?

In fact, though, it turns out that it isn't.

The §6013(g) election treats the spouse as a U.S. tax resident for the purpose of computing tax, but not for the stimulus payment.

Another example of the potential complications the combination of the U.S. citizenship-based tax regime and the just-announced Recovery Rebates program seems to be shining a light on is the interaction of this promised US$1,200 credit with the Foreign Earned Income Exclusion (FEIE).

My take is that, since the FEIE reduces Adjusted Gross Income (AGI), and the CARES Act rebate is phased out at higher levels of AGI, taking the FEIE would increase the amount of CARES Act rebate.

Someone earning more than US$75,000 can exclude foreign earned income, reducing AGI below US$75,0000.

U.S. expats will also have to consider how this payment will be treated by the tax authorities where they live. This may vary country to country.

Some countries may treat this as a tax credit, reducing any U.S. tax available as a credit against local country income taxes, while others may treat it as taxable income. It will be best for individuals to consult a qualified tax adviser where they live.

The bottom line, though, is that the U.S. government should be taking care of the U.S. economy – not the economies of the countries where U.S. citizens happen to live.

U.S. tax rules should stop at the US border – for both tax liability and for tax benefits.

And, for those who have been sitting on the fence, worrying about whether they should start complying with U.S. tax law when they are a tax resident of another country, here's a thought: the stimulus payment they are due to receive will barely cover their tax compliance costs for the tax year in question – and certainly won’t cover their losses going forward, due to both compliance costs and the cost of opportunities lost.

Karen Alpert, pictured left, is a former U.S. citizen who now lives in Brisbane, Australia, where she's a finance lecturer at the University of Queensland, tax expert, and a passionate advocate for tax fairness. She oversees a blog entitled FixtheTaxTreaty.org.

To read and download her 2018 paper, "Investing with One Hand Tied Behind Your Back – An Australian Perspective on United States Tax Rules for Non-Resident Citizens", click here.

More in this category: « Opinion: Give trapped Americans abroad a break this tax season Bright!Tax's Allyson Lindsey, to expats: 'How to go about getting a COVID-19 rebate payment' »