As various expat organizations ramp up their efforts to persuade Washington lawmakers to move the U.S. away from its Civil War-era taxation regime, which is based on citizenship rather than residency, the Association of Americans Resident Overseas has revealed that 90% of more than 400 U.S. expats it surveyed last October and November support such a change.

What's more, of those whose only source of income is from outside of the U.S., 99% would rather be taxed by the country in which they currently live, rather than having to file annual tax returns and potentially pay tax in certain instances to the U.S., (see pie charts, above), the AARO survey's results indicate.

(Even Americans who earn 100% of their income abroad can be held to owe tax to Uncle Sam if they realize an income gain that isn't taxed in their current country of residence, such as a profit on the sale of their main residence, that would be taxed if they were living in the States.)

In a summary of its findings on citizenship-based taxation, AARO noted that although the current U.S. policy of taxing Americans on the basis of their citizenship dates back to the U.S. Civil War, "there has been little appetite by Congress to eliminate CBT."  In 1924, the U.S. Supreme Court even upheld the principle that the U.S. was within its constitutional rights to tax a "citizen and his property wherever found," according to AARO.

Survey in aid of AARO's work 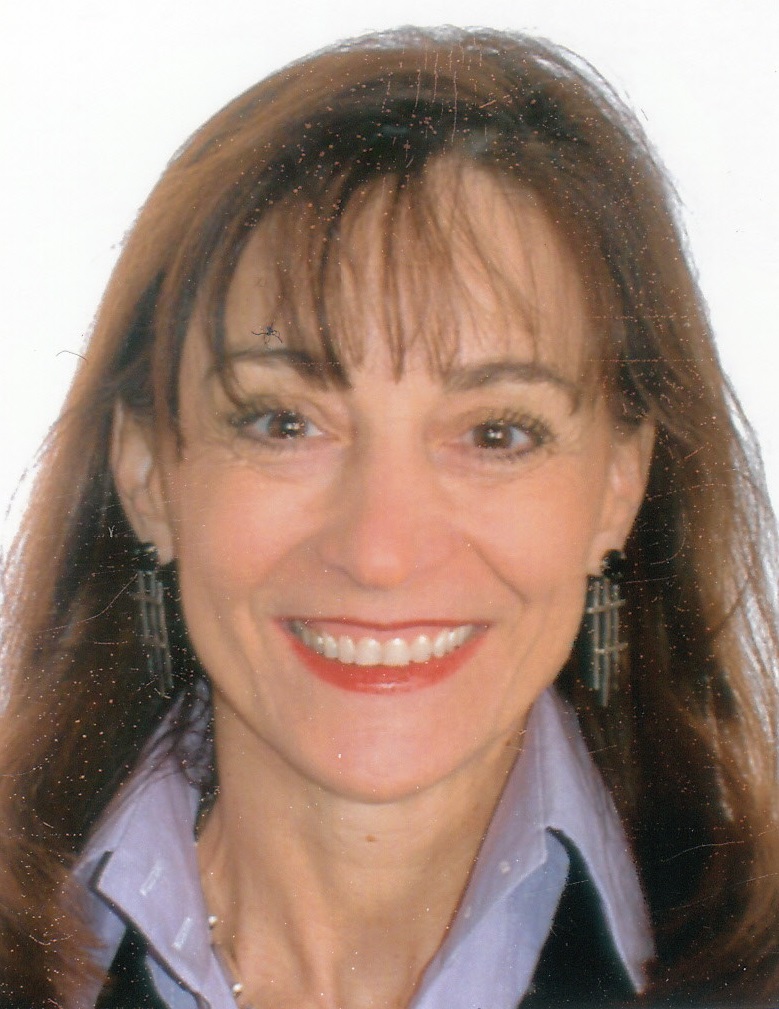 The results of the AARO survey, which may be viewed on the AARO website by clicking here, are to be used by the Paris-based American organization to help it in its "advocacy efforts," according to Doris Speer. She's the AARO board member who carried out the survey, with input from other AARO executives.

Speer, pictured left, said some 440 expats were surveyed online, "of whom 337 were AARO members".

The respondents learned about the survey from a variety of places (including the AXFNJ), as well as AARO's website, Facebook and LinkedIn pages; and from various expat American groups, she added.

AARO breaks its survey findings on the issue of CBT vrs RBT into two reports, both of which are published on its website. The first report consists of an overview of the findings, breaking the respondents into two groups – those who believe CBT should be eliminated, which it refers to subsequently as the "Droppers," and those who are in favor of keeping the current system (the "Keepers"). For the purposes of its analysis, AARO doesn't include the responses of those who said they had "no opinion" on the matter.

AARO's second report on its survey results having to do with expats' thoughts on citizenship-based taxation focuses on how attitudes are shaped by the source of the respondents' income – that is, whether it's all, partly or not at all originating in the U.S.

Both reports include comments from the survey's respondents, which often highlight the unfairness of CBT. Wrote one respondent, according to AARO (which doesn't identify the individuals in question): "USA is the most democratic country in the world but the US taxation system is the most unfair system in the world."

"It is unfair to have to file two tax returns every year", another said, while a third said, "It is unfair, difficult to comply and creates other problems."

One of the "CBT Keepers" said, however: "I still vote [in the U.S.]; paying taxes on my small US income is fair."

Below, some of the AARO survey's other
findings on the matter of the U.S.'s
system of citizenship-based taxation:

*  A "significant" 56% of the CBT Droppers believe that they are double taxed, or taxed more, under CBT than they would be under RBT; "only 27% of the CBT Keepers believe so."

*  Those survey respondents classified as CBT "Droppers" said that CBT had "severely limited their investment and retirement opportunities," the AARO findings indicate, with 61% of such Droppers saying they have lost tax advantages under the system, while 76% and 77% said they found reporting on non-U.S. retirement and investment accounts they held to be "complex." Curiously, "very few Keepers have any of these problems, but that is because Keepers are far less likely (16 - 18%) to even have such accounts than Droppers (44% - 48%). In fact, overseas Americans generally cannot open investment or retirement accounts in their country of residence due to CBT complications." 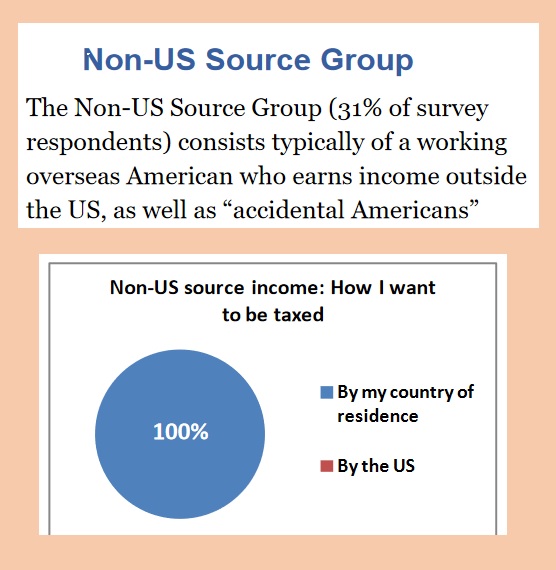 As the table to the right shows, 100% of those who received no income from the U.S. – 31% of the survey's respondents, and the group which included so-called "accidental Americans" – said they'd prefer to be taxed "only by their country of residence, and none want the U.S. to tax their non-U.S. income."

One respondent in the U.S.-sourced income only group expressed solidarity for the non-U.S. sourced-income group, AARO noted in its summary of its findings: "As a U.S. citizen receiving income only from the U.S., I don't mind paying taxes on it," this respondent wrote.

"For people who earn only in a non-U.S. country and live abroad, I think they should not be taxed by the U.S."

To see the first part of the AARO 2020 Advocacy Survey Results report on the subject of citizenship-based taxation, click here.

To see the second part of these results, on the subject of citizenship-based taxation, click here.

This is the fifth AXFNJ article covering various aspects of the AARO research findings. To read the findings having to do with U.S. banks refusing to accept American expats as clients, click here.

To read why more than a third of those expats surveyed said they were considering renouncing their U.S. citizenship, click here.

AARO was founded in 1973 by Phyllis Michaux and a group of other Americans resident in Paris, who were concerned about the way they thought (even then) that the U.S. government was treating its citizens abroad.

More in this category: « OPINION: The SEAT approach to residence-based taxation: 'Begin with the end in mind' AXFNJ Podcast: #TaxedButNotVaxxed: An American expat in Thailand explains the case for U.S. gov't vaccines »