As this publication and others have been reporting in recent months, Americans resident in Thailand have become increasingly vocal in their calls for the U.S. government to provide them and their families with Covid-19 vaccinations, as it has done for their fellow U.S. citizens – and taxpayers – back home...

The U.S. has even organized vaccination programs abroad, to ensure that all of its overseas embassy and consulate personnel have received the vaccinations.

But not for ordinary American expats who happen to live in countries where vaccines are in short supply, even from private healthcare providers, like Thailand.

Meanwhile, the latest news, as of yesterday (July 30), is that President Biden is urging local and state governments in the States to offer US$100 to any un-vaccinated Homeland Americans who are willing to get vaccinated, in an effort to overcome the reluctance many there apparently feel about getting shots that their fellow American counterparts living in Thailand are desperate for, and which some elderly expats fear they might not get before they come down with the powerful Delta variant Covid strain, and die. 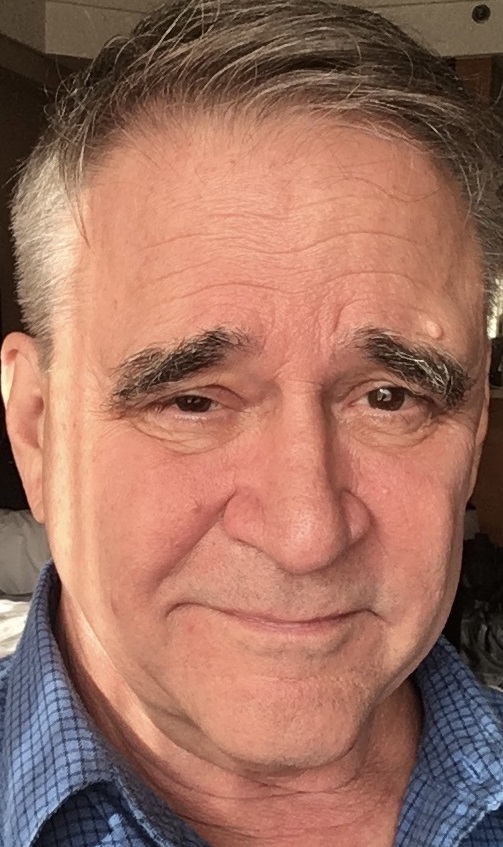 In his latest podcast interview for the American Expat Financial News Journal, Toronto-based lawyer and American expatriate campaigner John Richardson talks to Joseph Noble (pictured left), a retired American tech business executive who has been living in Thailand for the past 18 years. Noble, originally from Kentucky, explains to John Richardson why he and other Americans there are so adamant that the U.S. government provide them with the vaccines they crave – ideally, as soon as possible.

For one thing, the Covid virus is spreading rapidly throughout the region, and as of the end of Thursday, Thailand alone saw 17,669 new Covid cases and 165 deaths reported.

Then there's the fact that for various reasons, Thailand is currently struggling to provide the vaccines that its 69 million people need; has been for months, and indications are that the shortage is likely to continue for several months more, in spite of vaccine donations promised (if not yet fully delivered) by a number of countries, including the U.S.

Currently, less than 5% of the country's population has been fully innoculated, according to the latest reports.  This compares with 57.7% of the U.S. population, which experts there say should be higher, and would be were it not for a social media-fuelled "anti-vax" movement.

What frustrates American expats in Thailand most, including Noble, as he explains to Richardson, is the fact that even though the U.S. is generously promising to donate millions of Covid-19 vaccine doses to some of the neediest countries around the world, including Thailand, it's consistently refused to set aside vaccines specifically for its expats in these countries, even though unofficial estimates are that only around 40,000 Americans currently live there. (U.S. government spokespeople say they don't have any official estimates as to the numbers.)

The reason the U.S. says it won't help its expats in Thailand with Covid vaccines, Noble, pictured above, explains to Richardson in the podcast, is because it says U.S. policy has always been "that that the American government does not provide medical care for its citizens in their host countries."

"[This] has always been their position. But we consider this [a] different situation," Noble explains.

"They don't normally provide vaccines free of charge to every citizen living in the United States either – for measles, mumps and rubella, for instance; [back in the U.S.,] you have to go to your doctor to get them. But with the Covid vaccinations, they're doing it for everybody [back in the States], two [Covid-19] shots.

"That's all we're asking for, you know, the same thing.

Noble goes on to add that as he sees it, especially when, as is the case for American expats, people are paying taxes while living abroad to their home country – as Americans are, controversially, required to do – there's understood to be "a contract...that they're supposed to take care of their people" in return.

"If you look at the definition of what an embassy does, on Google, it says it's there to help and aid its [citizens] who are living in or travelling to other countries.

"They're not doing that."

To listen to the podcast, which was recorded last week and which has some inaudible sections owing to technical difficulties, click here.

Since this recording was made, the situation has not improved for Noble and his fellow expats in Thailand. Recent news reports, for example, have described how the Thai government has begun using sleeper trains "to transport Covid patients out of Bangkok, where hospitals have been overwhelmed by a recent surge in cases."

According to the UK's Guardian newspaper, from which that quote was taken, the first of these Covid evacuation trains "left the capital on Tuesday, transporting 137 patients who were asymptomatic or had mild symptoms to their home towns in the north-east of the country."

On Wednesday, meanwhile, six Thailand-based media organizations issued a joint statement "demanding that the Thai government lift all restrictions, imposed under [its recently-declared] Emergency Decree, on freedom of expression by people and media," according to media reports.

The six organizations – the National Press Council of Thailand, the News Broadcast Council of Thailand, the Thai Journalists Association, the Online News Providers Association, the Thai Broadcast Journalists Association and the National Union of Journalists of Thailand – referred to a previous joint statement, issued on July 15th, expressing concern over government's restrictions that the government had reportedly said were aimed at dealing with “fake news” that it said could cause public panic or misunderstanding of the emergency situation in a way which may jeopardize national security, public order or good morals, according to a report on the website of the Thai Public Broadcasting Service.

The struggle on the part of Americans resident in Thailand, meanwhile, has been going on for months, and has received coverage by a number of major U.S. media organizations.

In May, the Wall Street Journal published an opinion piece signed by two former U.S. ambassadors – Michael George DeSombre, U.S. Ambassador to Thailand (2020- Jan. 2021), and Scott Brown, Ambassador to New Zealand and Samoa, (2017 - 2020) – who wrote that "now that the vaccine supply exceeds demand at home, it is time for Americans abroad to be given their shots."

As reported, picking up on the issue about American expats being taxpayers – unlike expats of most other nationalities – the former ambassadors added: "Americans living overseas are U.S. taxpayers, and should have the same access to free vaccines funded by their tax dollars.

"There are no significant hurdles for the U.S. government to ship Covid vaccines around the world and administer them to Americans living abroad."