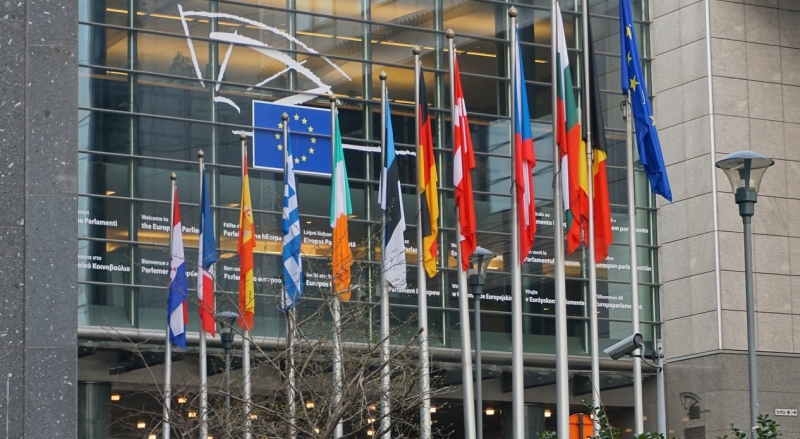 In July of 2018,members of the European Parliament resoundingly approved a resolution which supported the right of Europe's estimated 300,000 "accidental Americans"  to be allowed to cast off their American citizenship (and thus their taxation by the U.S.) more easily and cheaply than is currently possible under U.S. law. (The vote was 470 to 43, with 26 abstentions.)

Meanwhile, lawmakers in France have sought repeatedly in recent years to introduce legislation aimed at addressing what they say is an unfair imbalance in the way France's banks and financial institutions are obliged to provide account information on their U.S. clients to the U.S., even though the U.S. doesn't reciprocate with information on French taxpayers who maintain U.S. bank accounts, only to have their efforts repeatedly shot down by fellow lawmakers, usually citing some excuse.

(The chairman of the French Senate's finance committee in 2020, for example, declared a proposed FATCA reciprocity amendment to be "inadmissible".)

Elsewhere in Europe, a number of recent European Court of Justice decisions on certain data protection concerns that have been expressed about FATCA, beginning in July, 2020 with the so-called 'Schrems II' ruling, were expected to bring lawmakers to the table to discuss changes – but again, thus far nothing of any consequence has happened, according to sources who've been directly involved in these cases, or who follow them because they are indirectly relevant to their own work.

Now, U.S. tax expert and commentator Robert Goulder suggests an emerging theory that might go at least part of the way towards explaining the reasons behind Europe's consistent refusal to deal with the FATCA-related problems that so many onlookers, lawmakers and EU and American citizens think should have been addressed years ago: "Strategic forbearance."

What 'strategic forbearance' is

In an article for the online edition of Forbes, a New Jersey-based business magazine, Goulder – who is also a TaxNotes.com contributor  – explains that strategic forbearance is a "thesis is that institutions vested with great power (typically large governments) may achieve desired objectives and advance their standing by purposefully not deploying those powers in the intended manner.

He adds: "That forbearance is likely to have adverse consequences on the private parties who would have benefited from governmental action. Collateral damage is the price of institutional inaction."

Goulder notes that a number of academics have been addressing the topic, including R. Daniel Kelemen of Rutgers University and Tommaso Pavone of the University of Arizona, who Goulder says  released a working draft last month of a forthcoming paper "on supranational forbearance, which tries to explain why the [European] Commission has grown sheepish on infringement proceedings."

Says Goulder at this point: "The paper could just as easily explain why the commission has emerged as a defender of the U.S. government's Foreign Account Tax Compliance Act.

"It's tempting to label the commission as an unwitting protector of the FATCA regime, but the designation might not be accurate. Brussels seems to know exactly what it's doing."

Later, in his lengthy (1,900 words) article, Goulder notes that even though "hardly a week goes by when Tax Notes readers aren’t presented with a range of analyses and opinions on recent infringement proceedings involving large corporate taxpayers," The number of cases actually being dealt with by EU officials has been declining.

"The numbers don’t lie. Between 2004 and 2018 the volume of infringement inquiries brought by the commission fell by 67%. The number of infringement proceedings referred to the EU courts fell by 87%.

"The commission has grown decidedly less activist during the last decade and a half."

To read Goulder's piece in full on the Forbes website, where its headline reads "Does Strategic Forbearance Explain EU Deference To The Foreign Account Tax Compliance Act?", click here.

FATCA, known officially as the Foreign Account Tax Compliance Act, was signed into law in 2010 as a revenue-providing element of a U.S. jobs bill known as the HIRE Act. It mandates stiff penalties for non-U.S. ("foreign") financial institutions that fail to report the bank account details, including assets, of any of their clients who happen to be U.S. citizens or Green Card holders.

When it's enforced alongside the U.S. system of citizenship-based taxation, the FATCA regulations mean that America's expat population, of between 6 million and 9 million U.S. citizens, are obliged to pay taxes in the countries in which they live as well as to file tax returns, and potentially pay some taxes as well, to the U.S. Many Americans owe no tax at all, yet are obliged to spend hundreds to thousands of dollars having tax experts handle their taxes as well as their Foreign Bank Account Reports (FBARs), as mistakes can be costly, FATCA opponents point out.

Even before FATCA began to come into force across the world in 2014, American expats began to encounter problems maintaining bank accounts, savings accounts and other financial products and services, and the numbers of those renouncing began to take off.

The total number of Americans who gave up their citizenships in 2020 was a record-breaking 6,705, compared with 743 in 2009, the last year before FATCA was officially on the books, if not yet in force. This was in spite of the fact that most U.S. embassies and consulates around the world, which handle citizenship renunciations and Green Card relinquishments, were closed for much of 2020.