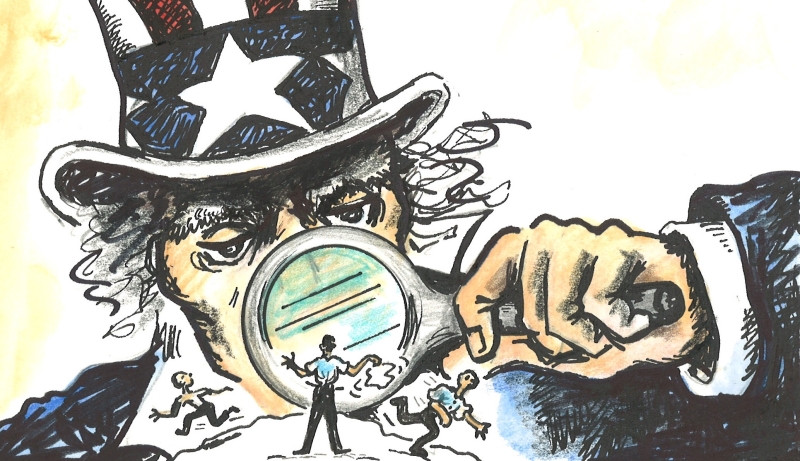 The American Expat Financial News Journal, like many media organizations, often hears from readers who are at a loss as to whom else they can turn to, having exhausted what they believe to be all the avenues open to them to resolve their problems...

In the case of our readers specifically, the questions we’re most often asked typically have to do with the way these readers – who are deemed to be “U.S. Persons” of some kind by the American government, usually because they were born in the States – are being pursued for tax-related reasons by the U.S. authorities.

Below is a recent such missive, from a frustrated mother-of-four children living in a European country (she prefers not to say which) with her non-American husband.

Responses should be sent to This email address is being protected from spambots. You need JavaScript enabled to view it., and should arrive by the end of the day on March 24.

Here, “Maria” – as she says we can call her – explains her frustrations, and what she urgently wants someone to tell her about how this situation can be changed, so her children don't have to live their lives filing complicated tax returns to a country they've never even been to...

I’m an American expatriate who was born in the U.S., but who has lived in Europe for almost 20 years now, and has practically no ties left to the States. I haven’t even been there for 15 years.

I’m a housewife and mother of four children, who doesn't make any money myself, because I’m a full-time homemaker.

Nevertheless, I’m subject to stressful, unfair and time-consuming laws that have been inflicted on me by my very own government.

I am not a tax specialist, so I don't understand the lingo or laws when I struggle through my U.S. tax returns every year, worried all the while whether I’m doing them correctly...for do them I must, apparently, even though, as I say, I don’t have a job, and thus don’t make any money myself.

In spite of the risk of errors, though, I refuse to go to a expat tax consultant, because the costs involved in doing so would cause conflicts between me and my non-American husband, who is the family bread-winner.

As though this weren’t enough, now my eldest child, who was born in the European country in which we now live (as were all four of my children) has reached the age where she is forced to do the same.

She is only an apprentice, her English is not perfect, and she makes so little money that the government in the country where we live, and of which she is also a citizen, doesn't tax her at all – but she is still, apparently, expected to file a U.S. tax return.

This is in spite of the fact that she has never even set foot in the country, and is only considered to be American because her mother is.

So like me, she will now be expected to struggle through 10 pages of tax papers, with her minimal English, trying to ensure that she doesn’t have to pay more than her fair share, if anything – while hoping that she doesn’t make any mistakes that will result in her being hit with expensive penalties or other costs.

Meanwhile, one of my other children is fully handicapped. He too has never been to the U.S., but it seems he'll also soon also be subject to these tyrannical laws as well, and both he and I will be held responsible if something goes wrong with his filings.

What's more – and this is the most incredible part – because he is mentally handicapped, he will never be permitted to give up his U.S. citizenship.

and against this backdrop, we are all the while having to sruggle with a severely-limited choice of banks that we can potentially make use of, since few banks here will have us, owing to the fact that we're U.S. citizens.

In fact, we weren’t even able to take advantage of the Economic Stimulus Payments that the U.S. government sent out last year, because they were sent in the form of checks. Banks in this part of Europe, at least, no longer accept checks (and we don't have, and don't want, a U.S. bank account, even if we could get one).

Please tell me: who we can go to for help; and how can we go about changing these laws, so my children won’t spend the rest of their lives chained, financially, to the U.S. IRS?