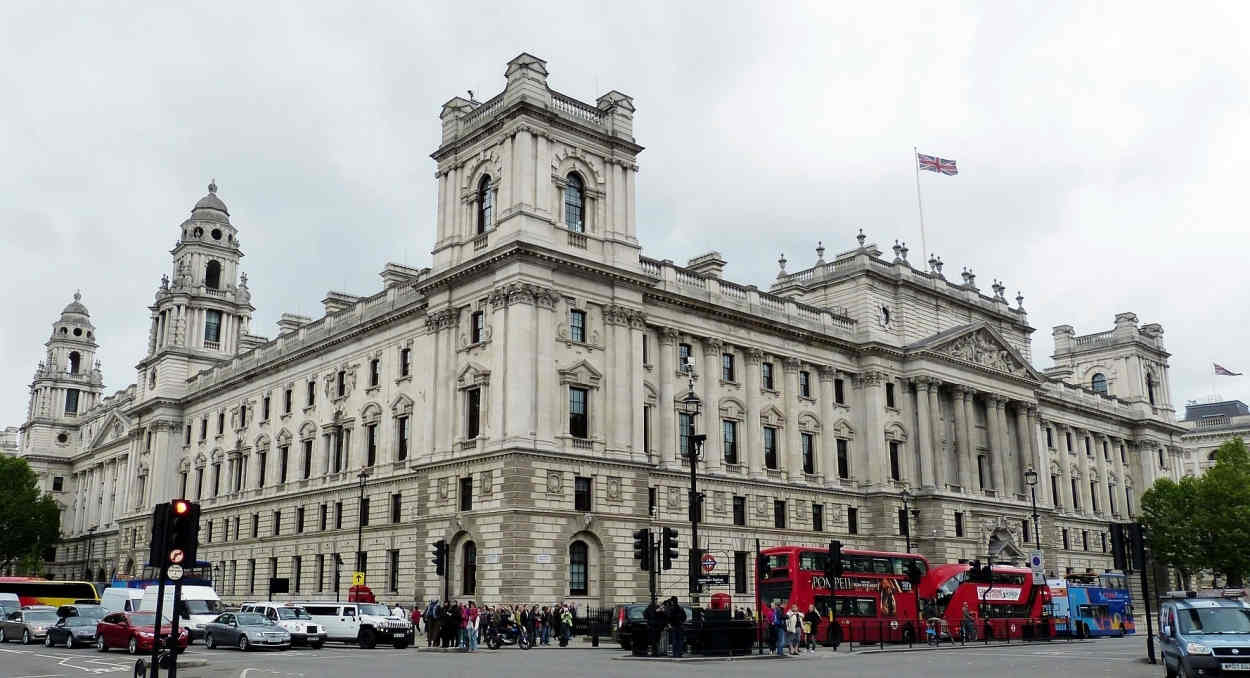 UK officials have twice turned down a Freedom of Information request filed by a U.S. born British citizen who was interested in knowing the “extent of…the annual disclosure of British taxpayer information to the US Internal Revenue Service, as per FATCA’s requirements" – even though similar requests to the Canadian and Australian governments were recently granted, The American Expat Financial News Journal has learned.

The British citizen, who requested anonymity, told the AEFNJ that it was her understanding that the ruling by the British Information Commissioner (ICO), which has now been published on the Information Commissioner's website, represented “the first time that the ICO has ruled on automatic exchange of information (AEOI), and it appears to be the first notice concerning HMRC that is about international relations.”

The Foreign Account Tax Compliance Act, or FATCA, is a 2010 U.S. law that relies on intergovernmental agreements between the U.S. and countries around the world to ensure that non-U.S. financial institutions collect financial account information on any American clients they have, and forward it to an entity of their country's government, which in turn provides it to the U.S. IRS.

FATCA was aimed at cracking down on U.S. citizens who used overseas bank accounts to hide assets and income from U.S. tax agencies, but it also affects Americans who live outside of the U.S.

FATCA has caused particular headaches for individuals who may have been born in the U.S. but who left when days, months or just a few years old, and who have never returned, but who continue to be expected to file U.S. tax returns every year, and potentially pay U.S. taxes in some situations. Among other things, in addition to having to file U.S. tax returns, such individuals often struggle to find banks and other financial institutions that will have them as clients.

The British citizen in this case, whom we shall call Jane Doe for the purposes of this article, said she considers herself to be a British citizen and not an American, and, like growing numbers of accidental Americans and long-term American expats recently, had recently taken steps to renounce her American citizenship.

She also asked how account-holders residing in Britain could check the information being forwarded about themselves, in order to “correct it if necessary.”

HMRC initially refused Jane Doe’s request, with a response dated April 26, 2018, but after she subsequently filed a complaint with the ICO about the way her request had been handled, the ICO intervened, and a revised response was forthcoming from HMRC in November, clarifying its position, according to the ICO document.

“She [Jane Doe] advised [that] on 14 May, the European Parliament [had] released a comprehensive report entitled FATCA Legislation and its Application at International and EU Level, which explains how FATCA data transfer violates the GDPR, and why no GDPR exception applies for FATCA data transfer, especially in the case of European citizen residents who were born in the USA but otherwise have no connection to the USA and have never lived there as adults, i.e., so-called ‘accidental Americans’,”  the ICO decision document, dated March 1, notes.

The GDPR, or General Data Protection Regulation, was a 2018 EU law that set new information privacy standards across Europe.

The ICO then proceeds to respond at length in explaining its decision to uphold HMRC's refusal to comply with Jane Doe's FOI request, detailing a number of factors it said had been taken into account, including the fact that it believed “disclosure of the requested information would prejudice relations between the UK and other states with whom it has tax treaties, including the USA, because such a disclosure would be perceived as a breach of the confidentiality afforded by an international tax treaty.”

“HMRC indicated that there is a global consensus towards increased exchange of information as a key tool for tax administrations to tackle tax avoidance and evasion,” the ICO also noted.

“The public interest in HMRC continuing to be able to receive information from other jurisdictions is consequently high.”

"She [Information Commissioner Elizabeth Denham] has reached this conclusion given the importance of protecting the UK’s ability to receive confidential information from other states and to uphold the UK’s confidentiality obligations in respect of the international treaties.

A brief biography of information commissioner Denham, on the ICO’s website, notes that she “is a strong voice for public access rights” and a “proponent of open government and open data.”

Last year, Australian media reported that a freedom of information request had revealed that Australia had provided the IRS with details of A$184bn held in about 862,339 Australian bank accounts by U.S. citizens living in Australia. The FOI had been submitted to the Australian Tax Office by an Australian lobbying group, Fix The Tax Treaty, which is fighting the tax treatment of U.S. citizens living outside of the U.S., The Sydney Morning Herald said last March.

In fact, Jane Doe told the American Expat Financial News Journal  today that she had been "inspired" by the Fix The Tax Treaty's efforts, which she noted had been reported on that organization's website.

More recently, in January, the news website of the Canadian Broadcasting Corporation cited a FOI response in its report that the Canadian government had shared "more than 1.6 million Canadian banking records with the U.S. Internal Revenue Service since [it started providing the IRS with such information under FATCA] in 2014."

"In 2016 and again in 2017, the Canada Revenue Agency provided the IRS with information on 600,000 Canadian bank accounts each year," the CBC report added.

Back in the U.K., Jane Doe, who came to the country as a young adult, said she is as-yet undecided about attempting to pursue the matter any further.

She added: "I find it disappointing that the UK government will not be transparent about a so-called 'transparency law’.

"If they do not report the aggregate data to the British people and to Parliament, then there is no way for any of us to assess how well FATCA is working.

"One thing that troubles me about the response to my request is that the FATCA data being gathered and transferred to the IRS by HMRC is not differentiated according to whether individuals are British residents or U.S. residents.

"FATCA was ostensibly intended to stop U.S. residents hiding money overseas, but British residents’ local bank data is being lumped together with that of U.S. residents."

Third time 'could be lucky'

David Treitel, managing director of the London-based tax advisory business American Tax Returns Ltd, said he thought the ICO's response "seems to hint that if it were asked the same question again, the answer might just possibly be overturned, because of GDPR, which came into force last year.

"On the other hand, the ICO also seems to consider that the public interest in not disclosing this information is high," he added.

"Hopefully, the anonymous complainant will ask their question again soon.

"As for 'accidental Americans', meanwhile, this suggests that professional advisers must continue to identify them, and inform them of their obligations to report."